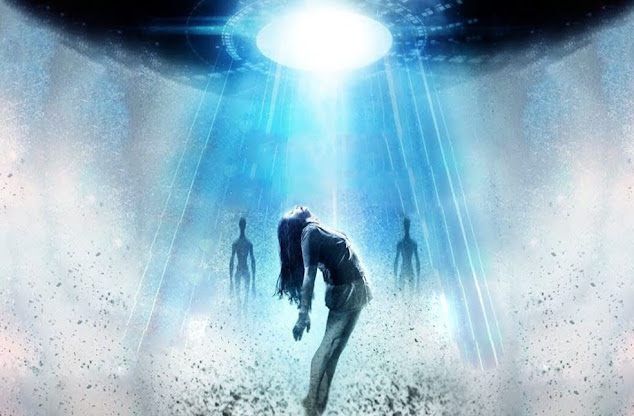 This article was published in New Dawn Special Issue Vol 13 No 1. 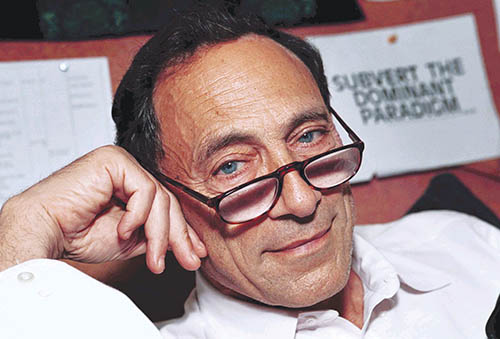 John E. Mack (1929–2004)
The question as to why abductees develop psychic abilities remains a mystery. However, one explanation is that these extraterrestrials are benevolent and want to enhance humanity’s psychospiritual development. The idea of otherworldly beings assisting humanity is integral to the culture of shamanic societies in which the shaman communicates with spirit-helpers to acquire knowledge or wisdom that can benefit the community.
The religious historian Mircea Eliade talks about how “the shaman frequently sees and consults with his guardian spirit… has it help him, and uses it to help others to recover from illness and injury.”16 Comparing shamanism and the strangeness of alien encounters, shamans and abductees could be essentially communicating with the same benevolent ‘alien’ intelligence that, in certain cases, aims to physically, emotionally and spiritually heal humans.
Possible theories and explanations
Much research has been undertaken into the psychological makeup of abductees to assess whether certain personality traits increase the probability of individuals experiencing paranormal occurrences.
While these studies are valuable from a scientific perspective, they do not say anything meaningful about the experience itself. If paranormal occurrences are real but can only be experienced by a certain personality-type, it would make sense that abductees share a common psychological profile. This does not make their experiences invalid or delusional in any way, however.
From a philosophical perspective, all sensory experience is mediated through the psychology of the mind. If you placed a highly attentive individual in the middle of a city, they would notice certain faces, objects and buildings that other people might not; this does not mean that what they are witnessing is purely imaginary.
Rather, their psychological predisposition enables them to experience a wider range of sensory input than the ‘ordinary’ person. In this sense, it could be argued that abductees are more likely to experience paranormal phenomena because they are more perceptive, insightful and open to such experiences.
Empirical science may never be able to explain the relationship between alien abductions and the paranormal if these experiences are representative of a reality that exists outside the ordinary boundaries of sensory perception. As many UFO researchers have noted, the idea that abductees are communicating with entities from other worlds cannot be entirely dismissed.
The UFO researcher Nick Pope suggests that the “idea of abductions being explained in terms of our reality interacting with other realities must be considered. If abductions are taking place, then it is possible that those responsible might come from another dimension or parallel universe.”
Writer C.D.B. Bryan also believes that “there might exist simultaneous other realities; further, that it is during, or within some sort of overlapping of these realities that alien abductions occur.”19In this sense, the relationship between alien abductions and the paranormal might be explained through the existence of other dimensional realities, which abductees are able to access through altered states of consciousness. 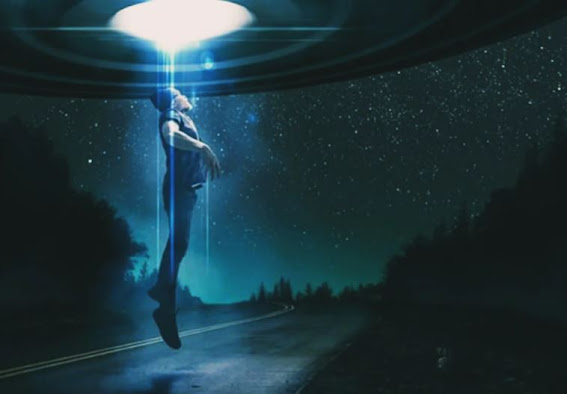 This explanation makes sense from the perspective that the brain operates like a television set and can ‘tune into’ different frequencies of reality. The writer and journalist Graham Hancock is a well-known proponent of this theory and says that “the relationship of consciousness to the brain may be less like the relationship to the generator to the electricity it produces and more like the relationship of the TV signal to the TV set.”
In this sense, the brain does not create consciousness but acts as a bioelectrical conduit for its reception; the world that we regularly perceive is one of many dimensions that theoretically exist but remain inaccessible during ordinary states of awareness. Abductees, however, possess the ability to ‘tune’ into other frequencies of reality and communicate with entities of an interdimensional nature.
While scientific materialism claims that consciousness is generated by the brain, this argument presents a profound philosophical problem: how do electrical circuits in the brain, which are non-conscious, produce consciousness?
This question becomes much less problematic if we assume that the brain ‘receives’ consciousness and other realities can be accessed when the biochemical composition of the brain is altered. From this perspective, alien abductions and certain paranormal experiences are pointing to other dimensional realities that materialise during altered states of awareness.
Although this theory of consciousness contradicts the materialistic view that alien abductions result from biochemical activity in the brain, these perspectives are not incompatible. There is no reason to assume that because alien abductions occur within the brain that they have no dimensional reality. From a philosophical perspective, all sensory experience has a neurological explanation.
Our entire perception – colour, shape, taste, smell, touch – is the product of biochemical processes that occur within the mind. If we assume that the brain acts as a receptor for different frequencies of reality, then it is possible that abductees are accessing alternate worlds and communicating with entities of an interdimensional nature.
Parallel Universes and Quantum Physics
The idea there are multiple dimensions is increasingly supported by modern science, particularly in the field of quantum physics. In 1957, Princeton graduate Hugh Everett III proposed the ‘many worlds’ interpretation of quantum mechanics as a means by which to resolve the ‘wave-function collapse’ problem. The wave function is a mathematical expression of all potential states of a subatomic system, such as every possible location of a quantum particle.
One cannot attribute a greater degree of reality to one state over any other; they all exist as mathematical potentialities until they are measured by a conscious observer, at which point the wave function ‘collapses’ and a single state becomes observable. This poses a problem in regard to what defines ‘measurement’ and why the act of observation affects reality at a subatomic level.
In order to resolve this problem, Everett theorised that when a measurement is made one outcome occurs in the universe that we are currently occupying and another occurs in an alternate universe. In this sense, there are many different universes, not that different from our own, in which all possible outcomes occur. 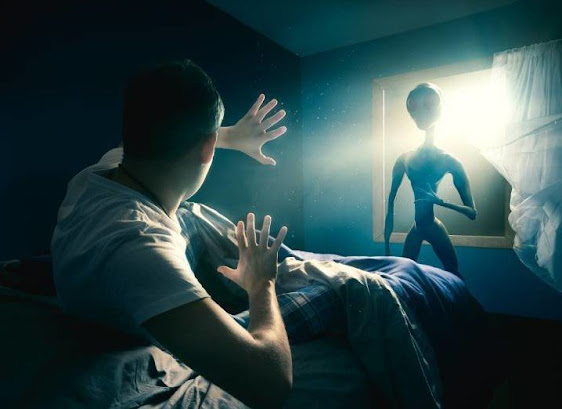 The ‘multiple-worlds’ theory has since been developed by other scientists. In 2014, physicists Michael Hal, Dirk-Andre Deckert and Howard M. Wiseman published an academic paper entitled ‘Quantum Phenomena Modelled by Interactions between Many Classical Worlds’, in which they propose there are an infinite number of universes that overlap one another and occupy the same region of space-time simultaneously. Furthermore, multidimensionality is a key component of string theory, which proposes that subatomic particles are comprised of multidimensional ‘strings’ or ‘string-loops’.
As modern science finds more evidence for the existence of multiple universes, the interdimensional explanation for alien abductions and their connection to the paranormal starts to make a lot more sense. As the American ethnobotanist, mystic, and psychonaut Terence McKenna (1946–2000) observed, “if you take the broad world of the so-called mysteries – parapsychological, shamanic, extraterrestrial, and so forth – and hypothesize another spatial dimension, then all these mysteries become trivial… This sort of thing becomes quite the ordinary run of things if were hypothesize dimensions hidden from ordinary experience.”23
Conclusion
As one can see, there is a close relationship between alien abductions and the paranormal. The research undertaken by Simon Brian Harvey-Wilson, Denise Stoner, Kathleen Marden and John E. Mack suggests that many abductees experience poltergeist activity and develop healing abilities. They also experience a greater connection with friends, family and the environment as part of a wider spiritual transformation.
While scientific materialists might claim that abductees are more prone to paranormal experiences because of their neurology, this argument is redundant when one considers that all sensory experience originates in the brain. Just because a phenomenon has a neurological explanation does not make it invalid or implausible.
An intriguing explanation for alien abductions and the paranormal is that they reflect alternate dimensions existing outside the ordinary boundaries of sensory perception. From this perspective, the brain operates much like a television set and can ‘tune’ into different frequencies of reality. While this theory may seem absurd, modern science is finding increasing evidence for the existence of multiple dimensions. The ‘many worlds’ interpretation of quantum mechanics, as well as the theoretical framework of string theory, suggests there are multiple universes overlapping each other within the same region of space-time.
If abductees are able to somehow access these parallel worlds and communicate with beings of an interdimensional nature – or indeed ‘extraterrestrials’ are breaking through into our world – then paranormal phenomena could be the result of interacting with these alternate dimensions.
Jack Fox-Williams graduated with a BA Hons degree in Philosophy and History from Goldsmiths University, London, in 2014. Since then he has worked as a freelance writer in Cornwall, England, focusing on philosophy, hermeticism and alternative science. He can be contacted via email at [email protected]
© Copyright New Dawn Magazine, www.newdawnmagazine.com. Permission granted to freely distribute this article for non-commercial purposes if unedited and copied in full, including this notice. If you appreciated this article, please consider a digital subscription to New Dawn.