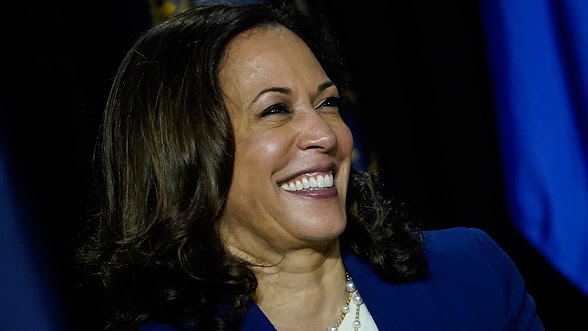 (Planet Today) During Vice President Kamala Harris’s time as the Attorney General of California, her office colluded with abortion providers while pursuing a criminal case against pro-life journalist David Daleiden, who is also the president and founder of the Center for Medical Progress (CMP), according to his attorneys.

CMP released damning undercover videos exposing the role of Planned Parenthood executives in trafficking fetal tissue. While serving as AG, Harris used the release of the footage as justification for charging Daleiden with violating a state eavesdropping law in an unprecedented move. Part of her office’s investigation involved seizing materials from the journalist’s apartment, including additional unreleased videos of Planned Parenthood and other technology.

According to attorneys for Daleiden, Deputy Attorney General Johnette Jauron, a Harris appointee, admitted in May that she had abused her office’s powers by giving that footage, along with other materials that were seized during the 2016 raid on the journalist’s apartment during Harris’s criminal investigation, to the National Abortion Federation (NAF) as they were in the midst of a civil suit against Daleiden.

Although the AG’s office has argued that Jauron’s words were taken out of context, billing records from civil attorneys for the National Abortion Federation show that attorney Alexandra Laks billed $262.50 for something listed as “coordinate review of new videos.” Although the entry did not contain any additional details, it is noteworthy that the date on it was April 6, 2016, which was one day after the police raided Daleiden’s apartment. In addition, lawyers for the journalist say that the timing of various releases provides further evidence that the new videos in question were materials that were seized from his client’s apartment.

Documents also show that Harris’s office met with executives from Planned Parenthood just a few weeks before the raid on Daleiden’s home and held a conference call with an attorney for NAF, Derek Foran, to discuss “legal research regarding” a redacted subject; Foran later noted there had been “phone calls with superior court and California AG’s office regarding status of flash drive of NAF materials lodged in criminal case.”

Attorney Brent Ferreira told Fox News: “No discovery was provided by Mr. Daleiden’s attorneys in civil cases filed by PP and NAF at that time. The reference to new videos can only relate to the videos seized pursuant to the search warrant.”

Ferreira added that “this case is the most egregious abuse of prosecutorial power that I have ever seen and I was a trial and appellate lawyer in the Los Angeles County District Attorney’s Office for [30] years.”

This is not the first time that Harris’s cooperation with abortion providers has been questioned. In particular, there have been concerns about her relationship with Planned Parenthood, who is a major fundraiser for California Democrats in addition to being a target of Daleiden’s investigation.

Several Planned Parenthood entities, as well as other abortion-related groups, gave Harris a total of $81,000 for her campaign for California Attorney General as well as her bid for the U.S. Senate. It is also noteworthy that Harris never prosecuted Planned Parenthood, despite having evidence of their fetal tissue practices.

Daleiden told Fox News: “Planned Parenthood, NAF, and the California Attorney Generaevil beginning with Kamala Harris colluded to silence my reporting on illegal fetus trafficking and to obstruct justice in ongoing investigations of their practices.”

In a piece published on Breitbart last year, Daleiden commented that people should be free to speak without fearing censorship or retaliation from the government.

He added: “I will never bow to Harris’s radical disrespect for our freedoms to speak and think for ourselves. I hope that all Americans will unite together against her extremist attacks on First Amendment freedoms.”