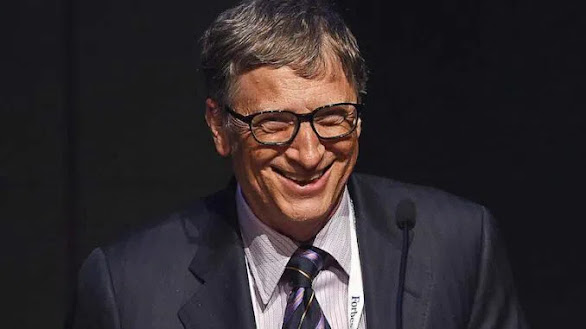 Billionaire globalist Bill Gates has urged world leaders to prepare for an imminent “bioterrorist attack” that will result in a pandemic much deadlier than Covid.

Appearing in a Policy Exchange interview with the chair of the Health Select Committee Jeremy Hunt on Wednesday, Gates called for the creation of a new World Health Organization (WHO) body to be formed.

During the interview, Gates demanded that tens of billions of dollars be pumped into funding a WHO “Pandemic Task Force.”

Infowars.com reports: The billionaire globalist argued that because he “predicted” the world wouldn’t be prepared for the current Covid-19 pandemic in a 2015 Ted Talk, humanity should heed his new warnings.

Gates praised Australia and New Zealand for their “competent management” throughout the Covid pandemic.

Those two countries have had some of the most draconian lockdown measures in the world.

When it comes to funding the next wave of pandemic preparedness, Gates called on the US and UK to be the primary bankrollers.

“It will take probably a billion a year for a pandemic Task Force at the WHO level, which is doing the surveillance and actually doing what I call ‘germ games,’” he told Hunt.

The “germ games” Gates describes involve hypothetical situations such as what to do “if a bioterrorist brought smallpox to 10 airports?”

Gates called for more factories to produce “cheap vaccines, eradicating the flu, getting rid of the common cold, making vaccines just a little patch you put on your arm.”

Sounding almost like a person engaging in blackmail, Gates sarcastically said the trillions of dollars and millions of lives lost during the Covid pandemic ought to be enough to convince nations to spend more on pandemic preparedness.

The Microsoft founder isn’t the only person worried about the return of smallpox via bioterrorists.

In June, the FDA approved Tembexa (brincidofovir) to treat smallpox.

According to the FDA website, “Although the World Health Organization declared smallpox, a contagious and sometimes fatal infectious disease, eradicated in 1980, there have been longstanding concerns that the virus that causes smallpox, the variola virus, could be used as a bioweapon.“

The federal agency approved the first drug with an indication for treatment of smallpox in 2018.