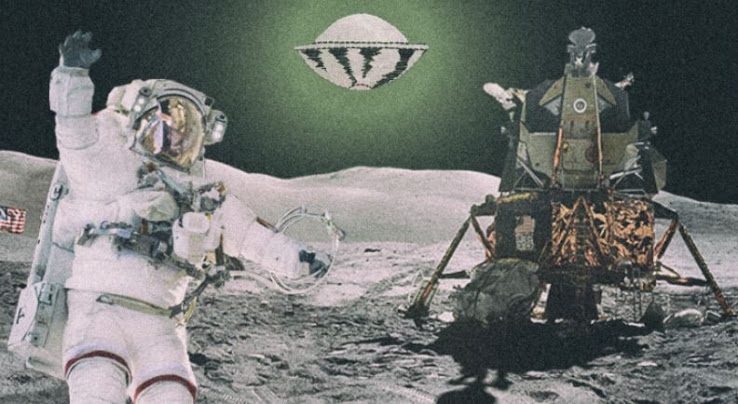 (Planet Today) Numerous anomalies were found by the UFO community after investigating thousands of official photos captured during the Apollo 17 mission. If you still don’t believe there’s something up there on the Moon, you should have a look at this.

Apollo 17 was the final mission of the US Apollo program that landed the first astronauts on the Moon in 1972. During the 12-day lunar mission, the crew captured more than 8,400 photos of the lunar surface which are now available on NASA’s website.
Years after the photos were made available, UFO hunters discovered curious objects in some of the images that look similar to spacecrafts, origins unknown. There are indeed some who believe the anomalies to be simple reflections or lens flares, but the mounting evidence tends to disprove these theories with ease.
Rober Morningstar, Analyst of strange phenomenon, has contributed to the already existing pile of lunar anomalies with another controversial photo of a UFO transiting behind the Lunar Excursion Module, just when it was about to be deployed on the Moon.

“It is, to me, the most stunning piece of film to come out of the Apollo Program,” said Morningstar about his release.
A similar UFO had been surprised by the Apollo astronauts upon reaching the lunar surface. The object maintained a consistent distance and it appeared to be spying on the newcomers.
This official NASA link will clear all doubts about its authenticity. Zoom in to the right, few inches above the ground.

Searching through the records of the Apollo 17 mission will bring other anomalies to light, such as the presence of this disk-shaped object located in the vicinity of the lunar landing module.
It is located at a considerable distance behind the lander, and appears in a single frame. Its behavior is similar to that of earthly military crafts that come to intercept any foreign devices intruding on their territory.
It’s true that nobody arrived to escort the astronauts, at least not that we know of, but there’s no denial that some of the Apollo 17 pictures are teeming with UFOs. 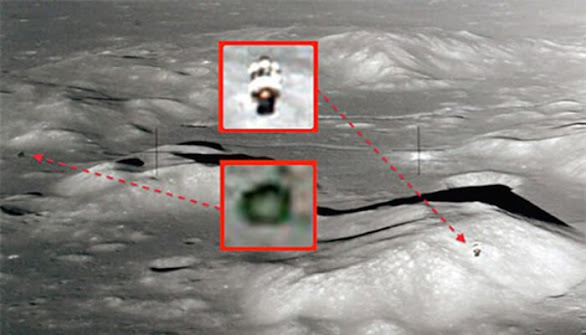 Apollo 17 mission is a record holder for the lengthiest lunar landing flight, largest lunar sample returned, the most extensive lunar surface covered by extravehicular activities, and also the longest duration spent in Moon’s orbit.
Apollo 17 remains the most recent manned mission to the Moon, with no other astronauts setting foot out there since 1972. Could this be only a coincidence?
The consistent amount of days spent both in space and on the Moon , as well as the fact that no other manned missions had occurred since then, raises numerous question marks.
Is it possible that the Apollo 17 astronauts came across a foreign lunar base? Were they encountered by UFOs or otherworldly crafts? If so, did someone restrict or deny human access to the lunar surface?
Why would the Apollo 17 mission gather such a great volume of samples, take so many pictures, and then never come back to further investigate their finds? Is the natural satellite orbiting our planet so desolate and unimportant that further missions were unnecessary?
Whatever the case, the above imagery clearly reveals some form of otherworldly presence, although the hypothesis of extremely advanced military devices doesn’t come out of the picture.
While it’s still hard to prove that the astronauts were intercepted by extraterrestrials, the reality of UFOs present in many stages of the Apollo 17 mission is a clear indicator (at least for some of us) that NASA might lie in favor to a concealed pact with otherworldly beings.