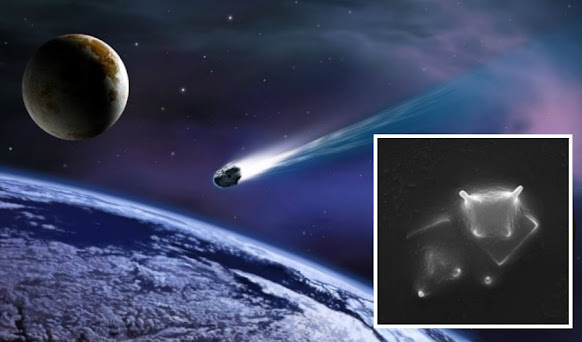 (Planet Today) This is it — the picture of a mysterious alien “organism” that is smoking gun proof that aliens do exist, claims scientists.

The creature was discovered by catching with powerful magnets pieces of debris from space. This particle is a “living entity”, according to researchers.
Professor Milton Wainwright of the University of Buckingham claims the picture proves that there is life beyond Earth. 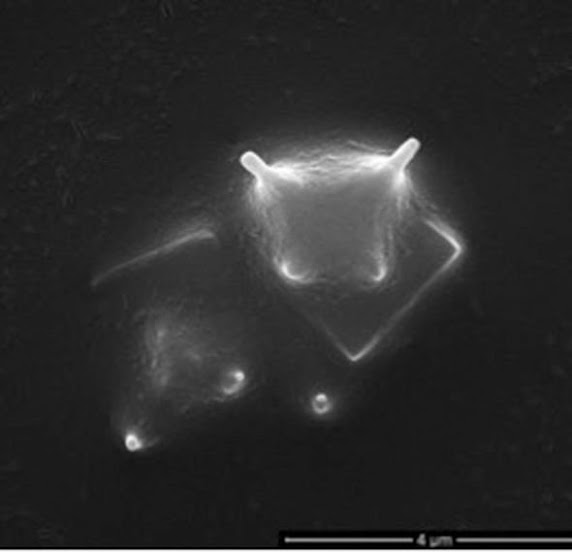 The ‘organism’ is said to be a complete living entity. Image credit: University of Buckingham
Wainwright explained that the photograph shows a salt crystal, where the bizarre horned creature breaks through. He added that there is a match with the hypothesis of panspermia, and said that life is not only in space, but it ends up constantly on earth.
“The picture illustrates what we believe to be alien microbes high up in the stratosphere” said Professor Wainwright.
“Our team has caused quite a stir over the last couple of two years by claiming these microbes are continually arriving to Earth from space. Our critics have been vocal in dismissing our work but, as yet, no one has provided a viable alternative explanation for our peer reviewed work.”
He said that it is a formless organism that has adhered to a grain of salt. It contains rare elements such as dysprosium, lutetium, neodymium, and niobium.
The particles that were found would have a to large mass to be carried from the earth’s surface to the stratosphere, and must have come out of space, according to Wainwright.
He is supported by colleague Chandra Wickramasinghe, which has long been said that we are not alone in the universe. Wickramasinghe and astrobiologist Gensuke Tokoro have published a study in which they concluded that there extraterrestrial microbes.