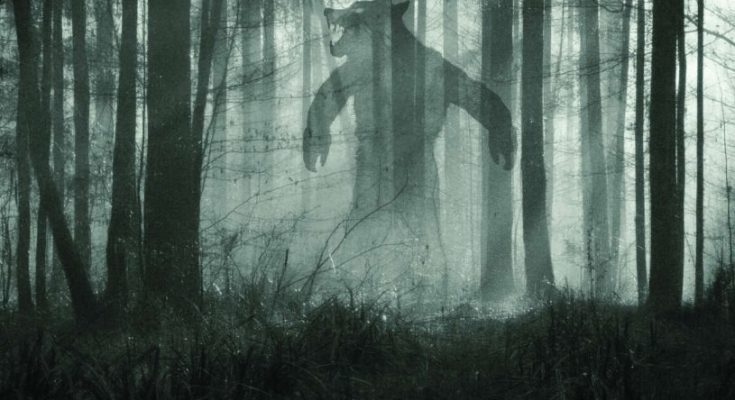 The Michigan Dogman is a 7ft tall bipedal canine first seen in Michigan in 1887. The creature has been sighted many times over the last century but never captured.

Description of the Michigan Dogman

The Michigan Dogman is described as being seven feet tall, having blue or amber colored eyes and having a howl that sounds like the scream of a human. It is said to have the torso of a man with the head, arms and legs of a wolf.

The Michigan Dogman is very similar in appearance to the Beast of Bray Road. Some have speculated that they may be the same creature.

According to legend the Dogman reappears every seven years though sightings have been reported more often than this.

Sightings of the Michigan Dogman

The Michigan Dogman or a creature similar to it has been described by the Native American Odawa tribe for centuries.

The first documented sighting of the Michigan Dogman was by two lumberjacks who were working in Wexford County. The two men were alone in the forest when they suddenly turned to see a huge wolf. They decided to chase after it to try and kill it but the creature reared up on its back legs. they quickly realised this was no normal wolf and they men ran.

Another man named Robert Fortney claimed he was attacked by a pack of wild dogs in 1937 in Paris, Michigan. He said one of the dogs raised itself up on two legs as is chased him.

Several other reports have been made of people seeing very large dogs that walk on two legs like a man. These include one sighting in Allegan County in the 1950s, and sightings in Manistee and Cross Village in 1967.

The Michigan Dogman was made popular by a song written by radio DJ Steve Cook. You can listen to it here:

The Legend of Dogman Song by Steve Cook

Possible Explanations for the Michigan Dogman

People could just be misidentifying wolves or wild dogs. The animals could have something wrong with them that causes them to walk on two legs.

As with any paranormal reports they could simply be made up or wildly exaggerated.

There may be an undiscovered wolf-like creature in the Michigan wilderness that has learned to walk on two legs like a human.

What do you think the Michigan Dogman is? Let us know in the comments.

If you enjoyed this article you may also enjoy learning about the Beast of Bray Road and other lesser known cryptids. 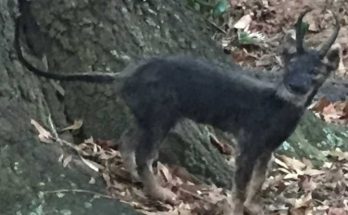 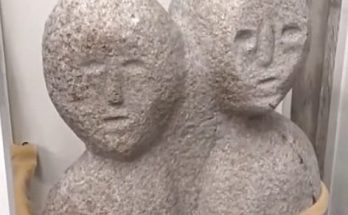