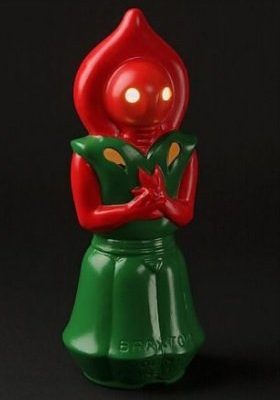 Just before dark on a September evening in 1952 four young boys were playing on the lawn of the Flatwoods Elementary School. Suddenly a bright light streaked across the sky overhead and seemed to crash into a hillside on a neighboring farm. Did these boys witness the crash of an extraterrestrial craft?

Tommy Hyer, Edward May, Freddie May and Neil Nunley were young residents of Flatwoods in Braxton County, West Virginia. As soon as they saw the object had crashed they ran towards it to see what it was. The May’s boys house was in-between the school and the crash site so they stopped in on the way to tell their mother, Kathleen, what had happened.

Kathleen called on a local National Guardsman, Eugene Lemon, and took the family dog with her and the boys to investigate the crash site.

The group reached the crash site and Lemon shined his flashlight up the hill. They were greeted with a terrifying sight. They saw a 10ft tall creature with glowing orange eyes. It had a head shaped like a spade from a deck of cards. Its hands had large claws. It appeared to be wearing a dark colored metal dress. A strange smelling mist hung in the air around the creature.It appeared to be levitating off of the ground.

When the creature saw the group it hissed and levitated towards them in an aggressive manner. They fled in terror and got away safely.

Eugene and Kathleen reported the event to the authorities who went to investigate but claimed that they didn’t find anything. Some of the group suffered from strange symptoms after the encounter. They had throat irritation, vomiting and nausea. They reported their illness to the authorities but they just dismissed it as hysteria.

It turns out that this sighting was not the fist encounter with the Flatwoods Monster. Mrs. Audra Harper claimed to see the Monster while out for a walk in the woods near her home near the town of Heaters, about five miles to the north of Flatwoods.

Harper and a friend were walking to a nearby store. The road leading away from her property was rough and uncomfortable fro walking so they decided to take a shortcut through the forest.

About half a mile into their walk the women noticed a ball of fire up on one of the nearby hills as they were passing. They initially dismissed this as their neighbors just messing around.

The women continued walking for a short distance and when they looked up at the hill again to their horror they saw a giant, dark silhouette of a man. The women were terrified and ran all the way back to Harper’s house.

The day after the boy’s sighting on September 12th another sighting occurred about 20 miles to the south near Strange Creek.

George and Edith Snitowsky and their infant son were driving on Route 4 between Clay County and Braxton County when their car suddenly broke down.

George tried to restart the car but didn’t have much luck. It was late and the road was deserted. While the couple were trying to decide what to do next suddenly a horrible sulfurous smell filled the air and caused the baby to cry. Suddenly a dark, 10ft tall creature appeared hovering in front of the car.

The couple described the creature as being reptilian and bony. The entity dragged its clawed hand across the hood of the car before floating off into the woods.

As soon as the creature was out of sight the couple’s car restarted and they drove off, terrified. The monster has reportedly not been seen since.

Skeptics have claimed that the witnesses were just seeing a large owl sitting on a branch above some other shrub, giving it the appearance of being much taller. It’s legs would then be coming out of the “creature” at about arm height and would have a clawed, bony appearance.

Many reports came in in the surrounding areas of a meteor on September 12th.

Believers would claim the meteor seen was in fact the creature crashing to the earth.

If you enjoyed this article you may also like to learn about some pre-modern UFO sightings or the Elmore Rider. 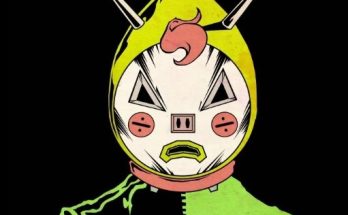