Varginha, Brazil is a city known for it’s coffee production, commerce and.. aliens! In Varginha in 1996 residents of the city reported seeing a number of unexplained creatures and UFOs. Some residents believe the government was involved in covering up evidence of alien contact.

Three young women, sisters Liliane and Valquíria Fátima Silva, and their friend Kátia Andrade were walking home during a rainstorm. They decided to take a shortcut through a vacant lot. To their horror in amongst the weeds growing in the lot they found a creature like nothing they had ever seen before.

The girls described the creature as having oily brown skin with rubbery looking limbs. It was about 5ft tall and very thing with glowing red eyes and V shaped feet. It had a head that seemed to be too big for its body with three round horns sprouting from it. It smelled strongly of ammonia. The creature appeared to be a bit dazed and possibly injured. When it looked at the girls they ran off in fear.

An artist’s rendering of the Varginha Devil

The Silva sisters ran home and told their mother what they had seen. She didn’t believe them until she went to the vacant lot to have a look for herself. The creature was gone but the strong smell remained and a dog was found intently sniffing the area.

Another sighting was reported by the janitor at the local zoo. In the several months following the sighting three of the zoos animals died in mysterious circumstances.

In Roger Leir’s book UFO Crash in Brazil several witnesses claimed that two of the zoo’s animals were taken to a special military clinic before they passed away.

It was about 1am on the 13th January 1996 when Oralina de Freitas was awakened by her cattle running and making noises near the house. She went outside to investigate and saw the cattle being disturbed by an object in the sky.

It was a large grey object, the size of a bus, with smoke coming out of it. The smoke dropped towards the ground and covered the area in a fog. The object didn’t make any noise.

She called out to her husband who was inside watching television. The two of them stared in wonder as the strange craft floated above their farm for around 40 minutes.

Eventually the object headed towards Rodovia Fernão Dias and then disappeared from view. The couple did not sleep that night.

In the 13th of January 1996, local pilot Carlos de Souza described seeing, on an object with the same characteristics reported by the couple. He was heading to Minas Gerais where he was going to fly in an ultralight flight demonstration with some friends. While driving along the Fernão Dias Highway, he saw the strange object passing in the sky and apparently falling somewhere between Varginha and the neighboring city, Três Corações.

Assuming the object was a human aircraft he followed it to where is crashed and was preparing to offer help. When he reached the crash site he was surprised to see that the Army and the Military Police had already surrounded the wreckage. The ground was littered with metallic debris but he could see no victims.

After a few minutes one of the soldiers present told him to leave and not mention what he has seen to anyone.

Many in Brazil and around the world believe these events to be genuine encounters with extraterrestrials that have been covered up by the Brazilian Government.

The Brazilian Military and government claim that there are mundane explanations for everything that occurred on January 13, 1996.

The Military argues that the girls didn’t see an alien creature but saw a homeless man named Mudinho who was mentally ill and simply covered in mud from the rain.

The firefighters and military trucks seen in the area were claimed to be carrying out routine army exercises.

If you enjoyed this story you may also like to learn about the flatwoods monster or some medieval UFO sightings. 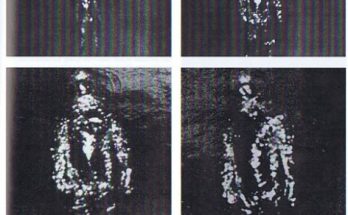