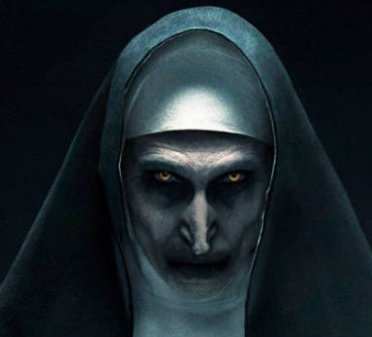 If you’ve seen the Conjuring 2 or the Nun you will be familiar with Valak, the demon Nun who terrorized the main characters. What you may not know is that these movies were based on real life stories of interactions with a paranormal entity.

Valak first came into our collective consciousness in the mid 17th century with the writing of The Lesser Key of Solomon. This is a grimoire written by an anonymous author detailing a list of 72 demons. Valak appears at number 62 on the list as President Valac.

The book features King Solomon from the Old Testament fame who was known for being a wise and powerful king. The idea that Solomon had special knowledge of magic and demons grew from the second century B.C.E. The Lesser Key of Solomon suggests that King Solomon vanquished the listed demons during his reign and provides readers with techniques and instructions for getting rid of them should they come into contact with them.

In the book the demon Valak is described as an angelic young boy who rides a two headed dragon. He is said to be able to summon snakes and household spirits at will. He is in command of an army of around 30 other demons who do his bidding. He is also said to be skilled at finding hidden treasures.

The Lesser Key of Solomon was one of a list of banned books distributed by the Catholic Church. In spite of this many priests were found to have a copy of the book in their possession and believe its contents to have some basis in reality.

In The Conjuring 2 and The Nun Valak is a terrifying demon wearing a nuns garments who stalks and attempts to drag the main characters to hell with her. This depiction is a combination of the lore of the demon Valak and the experiences of Ed and Lorraine Warren with several different paranormal entities.

The Real Paranormal Encounters That Inspired The Movies

Ed and Lorraine Warren were famous paranormal investigators who investigated over 10,000 instances of paranormal activity all over the world. They became famous after investigating the infamous Amityville Horror case.

Ed and Lorraine Warren’s son-in-law Tony Spera, told Esquire.com of an encounter his in-laws had with a real ghostly nun during a trip to Borley Church in southern England in the 1970s. After being informed of a series of paranormal events at the church such as bells ringing on their own, cryptic messages being left on the walls and ghostly figures being spotted in the garden the Warrens decided to investigate. They recruited a team of photographers to come with them to try and capture evidence of the haunting.

Legend has it that a nun was buried alive in the walls of the church’s convent after having an affair with one of the monks. When Lorraine entered the church she claimed to sense the spirit of a nun. The group captured some photos that they claim contain images of the nun.

An image captured during the Warren’s investigation of Borley Church.

Tony Spera also spoke of another encounter Lorraine had that seemed to be used as inspiration for the Conjuring movies. Not long after the investigation of the Amityville house Lorraine was in bed reading one evening. She began to feel a horrible dark presence materialize in the room. She looked up from her book and saw a whirlwind of black energy enter the room. She said it was darker than the blackest night, like looking directly into a void. She began to pray and the entity slowly faded away.

If you enjoyed this article you may also enjoy learning about the demon Zozo or the Enfield haunting.