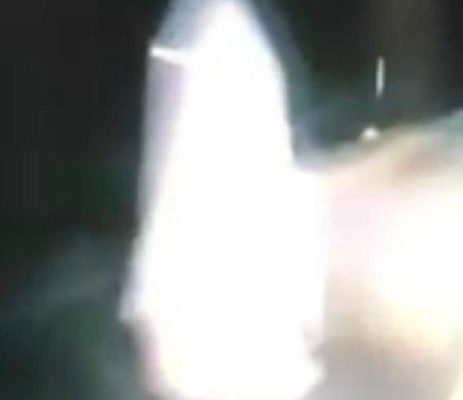 The popular Mexican legend behind the 2019 movie.

La Llorona is a legend that has been passed down by generations of Mexican families. Where did the legend come from and does it have any basis in fact?

Legend has it that a long time ago a lady named Maria married a rich man and had two children with him. Her husband was away working a lot and didn’t spend much time at home. When he did manage to come home he spent all of his time doting on the children and this made Maria very jealous. Suspicious of him she followed him out one day and found him with another woman. Filled with rage Maria returned home and murdered her two children, drowning them in a lake.

She immediately regretted killing them and cried out “Ay, mis hijos!” which means “Oh, my children” in Spanish. Maria then drowned herself in her grief. When she died and reached the gates of heaven she was denied entry. The angels told her she needed to go back to earth until she could find her children. She now wanders the earth, crying out for her lost children, mourning and weeping. She is said to float over bodies of water crying out for her children. Some say she even will attempt to kidnap living children or attack husbands who are cheating on their wives.

Origin of the La Llorona Legend

The legend of La Llorona is traditionally told throughout South America, Central America and Mexico. Some believe that La Llorona evolved from the story of conquistador Hernan Cortes having children with his Mexican interpreter and having to reject them due to the shame of it.

Scholars have pointed out similarities between La Llorona and the story of Eve and Lilith in Hebrew mythology and the Greek tale of the demigoddess Lamia. Lilith was banished from the Garden of Eden for disobeying Adam and God. She then made a life for herself having hundreds of children and the angels of God killed these children as part of her punishment. It is said that Lilith is a demon responsible for the deaths of still born babies. In Greek mythology Lamia was the mistress of Zeus. When Zeus’s wife Hera found out about Lamia and the children she had bore for Zeus she killed all of them. Out of jealousy Lamia was said to then kill the children of mortals.

Despite most people believing La Llorona is just a myth made up to scare children into behaving some people claim to have seen a spirit that fits her description.

In 2021 many people of social media reported seeing a ghostly lady in white looking forlorn and walking along the road near the river between Mines Road and Father Charles M. McNaboe Park in Laredo, Texas.

A local paranormal research group asked people to share their stories of any sightings in the area and were inundated with the responses causing the post to go viral. Several people reported seeing a lady wearing all white with a ghostly glow, looking forlorn as she walked along the highway near the river. One man even managed to capture a photo of her on his dashcam.

Is it possible that this lady in white is in fact La Llorona? Local paranormal investigator Edgar Vega believes it is her because the sightings increase after it rains when the water is running high in the river. Others are not so sure because the lady in white is silent while La Llorona is known to call out to her children. Maybe she has become more shy with the passing centuries.

If you enjoyed this article you may also enjoy learning about a doll that grows human hair or what it means when you find pennies everywhere.