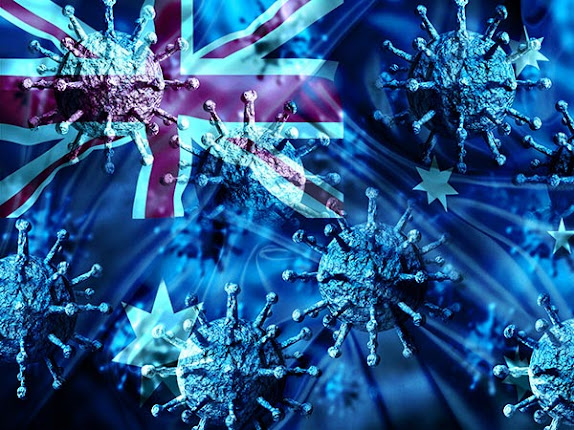 (Planet Today) In Australia, fines are becoming quite common for violating the country’s tight COVID-19 restrictions, and now the state of Queensland has threatened to take severe action against people who don’t pay their fines – even going so far as to threaten to take their driver’s licenses, bank accounts or even their homes.

So far, the capital of Queensland, Brisbane, has issued more than 3000 fines to people and businesses who have been accused of violating pandemic-related laws to the tune of $5.2 million.

These types of fines are not difficult to attract, as nearly anything related to conducting their daily business can get Australians ticket these days. Going too far from their home or venturing outside of their permitted bubble and getting caught spending more than the allotted one-hour outdoors is enough to get a ticket, as is getting caught without wearing a mask, even if you are alone. Tickets are also being given to people who enter closed quarantine zones such as parks and venues. Police are handing out tickets everywhere, including on the street and in random checkpoints on the state’s roadways.

On top of that, people who have left Queensland and then returned are routinely being placed in involuntary quarantine, mostly in hotel rooms, in yet another expense that Australians have to shoulder.

Police have also been taking advantage of the government’s required location scanning to identify violators and rack up more funds for themselves via fines. Citizens must scan their physical location through a QR code on their phone at checkpoints designed to help control the spread of the virus and facilitate contact tracing.

Because these checkpoints register a person’s physical location, it makes it easier for police and dedicated COVID-19 compliance officers to identify people who may be violating their draconian rules. For example, when a person checks in at a grocery store, the police can see how far away from home they are and determine if they may have been violating their permitted one hour of time outside of their home.

With many Australians finding themselves unemployed in the wake of the pandemic, a huge percentage of these tickets are going unpaid. In fact, just 56.4 percent of the fines have been paid so far or are in the process of being paid, while 25.2 percent are considered under investigation or open to being paid without the need for further action on the part of the government.

However, the remaining fines are subject to drastic measures. The State Penalties Enforcement Register is carrying out what it terms “active enforcement” on 18.4 percent of the fines, which equates to around $1 million in total. A spokesperson for the SPER has said that this could entail garnishing wages or bank accounts, suspending people’s driver’s licenses, or registering charges over their property.

In addition, there are more than 2,000 hotel invoices for quarantines that are now considered significantly overdue, totaling $5.7 million. Queensland has enlisted private debt collectors to encourage people to pay up; a Queensland health spokeswoman declined to say how much Commission the collectors would be earning with the arrangement.

Deputy Police Commissioner Steve Gollschewski said that police would be increasing their presence to crack down on violators, including checkpoints on roads where they will be checking to see whether people “have the right reasons to be out.”

He added: “It is a $1378 fine for contravening a direction from an emergency officer, which includes our police, and a $260 fine for a mask.

“If you continue to not comply, you face arrests and being put before the court.”