“Yowie Hunter” Jason Hill sets out every weekend in search of the legendary creature in the countryside in Australia and says that they are 3 meters tall, live in bushes and can attack and eat people.

Hill claims that several dozen times he had “close encounters with the Yowie” – the Australian counterpart of the Bigfoot, and assures that these creatures roam in whole groups not only in the wastelands, but also on the outskirts of large cities.
Jason Hill lives in Perth and every weekend travels to the forests surrounding the city in search of cryptids. He says that Yowies mainly feed on kangaroo meat, wallabies, berries, some snakes, and also eat human flesh.
“We’ve got a lot of people missing in the bush (Australian wastelands overgrown with bushes), and their cases still remain unsolved. Usually, they are attributed to murder at the hands of a person, but I think that at least some of them became victims of Yowie.”
This week, Jason met with reporters from the news site PerthNow and talked about, among other things, that the Yowies are covered with hair and can run at high speed.
“They can be quite small, about the size of a child, but they can also be giants, exceeding 3 meters in height. Such giants, for example, have been seen in the Blue Mountains.”
On the Australian Yowiewebsite, you can find a lot of evidence of the existence of these cryptids, mostly prints of their feet that are very large, as in the photo below. However, no one has any scientific evidence to confirm the existence of Yowie, like other Bigfoot beings.
Jason is sure he knows why this is happening. He says that this is because they are very smart and have learned to excel at avoiding people.
“If you look at every culture around the world, each has its own version of Yowie, be it a yeti or a sasquatch: so there must be something about it, it’s not just fiction.
“But the elders of the Australian aborigines know for sure that they exist. It’s part of their folklore, and they’ve passed on Yowie stories for millennia, but they try to keep it secret from everyone,”s ays Hill. 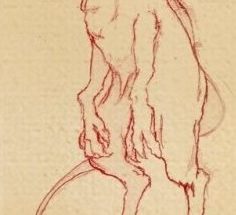 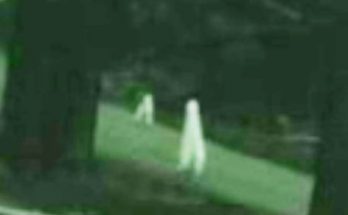