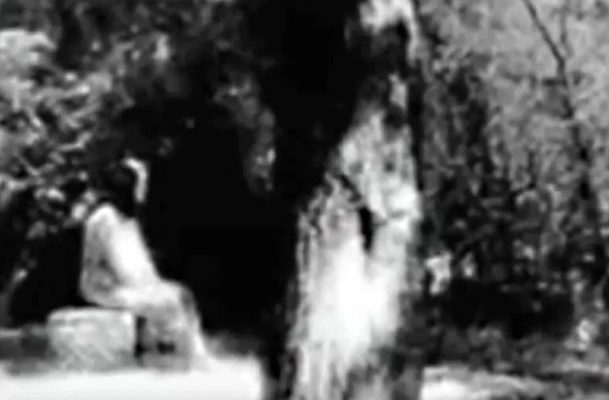 Ghosts are stereotypically depicted as white figures standing ominously in the distance. Why is this and what does seeing a white figure like this mean?

What does it mean when you See a White Figure?

In a paranormal context, seeing a white figure is often associated with the idea of ghosts or spirits. Some people believe that ghosts or spirits of the deceased can appear as white figures, and that these figures are either trying to communicate with the living. It could mean that the spirit is trapped and unable to move on to the next realm and is reaching out to your for help.

Additionally, some people believe in the existence of “elementals” or “nature spirits” which can also be perceived as white figures.

The white figure could also be a residual haunting. This when extremely negative events like death, rape or torture cause an explosion of negative energy that is imprinted upon the surrounding environment. This energy sometimes manifests as a white figure of the people involved in the event wand sometimes the event is replayed like a video.

Why do Ghosts appear as White Figures?

A video of a typical “white figure” spirit encounter

Spirits may appear as a white figure because it takes less energy to appear as a misty, translucent form than it would to manifest as a physical being.

A white figure is a form that takes the minimum amount of energy for a spirit to create. It can be created from water particles in the atmosphere, using the mist to shape the image of themselves that they want to present.

What does it mean if you see a white figure in a dream?

Have you ever seen a mysterious white figure in your dreams?

Many people have had dreams involving white figures that often have no facial features. They are as if they were a human covered with a white sheet or a translucent mist.

The meaning of a white figure in a dream can vary depending on the context and the individual’s personal experiences and beliefs. In general, white is often associated with purity, innocence, and peace.

So a white figure in a dream could represent the presence of those qualities in the dreamer’s life, or could symbolize a desire for those things.

It could also represent a spiritual or otherworldly presence such as a loved one who has passed away trying to communicate with you.

Without more information about the dream and the dreamer’s personal context, it is difficult to say for sure what the white figure specifically represents.

Think about the feelings that seeing the white figure conjured in you. If it made you feel afraid it might symbolize something in your life that you feel is haunting you. Maybe you feel guilty about some past behavior and this guilt is manifesting in the dream as a white figure.

If you feel positive feelings upon seeing a white figure in your dreams it might be the presence of someone you love who has passed on trying to reach you. It could also symbolize hope for the future.

Have you ever seen a white figure in real life or in a dream? Tell us your story in the comments!

If you found this article interesting you might like to learn more about residual energy or poltergeists. 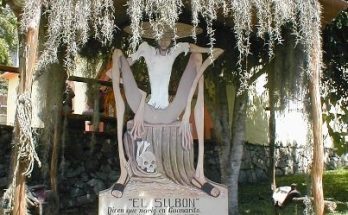