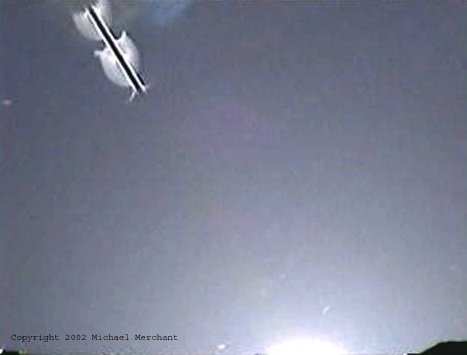 An alleged atmospheric beast caught on camera by Michael Merchant

For centuries people have witnessed strange phenomena up high in the sky. Some have reported seeing atmospheric beasts that are translucent and seem to be able to move freely in the air without wings.

What are Atmospheric Beasts?

Atmospheric beasts come in a number of different forms. Most resemble jellyfish or serpents. They are usually clear in color and translucent. They gracefully float through the air at the level of the clouds. They tend to move in an undulating pattern, like that of a snake.

Atmospheric beasts often have long tendrils or arms that float around as they move. They are thought to be very fragile and lightweight creatures.

Some believe that atmospheric beasts are alien life forms that are able to disguise themselves amongst the clouds. Others believe they are simply normal lifeforms from Earth that have not been properly classified due to their rarity.

Believers assert that when certain atmospheric beasts die they fall to the earth as a gelatinous rain. This phenomenon has been reported all over the world. One particularly famous occurrence was in Oakville, Washington in 1994.

One of the most notable atmospheric beast sightings was of a dragon-like creature in Indiana in 1891. It was dubbed the Crawfordsville Monster.

Two men were outside when they suddenly had an intense feeling of dread. They looked to the sky and saw a huge monster. They described the events to the local newspaper:

[It was] about eighteen feet long and eight feet wide and moved rapidly through the air by means of several pairs of side fins. . . . It was pure white and had no definite shape or form, resembling somewhat a great white shroud fitted with propelling fins.  There was no tail or head visible but there was one great flaming eye, and a sort of a wheezing plaintive sound was emitted from a mouth which was invisible.  It flapped like a flag in the winds as it came on and frequently gave a great squirm as though suffering unutterable agony.

One policeman described an encounter a strange, translucent creatuer he had while out for a bike ride. The creature seemed to appear from nowhere and smelled like mildew. It rubbed against him and felt like a soft blanket.

Those who have been touched by an atmospheric beast describe it as feeling like being licked by a large, soft tongue.

The most likely explanation for many atmospheric beast sightings is that the witnesses were seeing unsual cloud or fog patterns that resembled an animal.

However this may not explain all of the sightings of strange creatures in the atmosphere. It is possible that there are creatures that live high in the air that we are yet to fully understand.

Author Ivan T. Sanderson is a proponent of the theory that many UFO sightings are actually sightings of extremely low density animals that float around in the atmosphere and are rarely seen.

At the more farfetched end of the spectrum of possible explanations the creatures could be interdimensional, extraterrestrial or even spiritual beings.

Do you think atmospheric beasts are real? Let us know in the comments.

If you enjoyed this article you may also enjoy learning about the Oakville Blobs or Star Jelly.

Get it on Amazon.
(Affiliate link, we may earn a commission.)