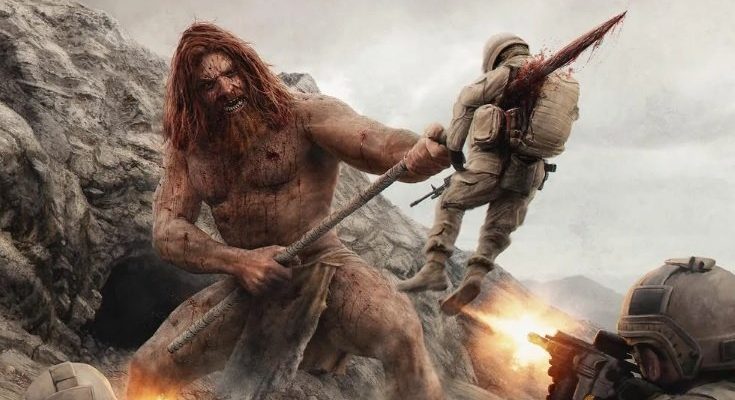 The Giant of Kandahar was a 12 foot tall human-like creature that was allegedly killed by the US Military. The Military claims it was a hoax but others believe the truth is being hidden.

The Story of the Giant of Kandahar

A man named Stephen Quayke called in to the “Coast to Coast” radio show to talk about a U.S Army squad that went missing in 2002. He claimed that the occurrence was still classified and the army refused to talk about it.

According to Quayke’s story, a special ops task force was sent to see what had happened to a squad of soldiers who hadn’t returned from a mission. The rescue crew were walking along a ragged mountain ridge when they came across a large cave.

The cave entrance was littered with broken military equipment. The tea were about to enter the cave to investigate further when a 12 foot tall man emerged from the darkness.

The creature had red hair and a beard, six fingers on each hand and two rows of teeth in it’s large mouth. It was wearing clothing made of animal skins and it had a repugnant smell like that of a dead body.

The Kandahar Giant immediately began to attack the soldiers and managed to impale one soldier with a spear.

The task force began to fire upon the beast. It took over 30 seconds of continuous gunfire to bring the giant down.

The Giant of Kandahar was allegedly loaded into a helicopter and whisked away, never to be seen again.

According to the witness, the giant wore canvas or animal hide covers on to protect its feet like moccasins and smelt like dead bodies. The creature’s body was airlifted back to the squad’s base by a helicopter and net. From there it was loaded into an aircraft and taken away, never to be seen again.

When the soldiers involved returned to the United States they were forced to sign non-disclosure agreements and warned not to tell anyone about what had happened.

Stephen Quayke broke his vow of silence because he felt people had the right to know about strange things that were happening on our planet.

Mr. Ballen covers the story of the Kandahar Giant

Is the Giant of Kandahar a Hoax?

The Department of Defense claims that they have no record of an encounter with the Kandahar Giant. Of course they would say that if it was still classified information.

Skeptics claim that filmmaker and author L.A. Marzulli heavily influenced the creation of this legend.

Do you think the Giant of Kandahar was real? Let us know in the comments.

If you enjoyed this article you may also be interested in the story of the Flatwoods monster or the Varginha UFO incident.