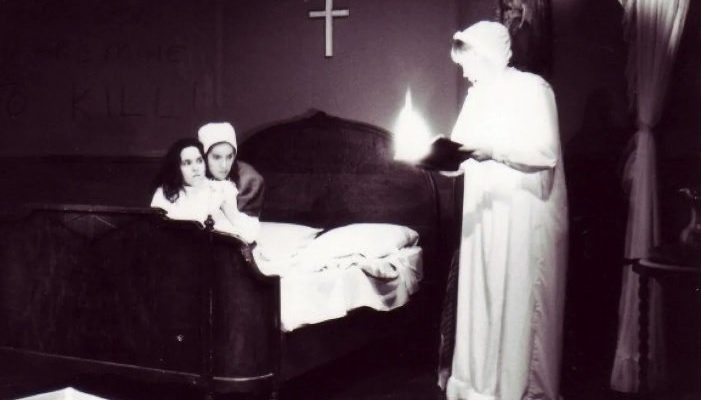 The house where most of the poltergeist activity associated with Esther Cox occurred. Photo: Wikipedia.

Between 1878 and 1879 Esther Cox and her family were subjected to a series of violent poltergeist activity. Was this case just a hoax or something more mysterious?

Esther Cox and the Poltergeist

In August 1878, 18 year old Esther Cox was subjected to a sexual assault at gunpoint by a male friend. After this Esther was not the same. She was in a constant state of distress. It was not long after this that strange phenomena began to occur around the house.

While Esther and her family were sleeping they would hear knocking and rapping noises throughout the house. Esther began to suffer seizures that would cause her body to swell up. Eventually objects in the house began to move around by themselves, even being flung across the room by an unseen force.

Esther’s family were frightened by what was happening and called in a doctor to check on her. The doctor gave Esther some sedatives. This seemed to anger the poltergeist and the activity increased. The family was able to communicate with the spirit using the knocking sounds.

The poltergeist activity continued for several months and many local people came to investigate. Many visitors witnessed the banging and object moving by themselves including local clergymen.

In December 1878 Esther fell ill with diphtheria and spent several weeks in bed. The poltergeist activity ceased while she was unwell.

When she recovered the mysterious activity began to happen again, now escalating to include fires. Esther claimed she could see a ghost which threatened to burn the house down unless she left the house.

Esther moved in with another family in January 1879 but the strange activity continued. Esther now was claiming to have been physically abused by the spirits. She had scratch marks, slap marks and was even stabbed in the back with a clasp knife.

Many local people believe she was making it all up and began to harass her in the street.

Interest in the case continued to grow as time went on. In March Esther traveled to Saint John, New Brunswick and was investigated by some local scientists. Esther claimed to be visited by several spirits who identified themselves as Bob Nickle, Peter Cox and Maggie Fisher.

After returning from Saint John Ester visited her friends, the Van Amberghs, for a while and was not bothered with any poltergeist activity while she was there.

In the summer of 1879 she returned to family home where the poltergeist phenomena returned with a vengeance. At this point the case drew the attention of famous actor Walter Hubbell.

Hubbell spent several weeks with the family and saw for himself several objects flying across the room and physical marks spontaneously appearing on Esther. He was even able to communicate with the spirits by their knocking.

Hubbell teamed up with Esther and took her on a speaking tour drawing audiences who would pay to hear her story. She was often heckled and after a fight broke out one night the tour was abandoned.

Esther returned to Amherst she began working for a man named Arthur Davison. Before long Arthur’s barn burned down and he accused Esther of Arson. She was convicted and jailed for a month.

After this the poltergeist phenomena disappeared for good. Esther went on to get married twice and have two sons. She died in November 1912 at the age of 52.

Was the Amherst Mystery a Hoax?

A documentary about the Amherst Mystery and Esther Cox

There are a number of things that point towards this case being a hoax.

Hubbell went on to write a book after staying with Esther which sold 55,000 copies. It would have been difficult for him to sell his book if it was not filled with miraculous occurrences but simply the manifestation of one woman’s mental illness.

Esther was clearly traumatized after a horrific event. Dr. Walter F. Prince wrote in the Proceedings of the American Society for Psychical Research (Vol XIII, 1919) that it was likely that Esther was suffering from mental illness and was partaking in trickery while in a dissociative state.

It seems likely that at least some of the poltergeist activity was caused by Esther and Hubbell with a financial motive. Perhaps there was initially something paranormal that was embellished upon until it became unrecognizable. We will probably never know for sure.

Do you think the Amherst Mystery was a hoax? Let us know in the comments.

If you enjoyed this article you may also be interested in the Enfield Haunting or the story of the Bell Witch. 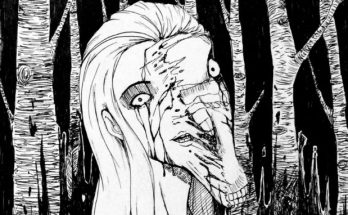