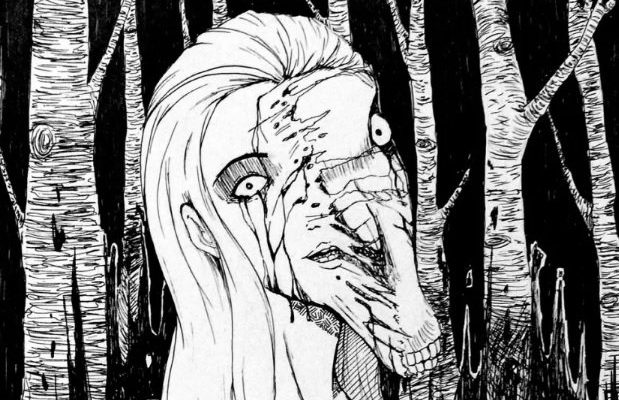 La Siguanaba: The Woman with the Face of a Horse. Photo: A Little Bit Human

La Siguanaba is the Central American legend of a beautiful woman spirit who lurks around the countryside looking for unfaithful men to prey on. She lures men away only to eventually reveal her face is that of a horse or a human skull.

The legend of La Siguanaba

La Siguanaba, also known as Sihuanaba, Cigua or Cegua, is a shapeshifting vengeful spirit from South American folk lore. The exact details of her legend vary from country to country but the gist is the same.

La Siguanaba started out as a peasant woman named Sihuehuet, meaning “beautiful woman”. Her beauty was said to be so incredible that she could seduce the gods. She used her natural beauty to seduce Tlaloc, the lord of the storm. She became pregnant with his child but after the child was born she was a terrible, neglectful mother and continued to sleep around with many different men and gods.

Sihuehuet was desperate for power and plotted to kill Tlaloc and take his place on the throne of the gods. She crafted a poison to kill him but the plan backfired, turning him into a monster that inflicted destruction upon the community.

Tlaloc was furious with Sihuehuet and got the help of the almighty god Teotl to turn her into a horrible monster, forcing her to haunt the earth and prey on unfaithful men. Tlaloc changed her name to La Siguanaba which means “hideous woman”.

La Siguanaba lures men to her by appearing as a beautiful young woman bathing in a natural stream on a moonless night. When a man approaches with sexual intentions she will engage him and bring him to a private place to have sex with him.

When they are alone she will then reveal her true identity, showing her face to be that of a horse or a human skull. The man will be so terrified he will either die of fright or go insane.

If her victim doesn’t die La Siguanaba will take the now insane man out into the wilderness and leave him to wander until he dies.

Variations in the Legend of La Siguanaba

A similar legend is prevalent in Spain where ghostly washerwomen who kill and devour any men who approach them.

In El Salvador La Siguanaba is said to have married Tlaloc’s son Yeisun. When Yeisun was away at war she slept with many other men and neglected their son Cipitio. In this version she tries to poison Yeisun and take his throne for one of her lovers. The plan backfires and La Siguanaba is cursed to wander the earth forever looking for her son.

In Guatemala La Siguanaba is said to appear as a beautiful woman to lustful men or as the wife or lover of faithful men. The man will embrace La Siguanaba and then realize that she has sharp claws, a pale dead face, eyes missing from their sockets and wrinkled, green skin.

In Mexico, La Siguanaba is always seen either lying down or walking away so her face cannot be seen. She will get men to follow her into the woods and when they are deep within she will turn around and say “Do I still look beautiful to you”? She will then reveal her face to be that of a horse with glowing red eyes and sharp teeth.

In some versions of the story once La Siguanaba has revealed her identity she will reveal her huge misshapen breasts and beat them against the ground angrily.

How to ward off La Siguanaba

The easiest way to avoid being killed by La Siguanaba is to not be creepy and hit on women who are trying to bathe in peace.

If you are unable to hold yourself back once La Siguanaba reveals her true identity it is said she can be scared away by pulling your hair, biting into a machete, a metal coin or a cross necklace.

She can also be scared away by yelling “no te vas a ir Maria, pata de gallina” three times. In English this translates as “you are not leaving, crabgrass Maria”.

Many people in South and Central America claim to have encounters with a ghostly figure which resembles La Siguanaba. You can watch this video detailing a few of them. There’s some spooky ones in the comments too!

Have you ever had an encounter with La Siguanaba? Let us know in the comments!

If you enjoyed this article you may be interested in La Siguanaba’s cousin La Llorona or Jumbees.