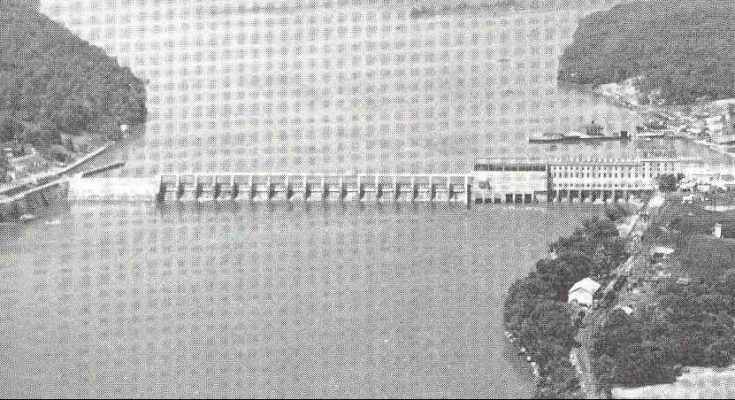 The Hales Bar Dam is a location with dark past that is popular with paranormal investigators. Visitors to the Hales Bar Dam have reported being touched by unseen forces, hearing disembodied voices and even native american flute playing.

History of The Hales Bar Dam

One the dam was opened for operation it had many leaks. The leaks were temporarily halted by pouring concrete into the dam. Despite years of attempting to repair the leaks the dam was eventually decommissioned in 1967.

Several hundred workers lost their lives during the construction of the Hales Bar Dam. This was not unusual for a large construction project of the time.

After the dam was completed 11 children lost their lives in or around the damn. At least two children were killed when using a tunnel that ran underneath the dam. When a large leak occurred in this tunnel the children were swept away and drowned.

The dam suffered a catastrophic failure in the 1960’s and flooded a huge are downstream. A cemetery was impacted by this flood and the graves of hundreds of children who had died during the Spanish Flu pandemic were washed away.

The dam itself is now long gone but some of the buildings that were connected to it are now used as a wedding venue and for paranormal tours.

In this video the paranormal investigators ask spirits at the Hales Bar Dam to move a specific playing card. They seem to obey.

The site of the Hales Bar Dam has long been associated with a Native American curse.

A treaty was signed between European settlers and the Native Americans in 1775 called Treaty of Sycamore Shoals. In this treaty the Translyvania Company purchased over 20 million acres of land from the Cherokee Indians. Cherokee Chief Drag Canoe opposed the treaty. He is said to have cursed the area to become dark and violent place for anyone who settled there.

There are many ghost stories surrounding Hales Bar Dam. Some believe that the souls of the lost workers, the children who died in the tunnel, and the those whose graves were disturbed continue to haunt the site for revenge.

Tapping is often heard coming from the inside walls of the building. This is believed to be caused by the spirits of construction men who were trapped in the walls during the construction of the dam.

Children can be heard giggling and whispering in the tunnel that goes underneath the buildings.

The spirits of Native Americans are often heard chanting of playing the flute.

The Hales Bar Dam is open to paranormal investigators and many have made their way to the site to see if they can capture anything on camera.

The Ghost Adventures team managed to record several aggressive EVPs saying things such as “I’m gonna shoot you all…”. They also captured a dark, shadowy entity on their thermal imaging camera.

Other paranormal investigators have reported hearing whispering in the tunnels, feeling disembodied touches and even seeing things move on their own.

Do you think the Hales Bar Dam is haunted? Let us know in the comments.

If you enjoyed this article you may also enjoy learning about Calico Ghost Town or the Old Coot of Mt Greylock.