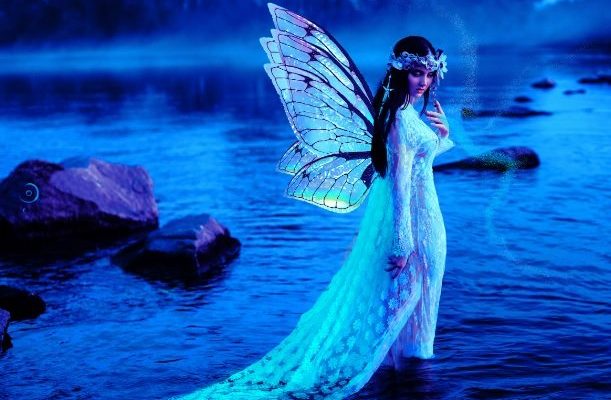 Water fairies are a small creature from European folklore. Sometimes friendly and sometimes fearsome you will never forget an encounter with a water fairy.

Location of the Water Fairy

Water fairies have been reported all over the world and have been known by various names such as water sprites, water nymphs, vilas and water elves.

They are said to live in or next to natural bodies of water. Sometimes water fairies act as guardians for these waterways.

In Ancient Greece water nymphs lived in locations in nature far from human settlements. If a lone traveler was careful and quiet it is said that they might be able to watch the water nymphs playing or bathing in pools of water.

Some believe that every body of water on earth is populated by fairies. Sometimes they are able to shapeshift into sea creatures or disappear into the water becoming invisible.

In Greek folk religion encounters with water fairies could be dangerous. Men who encountered them could be struck with stroke, the inability to speak, or madness.

If water fairies are not respected they may play tricks on humans or even lure them into the water to drown them.

Some evil water fairies haunt particular rivers such as Peg Prowler who haunts the River Tees. Peg Prowler is said to pull people who wade in the water down by their ankles until they drown.

Medieval Europeans had a number of practices to protect themselves from water fairies.

To protect themselves from water fairies they would wear:

In Celtic folklore offerings such as bread, fruit and baked goods can be left outside to appease the water fairies.