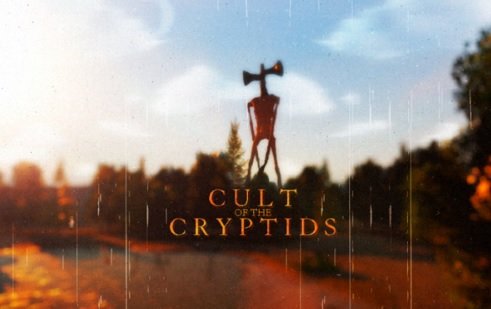 Cult of the Cryptids (also known as COTC) is a Roblox Horror Game made by iDeveloper. If you are looking for a game that contains lots of your cryptid friends and favorites then this is the game for you!

Cult of the Cryptids Gameplay

The game begins when a group of players (1-16) is taken from the lobby. A cutscene plays where a bus transporting the players crashes and the game title is displayed. Next the players are spawned into the first part of the game dubbed the Sheriff’s House Map.

The players must walk around and find a way to break into the sheriff’s house. Once inside they must look around for useful items and tools to repair the sheriff’s car so they can keep moving. If the players are able to repair the car within the time limit then they progress to the next stage.

In the next section of the game the players arrive at Seven Devils. Here they must repair the generator at the Fire Watchtower so they can call for help. The parts to repair the generator are littered around the map. The map is also filled with a number of cryptids and monsters that must be defeated in order to survive.

Cryptids Featured in Cult of the Cryptids

Lots of our favorite cryptids make an appearance in the Roblox game Cult of the Cryptids. Here is a round up of some of the real life cryptids that are featured in the game.

The Headless Horseman is a legendary type of ghost who has appeared all over the world since medieval times. He is described as a headless man riding on horseback.

In the game the Headless Horseman only spawns during the Halloween event. He is said to be able to one-shot-kill players.

Krampus is an imp like creature that is said to follow Saint Nicholas around to punish naughty children who don’t deserve Christmas presents.

La Llorona spawns near Lake Veronica and can be heard weeping. If the player gets too close she will drag them into the water. La Llorona is invincible. She can only be destroyed by clicking on her with the dolls from the hydro plant.

Mothman is a large, mysterious cryptid that has had numerous sightings, often before disastrous events occurred in the same areas. It is described as tall, with large moth or bat-like wings, no neck, and large red-glowing eyes. It is sometimes described as being shaped like a very tall human or sometimes shaped like a giant owl.

In the game Mothman spawns in old bridge near the warehouse. It rarely attacks players. Mothman deals around 10 damage, has 3000 health and is about the same speed as the player.

The Rake – Cult of the Cryptids. Photo credit.

The Rake is a tall, skinny humanoid cryptid similar in appearance to Slenderman.

In the game The Rake spawns in the forest near the warehouse, is very fast, has 2500 health and deals 12 damage.

The Wendigo – Cult of the Cryptids. Photo Credit.

The Wendigo is a giant, gangly humanoid that sometimes has a deer skull for a head. The Wendigo is said to cause humans to crave human flesh.

In the game the Wendigo spawns near the campsite, has 2300 health and deals a great deal of damage. Don’t get too close!

The Yeti – Cult of the Cryptids. Photo credit.

The yeti is an ape like creature, similar to bigfoot, that is said to live in the Himalayan Mountain Range.

In the game the Yeti is about 3 times the size of the players and spawns near highway 102.

The Yo-Yo – Cult of the Cryptids. Photo Credit.

Yo-Yo is the name given to a Mothman-like creature that terrorized the Native American Hopi tribe before being banished by a ritual. It is said to live in Arizona. It is described as about 6 feet talk with large red eyes, grey leathery skin, long claws and bat wings.

In the game YoYo has the same walkspeed as a player, deals 50 damage and has 14.000 health. YoYo spawns in the secret lab.

Where Can I play Cult of the Cryptids?

Not Deer: The Appalachian Cryptid