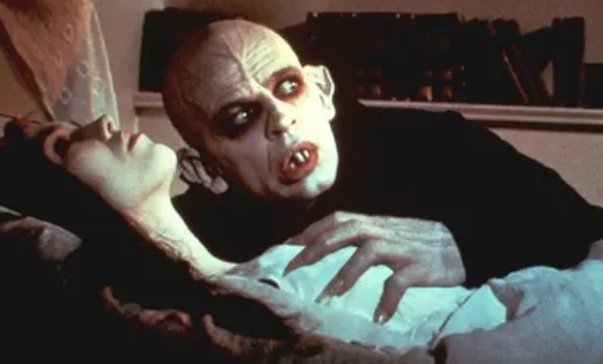 We’ve all familiar with vampires from the the sparkly vampires of the Twilight franchise to the more frightening variations like Nosferatu and Bram Stoker’s Dracula. What was the inspiration for these characters and have there been real life encounters with vampires?

Legends of vampires exist across the world with stories coming from almost every continent. The first reports of vampire-like creatures came out of the Persian empire. Pottery shards have been found depicting creatures attempting to drink blood from men.

The ancient cultures of Babylonia and Assyria had legends of a creature called Lilitu who has been connected to Lilith from Hebrew mythology. Lilitu was a demon who fed on the blood of babies.

These cultures had another vampire like creature called estries. These entities were female shapeshifting demons who lurked around villages at night looking to suck the blood of innocent victims.

Greco-Roman mythology has several entities who fit the description of vampires, feasting on the blood of humans under the cover of darkness, the Empusae, the Mormo, the Lamia and the Striges.

Empusa was the daughter of the goddess Hecate who feasted on blood by transforming into a young woman and seducing men before drinking their blood.

The Lamia sucked the blood of young children, preying on them while they slept at night. The striges were described as having the bodies of crows or other birds and feasted on the blood of both children and adults.

Another early legend that fits the label of a vampire is the story of the Egyptian Goddess Sekhmet and the ka.

According to the Egyptian Book of the Dead, The Egyptian goddess Sekhmet was known to have an insatiable taste for blood.

It wasn’t just Egyptian goddesses with this bloodlust however. The Ancient Egyptians believed that every person had an astral companion called the ka. The ka was said to be a spiritual double that lived on after an individual died but only if it had a place to live which is why the Egyptians took great care to preserve their bodies through mummification.

If the ka of dead individuals was not provided with adequate offerings it was said to leave the tomb and feast on the blood of humans to sustain itself.

The Ashanti people of West Africa tell of the sharp toothed tree dwelling vampire called the asanbosam. The Ewe people have the legend of the adze, which shapeshifts into a firefly that hunts children.

Madagascar’s Betsileo people tell of the ramanga, a living vampire who eats the nail clippings and drinks the blood of nobles.

The Loogaroo is a legend of a vampire that is widespread through the Caribbean Islands and the southern United States.

Similar vampire-like creatures in the region are the Patasola of Colombian folklore, the Soucouyant and and the Tunda of Trinidad. Hanging Aloe vera behind or near a door was thought to ward off vampires according to South American folklore.

In the USA during the late 18th and 19th centuries belief in vampires was widespread, particularly on the East Coast. There are many reports of families digging up the remains of loved ones who had passed away in order to remove their hearts, which they believed prevented vampirism.

In the Philippines, Malaysia and Indonesia there are the Mandurugo, the Penanggalan and the Manananggal who are known for eating peoples organs and drinking their blood. In Vietnam vampires were known as ma cà rồng and like to feast on the blood of pregnant women in particular.

The Neplach’s Chronicle contains two of the earliest European reports of vampire activity. The writings mention a shepherd named Myslata from Blov the 1336. Myslata died and was buried soon after but he didn’t stay in his grave.

Every evening he was reportedly seen walking around, talking to other village people who were all incredibly frightened. Before long he started to kill the people they visit. It was said if he said someones name they would die within 8 days.

Several nearby villages decided to exhumate his body and burn it. While his body was burning it let out a loud scream. One of the villagers stabbed him in the heart with a stick and a large amount of blood flowed out of the wound. After the body was burned the visitations stopped and no one saw Myslata again.

The second case reportedly occurred in 1344. Neplach wrote about a woman from Levín who after dying being buried came back to life. She is said to have killed several people and danced on top of their bodies.

Her body was also exhumated and a stake was put through her, blood started pouring out of her body as if she she was still alive.

Even after this she was still attacking the villagers so they burnt her body using wood for the roof of the church to start the fire. However, the wood wouldn’t catch fire until they used pieces of the church roof to start it.

A report from Croatia from in 1672 described panic descending upon the villagers as they believed Jure Grando who died in 1656 had become a vampire. The villagers claimed Grando returned from the dead and began killing people and drinking their blood. The leader of the village ordered that the corpse be beheaded and a stake driven through it’s heart.

There are a number of humans who identify as vampires. Some just like the aesthetic and like to wear dark clothes and fangs. Others believe they genuinely need to drink blood to sustain themselves and do this by taking syringes of blood from consenting humans.

If you enjoyed this article you may enjoy reading about the Banshee of Ireland or South America’s La Llorona.