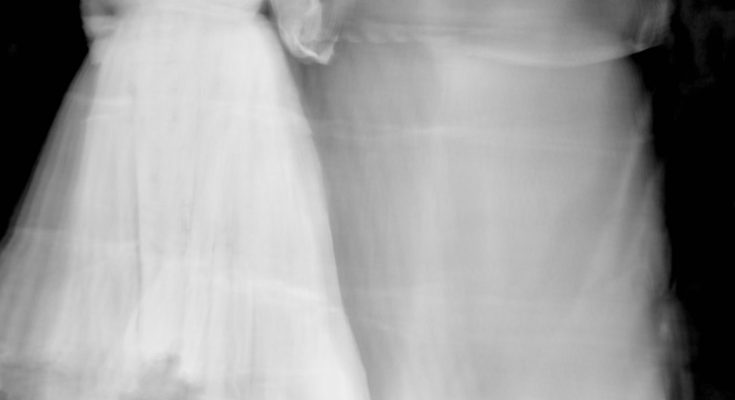 A typical grey frame family home stands at 5508 Martin Street in Detroit, Michigan. From the outside it appears to be a lovely residence for a family to move into and make memories in but inside lie unspeakable horrors waiting to be unleashed upon the next unsuspecting tenant.

The Adams family moved into the home in the early 1960’s. The family loved the house apart from being a bit spooked by the back bedroom. The children & the dog were afraid to go in there but couldn’t explain why.
There was nothing about the appearance of the bedroom that made it seem scary. It was very small with only enough room for a single bed and a built in closet. Bill Adams worked night shift in the Cadillac factory and would come home to sleep in this room so he didn’t disturb the rest of the family.

It wasn’t long before Mr. Adams started to have nightmares while sleeping in this room. He told the Detroit Free Press “They would leave me limp with fear, because they were so real. I would find myself sitting in the bed screaming, till my throat was sore. “One of the dreams was when I found myself opening a door, & a mutilated body fell out.” The nightmares only happened when he slept in the back bedroom. When sleeping in his own bedroom he slept undisturbed.

The family assumed there was something disturbing Bill and he was thinking about getting some therapy. In August of 1962 Bill’s mother came to visit from Georgia and stayed in the back bedroom. At breakfast after her first night she was pale and visibly upset. She told the family there were terrible sounds in that room and it sounded like someone was trying to break in through the closet. She was so disturbed by her experience in the room that she cut her visit short and returned to Georgia.

The Adams decided to test the room they would invite their friend Shirley Patterson to visit and stay in the room. Shirley was a practical, matter of fact Southern man who didn’t believe in the paranormal. They knew that if Shirley would admit to experiencing something in the room it was definitely real. The Adams’ didn’t reveal anything that had happened in the room to Shirley before his visit.

On his first night in the bedroom Shirley was lying facing the wall about to fall asleep when something turned him over onto his other side. He was now facing the door where a woman was standing. At first he thought it was Lillian, Bill’s wife, but he quickly recognized it wasn’t her and he began to shake uncontrollably. The woman had long hair and was wearing a short fur coat and a blue dress.

Shirley screamed as loud as he could and lunged at the woman. When he reached her she disappeared and every light in the house went out. Shirley went to the kitchen where he found Lillian and began to tell her what had happened when suddenly they heard a horrific wailing sound, half human and half animal. Almost immediately a horrible rotten stench wafted in from the back bedroom. Shirley and Lillian stood in the kitchen too frightened to move when the heavy trapdoor to the downstairs basement began banging repeatedly. They ran outside of the house with the children and called the police. The police couldn’t find anything that would explain these terrifying occurrences.

When Bill got home from work on October 28th, his wife & friend were waiting up for him. They retold the events of the previous evening as calmly as they could. Bill didn’t believe them and decided to test for himself one final time. He lay down to sleep in the back bedroom at 7.30pm and decided that this would be the night he ended the saga once and for all. He would either conquer the evil spirit that claimed the room or the family would move out and find somewhere else to live.

Lillian and Shirley slept in the front room with a small table lamp left on. Bill was lying on the bed when he though her heard Lillian enter the room. He told her she better leave or the spirit might not come back. To his horror when he turned over to look it wasn’t his wife in the room with him. Inches away from him was a horribly disfigured face. The eyes stared past him and the mouth moved to talk but only a hissing sound came out. The same terrible stench from the night before permeated the room. Bill ran from the room in a state of hysteria pulling clumps of hair from his head. Lillian and Shirley had to wrestle him to the floor to calm him down.

When Bill regained his senses he told them of the horrific image he had seen. They grabbed the sleeping children from their beds and fled to the neighbors house. The next morning the Adams family moved in with Lillian’s Parents in another suburb in Detroit.

When Lillian’s brother Leo and her sister Virginia heard the story they wanted to check it out for themselves.
Virginia stood out in the kitchen while Leo went to lie down in the room. A few minutes later an awful groan came from the bedroom. Leo came rushing out of the bedroom, pale, with a horrified look on his face. He refused to say what he had seen and the pair left the house immediately.

The landlord has refused to let any paranormal investigators into the house to see what could be causing this horrific haunting.

If you enjoyed this article you may also like learning about Zozo the Ouija Board demon or the Enfield Haunting.