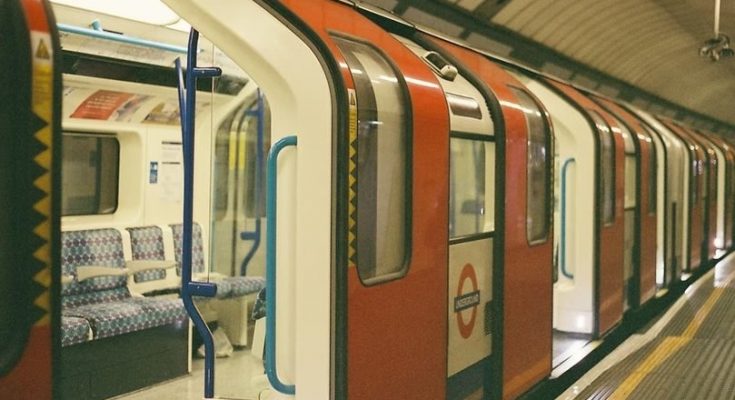 Thousands and thousands of people pass through London’s underground train stations everyday, using the Tube to get to work, school and anywhere else they need to be. The Tube has a long and varied history beginning with its opening in 1863. It is claimed to be home to hundreds of tortured souls, angry Egyptian gods and even the bodies of plague victims.

Bank Station has one of the oldest ghost sightings reported in the Tube. Many people have reported sightings of a sinister black figure lurking around the station. Some people report a putrid smell that comes and goes and others claim to feel an oppressive sad feeling as soon as they enter the station which lifts when they leave. It is suspected that the station is occupied by a spirit known as the ‘Black Monk’. According to legend the black monk was a Nun who was the sister of Phillip Whitehead, a cashier at a bank who was executed due to forgery in 1811. It is said that the nun waited outside the bank every evening for forty years as a vigil to her brother. When she passed away she is believed to have continued this vigil walking along the platforms at Bank Station for eternity.

The British Museum Station has been abandoned for over 80 years. Some believe the now empty tunnels at the stop are haunted by the Egyptian god Amun-ra due to Egyptian artifacts being stolen and displayed at the British Museum. It is believed that there is a secret tunnel leading from the station to the Egyptian room in the museum. People who spend time there often report feeling an angry and malevolent presence. Several people have gone missing in these tunnels and their disappearance has been blamed on Amun-ra. As well as this people have reported seeing the figure of an Egyptian Princess waiting and screaming around the station.

Bethnal Green was one of the deepest stations in 1943 so it was used as an air-raid shelter during World War II. Whenever the sirens rang out over London people would hurry down into the station for safety from the bombs. Unfortunately in 1943 an anti-aircraft macine gun was activated nearby which caused a panic. The terrified public rushed down into the station causing a stampede which killed over 170 people. It is said that the panic screams and pained moans of these victims can still be heard at Bethnal Green Station to this day. At first you will hear muffled screams in the distance but the more you focus in on them the louder they become until it is overwhelmingly loud.