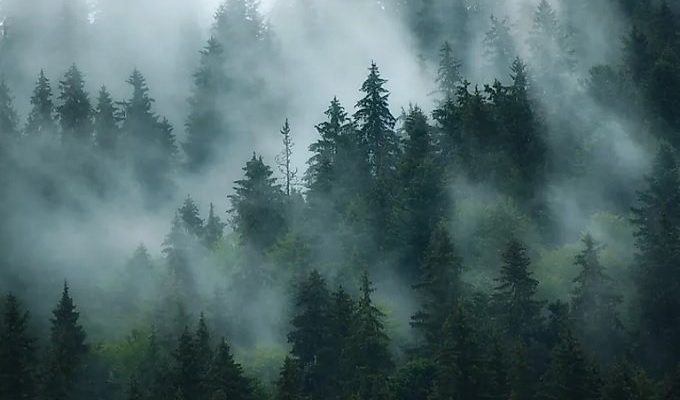 There have been reports of people seeing a mist the body immediately after someone passes away. This strange occurrence is sometimes seen by family and friends at the bedside of the dying person and also by the health professionals caring for them. In some reports more than one person has seen the mist at the same time. One woman reported that as her husband was dying he saw hands reaching down from the ceiling towards him and he reached up towards them and passed away. At the moment of death, she saw a mist leave his body and move towards the ceiling. A physician on a golf course saw a man collapse and ran over to assist him. He was with the man as he passed away and he saw something like smoke separate from the body and float away. William Barrett in his book, Death Bed Visions, retold several reports of mist leaving the body of a dying person. In one case a dignitary of the Church and his wife both saw what they described as a ‘delicate veil or mist’ leave the body of their son as he passed away.

There is a mysterious phenomenon dubbed electronic fog which is a grayish cloud of electromagnetic fields which forms above the ocean. When an aircraft or boat enters this fog it attached to them and causes all electronic instruments to malfunction. Sometimes the vehicle will disappear after entering the fog. Many of the planes that have gone missing in the Bermuda Triangle are believed to have been victims of electronic fog.

A woman named Kelly reported seeing an unexplainable cloud of fog in her living room one day. She was sitting on the couch with her husband when suddenly a puff of smoke or fog rushed between them then stopped in front of their faces, swirled up to the ceiling then disappeared. Kelly asked her husband of he saw it and he said yes but he wasn’t sure what it was. Kelly and her husband don’t smoke and had no windows or doors open at the time. They could not think of any mundane explanation for it and decided it may be the spirit of someone coming to visit. It is fairly commonly accepted within paranormal circles that spirits can appear in the form of fog to the naked eye or on camera. Many people have witnessed them outdoors, in graveyards, battlefields and historical sites.

It seems fog is more than a spooky setting for a good story. It appears to sometimes be much more mysterious than we had ever imagined.