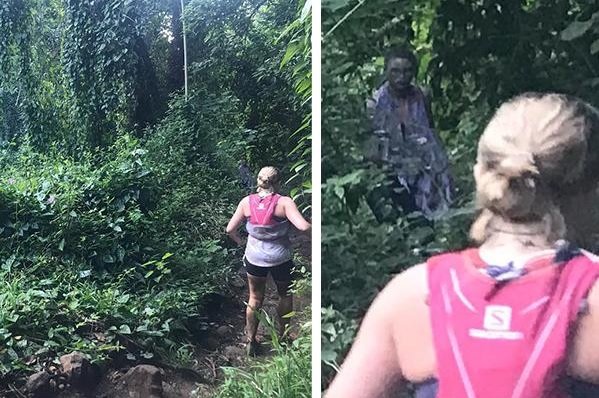 Telling ghost stories is an important part of Hawaiian culture. Their ancient temples and sacred burial sites are filled with references to the paranormal. Most people from Hawaii have one or two good ghost stories to tell from their personal experience. One of the most common encounters reported in Hawaii is the Night Marchers, or Hukai’po also known as the death dealing ghosts. The first written account of the night marchers was in 1883. The account described several sightings of ghost soldiers following the spirit of King Kamehameha the Great on Big Island. Many other oral accounts are recounted by locals making up the lore of the Night Marchers.

The Night Marchers are a group of paranormal entities who move together in a group to the sound of drumming. Some say they are the spirits of a legion of warriors lost in battle. Others claim they are high-ranking ruler spirits being travelling to welcome new warriors to join in their ghostly battle. Maybe they are lost and simply searching for the entrance to the other side. The most commonly accepted legend states that the Night Marchers are ali‘i: immensely powerful leaders who are thought of as physical representations of the gods. They must be treated with the utmost respect. If the observer does not treat them with respect they will face deadly consequences.

Night Marchers are said to roam through very specific locations such as the Nu’uanu Pali Lookout, Ka’a’awa Valley and Kalihi Valley on Oahu. They can be identified by their raised torches, chanting and drumming sounds. While they have occasionally been spotted during the day for the most part they only appear at nighttime. They are said to float a few inches off the ground but still sometimes leave mysterious footprints behind. The Night Marchers are more likely to appear during bad weather such as storms, heavy rain, wind or fog. Many residents report seeing a mysterious line of torches crossing the island in the distance every now and then. They don’t dare investigate.

What should you do if you encounter the Night Marchers? Islanders state that you must never interrupt the procession. Legend has it that being seen by the Night Marchers may result in bad fortune for the witness therefore one should avert their eyes and lay low to the ground as they approach. The Night Marchers are determined to reach their destination and do not take kindly upon anyone interfering with them.

Many locals may not have personally seen the Night Watchers but vehemently much believe in their existence. If you are out walking in the night in Hawaii and the faint sound of drumming sends a chill down your spine remember to show the ancient warriors respect, avert your eyes and keep out of their way.