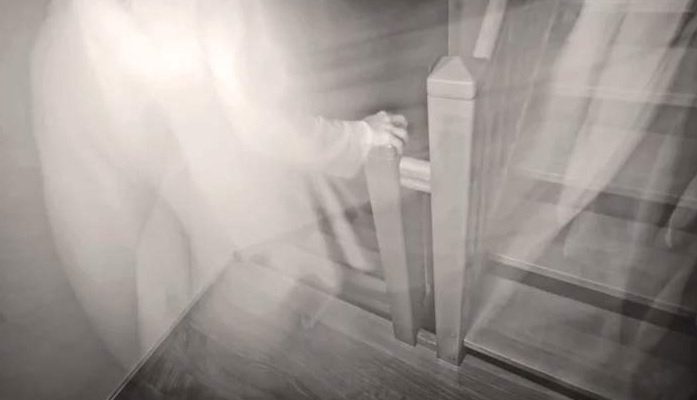 Residual Hauntings also known as the Stone Tape Theory can explain some of the most common paranormal experiences reported. The idea is that extremely negative events like death, rape or torture cause an explosion of negative energy that is imprinted upon the surrounding environment. The haunting that occurs is not interactive it is more like a recording of an event that is replayed over and over again.

Reportedly it is not only negative events are able to cause the imprints but also extremely positive events like parties and weddings. Perhaps all that is required is a large amount of energy regardless of its origin.

These hauntings tend to play out initially in auditory form. The experiencer will be resting in bed when they begin to hear noises of a party like laughter and clinking of glasses. When they get up to investigate the cause of the sound nothing can be found. Sometimes experiencers report seeing an apparition that always appears in the same place and repeats the same actions for example a woman walking down the stairs.

When people try to interact with these apparitions they tend to stare blankly ahead, unaware of the persons presence. The ghostly figures continue their journeys often walking through walls, following paths that existed previously but have been changed due to renovation to buildings. Even if you attempt to follow the image or sound of a residual apparition, you will never be able to interact with it. Residual hauntings are not able to do anything new, only follow the existing path of the event. These events are not always sights and sounds. People report unexplained smells or sensations recurring repeatedly in haunted locations for example the smell of roses or feeling a cold touch on the arm.

Some people theorise that atmospheric conditions can have an influence on the appearance of a residual haunting. It has been suggested that times of stormy weather when there is more electrical activity in the atmosphere or when there is higher barometric pressure are more likely to be present during the phenomenon. Residual hauntings are also sometimes linked to the phases of the moon.

Another theory behind residual hauntings involves water. Thousands of haunted places are associated with water with rivers, lakes or underground water sources running nearby. Almost everything on the planet contains at least a small percentage of water. Perhaps energy somehow flows through this water in a way we don’t understand and water’s electrically conductive properties are somehow related to paranormal energy.

It is speculated that these encounters are not necessarily supernatural but simply a physical phenomenon that is not well understood. Some materials such as limestone are said to be better at absorbing these imprints. Maybe some day science will be able to fully explain this phenomenon. Until then we can only document what we experience and speculate as to what is happening.