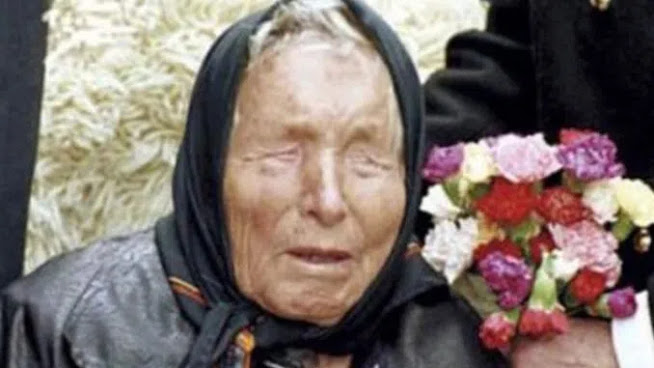 A blind Bulgarian prophet who famously predicted 9/11 and Brexit made some revelations for the end of 2021 that are likely to occur around Christmas.

Baba Vanga, who lost her vision as a child, gave some chilling predictions for the end of this year beyond the grave, including the arrival of aliens and China taking over as the world’s superpower.

Below are Baba Vanga’s top five predictions for the months ahead:

Baba claimed: “At the beginning of the 21st century, humanity will get rid of cancer.

“The day will come when cancer will get tied with iron chains.”

Could 2021 be the year scientists finally make a major breakthrough in cancer treatment?

One of Baba Vanga’s more worrying predictions is that of a cataclysmic tsunami that would strike Asia.

Vanga is said to have first warned the world of the deadly 2004 tsunami that killed more than 220,000 people in southeast Asia.

She is then said to have warned of another similar cataclysm in the future, followed by earthquakes and meteorite strikes.

Baba Vanga said of 2021: “The world will suffer from a lot of cataclysms and great disasters. The consciousness of people will change.

“Difficult times will come. People will be divided by their faith.”

“We are witnessing devastating events that will change the fate and destiny of humanity.”

Things don’t look good for President Donald Trump, as Baba Vanga said he will apparently suffer from a “mysterious disease”.

She claimed the 45th President will become sick with a “mysterious disease that will leave him deaf, and cause brain trauma”.

Her wild predictions also claim an assassination attempt will be carried out against Russian President Vladimir Putin by someone within his own country.

Baba Vanga’s most bizarre prediction is that a dragon will take over the planet in 2021.

She is claimed to have said: “A strong dragon will seize humanity. The three giants will unite. Some people will have red money.

Interpreters have since presumed that the “dragon” is China.

The three giants could be Russia, India, and China, and money could be the the 100 Yuan and the 5000 ruble notes which are both red in colour.

Baba Vanga’s followers will be relieved to learn the world will not end in 2021 – we still have another 3,058 years to go.

The blind mystic predicted the world will be no more as of the year 5079.

However, the mystic did estimate ‘devastating events’ to happen in 2021.

She predicted: “We are witnessing devastating events that will change the fate and destiny of humanity.”

She also thinks that within the next 200 years we will have made contact with aliens.