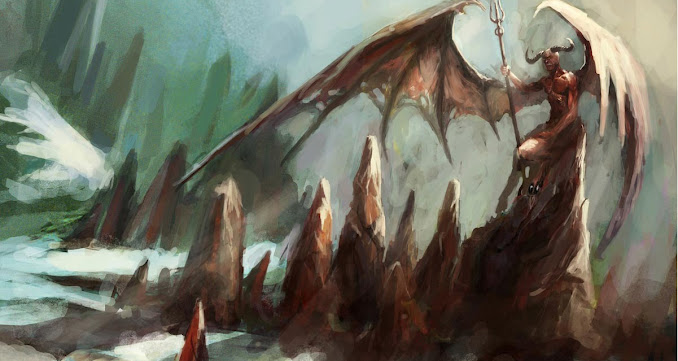 Planet Today) Vigano goes on to declare, “The Vaccine and Abortion Victims are Sacrificed at the Altar of Moloch.”

He Warns of the Coming Evil of Climate Change Tyranny.

Archbishop Vigano is a Rare Religious Leader Who Dares to Speak the Truth. Even more Rare, He Actually Understands What is Really Happening.

He Calls Out The Pope, The Greate Reset, The Jesuits, Vax Criminals, Election Thieves, The Free Masons and their War Against Humanity. And Warns of The Mark Of The Beast Given Through the mRNA Vax

The Deep Church and those who accept 501(c)(3) Tax Exemption have Made A Deal with the Devil. They Have Sold Out their Congregation to the Deep State and Must Agree to Betray Them. 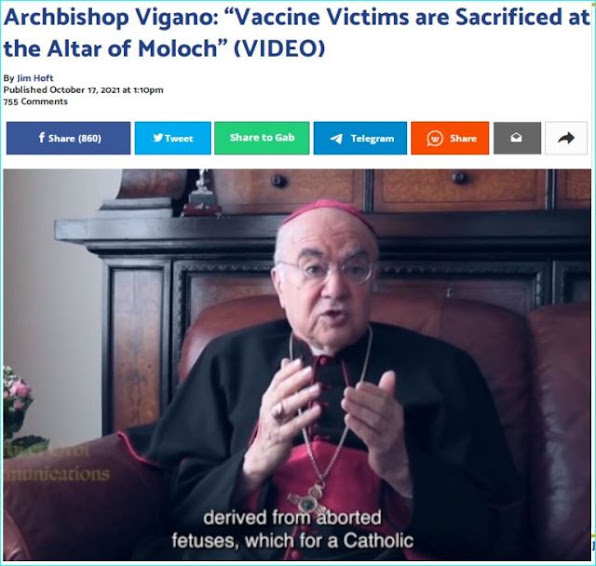 Archbishop Vigano: “Vaccine Victims are Sacrificed at the Altar of Moloch” (VIDEO)
By Jim Hoft

Archbishop Vigano: “Vaccine Victims are Sacrificed at the Altar of Moloch” (VIDEO) By Jim Hoft

Archbishop Vigano: It now seems clear to me that we are facing a siege on both the social and religious front. The so-called emergency pandemic has been utilized as a false pretext to impose the vaccination and Green Pass in many nations of the world in a simultaneous and coordinated way… They support them in this wicked plan and go so far as to condemn those who do not accept being subjected to inoculation with an experimental gene serum, with unknown side effects, that does not impart any immunity from the virus, to say nothing of the moral implications related to the presence of genetic material derived from aborted fetuses, which for a Catholic is a more than sufficient reason to refuse the vaccine. We are war, a war that is not openly declared, that is not fought with conventional weapons, but a war all the same…

The alliance is not between state and church. But it is between the deep state and deep church.
And Archbishop Vigano went on to say the elitists in charge are able to manipulate the vote to their own advantage. “They present themselves as representatives of the people but in fact they act against the people. Without any constraint, without limits either from above, since they have canceled the divine origin of the power of those who govern nor from below, since they do not allow citizens to elect their own representatives unless they are certain can manipulate the vote to their own advantage.”