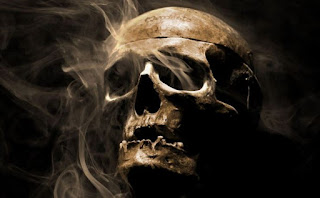 British scientists conducted a study and found out how to smell impending death.

Researcher Arno Wismar of the University of Kent School of Psychology conducted an experiment in which subjects were exposed to the smells of putrescine, ammonia and water.
They were overwhelmed with anxiety only by the smell of the first component, despite the fact that they had never encountered it before.
Putrescine is an organic compound. A colorless liquid, it is related to cadaverine; both are produced by the breakdown of amino acids.
The scientist said that at the time a person dies, his body breaks down, and during this process many aromas are released that they begin to feel, one of which is putrescine.
In addition, as scientists stated, the scent of grass is also often associated with the “smell of death” in humans.
They found that a person has an ancient olfactory receptor that awakens on the eve of death, capturing the specified aroma. They noticed that this could happen even a year before death.
As scientists note, when the “smell of death” appears, people subconsciously begin to change and, without knowing it, bring the moment of their end closer.
However, as the researchers assured, the “smell of death” is not a harbinger of death, but a signal that speaks of a threat to the body.
Such a scent helps a person understand that there is a reason for alarm, and he needs to find the cause of the impending death, the scientists summed up.