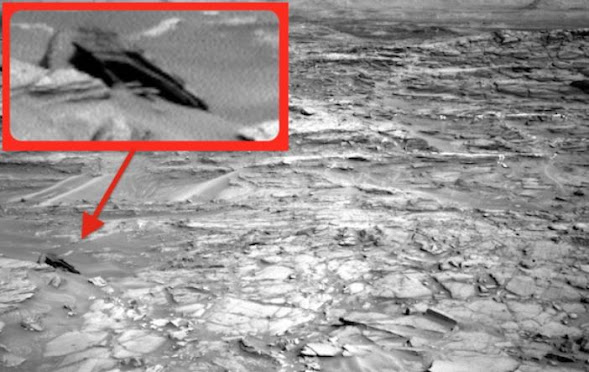 The famous Taiwanese ufologist and virtual archaeologist Scott Waring published on the pages of his blog a picture with an incomprehensible structure that stands out on the Martian landscape. He believes that the debris of the alien ship is quite clearly visible in the images of the surface of Mars.

According to the ufologist himself, he discovered this anomaly in one of the latest photographs taken by the Mars exploration rover Curiosity. The image shows a black object that looks like a wrecked spaceship.
The dimensions of the mysterious object are 2.5 (8.2 ft) by 3 meters (9.8 ft), so the ufologist suggested that several passengers could easily fit in it. 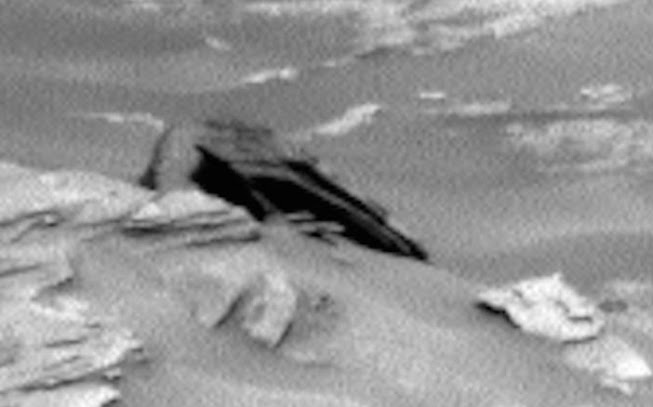 Waring believes that the ancient Martians were small in stature, so he suggested that the ship could accommodate several dozen passengers.
The researcher lamented that there are only two images of this area, but very much hopes to find even more – from different angles of the mysterious structure.
Several billion years ago when the planets and the Solar System were formed, scientists believe that Mars was very similar to the Earth, with a substantial atmosphere and a surface partially covered by water.