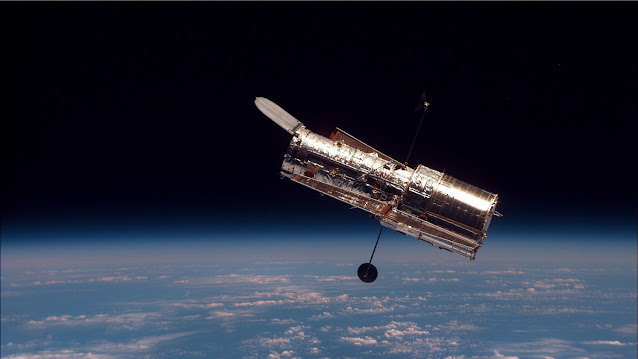 An international team of astronomers not only discovered clouds on the distant exoplanet WASP-127b, but also measured their height with amazing accuracy.

Romain Allart’s presentation at the European Science Congress (EPSC) 2021 shows how, by combining data from space and ground-based telescopes, the team was able to reveal the upper structure of the planet’s atmosphere. This opens the way for similar exploration of many other distant worlds.

WASP-127b is located more than 525 light-years from us and represents “hot Saturn” – a giant planet, similar in mass to Saturn, which orbits very close to its sun. The team watched the planet pass in front of the star to discover patterns that are embedded in the starlight as it filters through the planet’s atmosphere and is altered by chemical constituents. By combining infrared observations from the Hubble Space Telescope (HST) and visible light measurements with the ESPRESSO spectrograph at the ESO’s Very Large Telescope in Chile, the researchers were able to explore different regions of the atmosphere. The results brought several surprises.

“Firstly, as previously discovered on planets of this type, we detected the presence of sodium, but at a much lower altitude than expected. Secondly, there were strong signals of water vapor in the infrared, but not at all in the visible. This means that water vapor at lower levels is shielded by clouds that are opaque in the visible wavelength range but transparent in the infrared, ”said Allart, who led the study.

The combined data from the two instruments allowed the researchers to narrow the height of the clouds to the atmospheric layer with pressures ranging from 0.3 to 0.5 millibars. 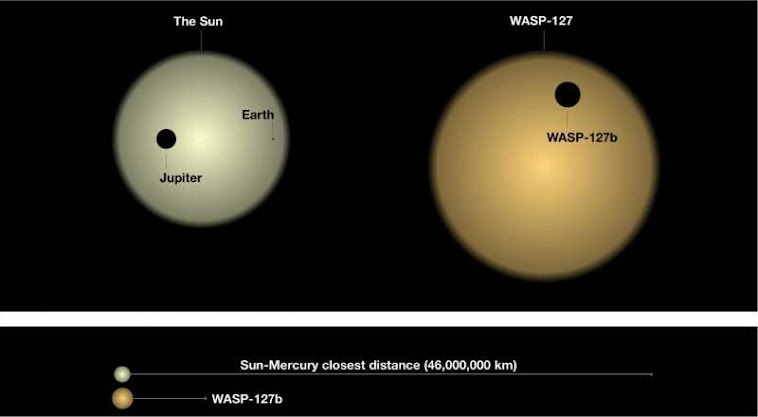 “We do not yet know the composition of the clouds, except that they are not water droplets like on Earth,” Allart said. “We’re also baffled as to why sodium is found on this planet. Further research will help to learn more not only about the structure of the atmosphere, but also about WASP-127b, which turned out to be a very interesting place. ”

A complete revolution around the star takes about 4 days, WASP-127b receives 600 times more radiation than Earth, and experiences temperatures up to 1100 degrees Celsius. This swells the planet to a radius 1.3 times that of Jupiter at 1/5 its mass, making it one of the least dense or “fluffiest” exoplanets found.

The expanded nature of fluffy exoplanets makes them easier to observe, and therefore WASP-127b is an ideal candidate for researchers working on atmospheric characteristics.

The observations of the group with the ESPRESSO instrument also show that, unlike planets in the solar system, WASP-127b rotates not only in the direction opposite to the star, but also in a plane other than the equatorial one.

“This alignment is unexpected for hot Saturn in the old star system and could be caused by an unknown moon,” Allart said. “All of these unique characteristics make WASP-127b a planet that will be very closely studied in the future.”

There Was A Time When The Moon Did Not Exist In The Sky, According To Ancient Accounts