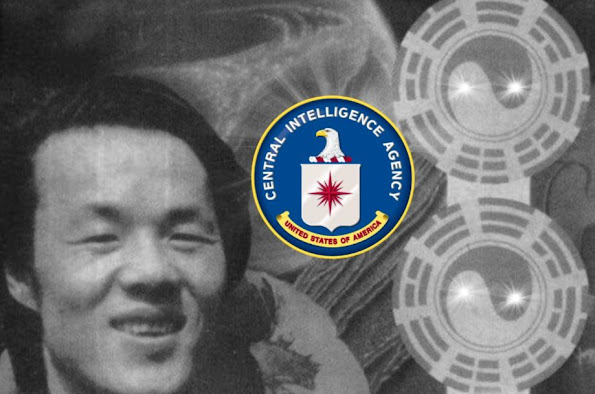 After the CIA blew the lid off millions of previously classified documents, the general public was able to have a glance at some of the formerly secret agendas of various institutions.

Among these files, the case of the Chinese government investigating the superhuman abilities of its subjects was brought to light.
Although the public files only speak of a certain case – that of Zhang Baosheng who could “smell” with astonishing precision the content of sealed envelopes, we’re quite sure there were other “super-humans” that underwent examination. 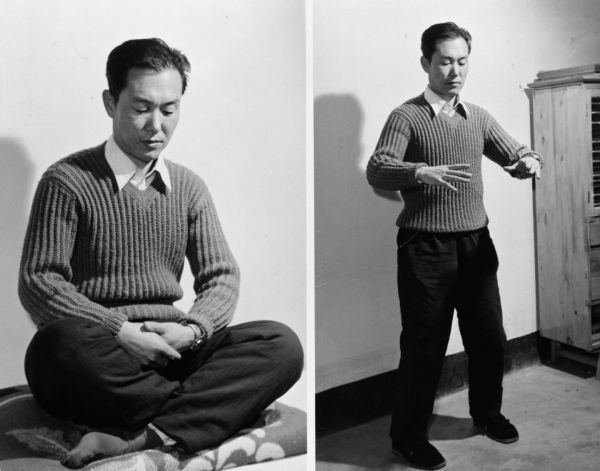 Zhang Baosheng
Because of his remarkable ability, Zhang Baosheng had been employed on a few occasions by the local authorities to help them solve sensible criminal cases.
Along with his powers came notoriety, so in 1982, Ye Jianying, who was the head of state of the People’s Republic of China at that point in time, auditioned Zhang to see if the rumors about his abilities were true.
During the trial, Zhang is reported to have precisely “smelled” the content of the notes written and slipped inside folded slips of paper by Ye himself. It is said that after this achievement, the head of state “exclaimed his amazement and support for Extraordinary Powers research,” and a new era of super-humans was about to unfold over China.
It’s important to note that reading content from sealed containers wasn’t Zhang’s only ability. He was also recalled for seeing through people’s bodies, and could also move objects and place them into containers using only his mind. Besides him being an extremely useful asset to the police department, he also took the role of an X-ray machine in a hospital.
Zhang’s success in proving his superhuman abilities brought huge popularity to the qigong – a holistic system translated as “Life Energy Cultivation” which promotes the coordination of energy through concentration practices – but it would also bring its demise.
At that point in time, Zhang Baosheng was regarded as a qigong Grandmaster. He claimed that anyone could train in these arts, an assessment which in turn brought him many disciples.
In an expanding communist Republic of China where many people were striving to make a decent living, exposing such a mysterious art as qigong wasn’t a very good idea.
Things escalated quickly, and numerous disciples were now claiming to have superhuman abilities such as the power to communicate with extraterrestrial beings and heal every disease, instant healing and mind control.
When the state intervened in the late 80s and early 90s, they found that most of those people were frauds and charged them for crimes such as illegal medicine practice, bigamy, fraud, tax evasion, bribery, gambling and illegal possession of firearms.
It’s not hard to understand that in a state that tightens the belt on its subjects, the people will always look for a shortcut to make a decent living, even if this means cheating or altering a sacred art. This huge scandal brought Zhang Baosheng in front of the law in 1995 and was ultimately arrested for fraud. However, it’s possible that this quigong master only played the role of a martyr, and here is why:
In April of 1982, students of qigong together with Zhang Baosheng underwent a series of tests under the supervision of scientists from the Party’s National Committee of Science at Beijing Teacher’s College.
The majority of results came back negative, apart from Baosheng’s. The next year he went through another series of studies performed by 19 researchers led by Prof. Lin Shuhang of the physics department, part of Beijing Teachers college, and the results were once again positive.
A demonstration of his abilities were caught on tape in 1987 by the Institute of Space-Medico Engineering. The video reveals how a medicine pill is moving through an irreversibly sealed glass vial, which occurred in three frames of a 400 frame per second film.
Western researchers cast a shadow of doubt over Zhang’s superhuman abilities by claiming that Chinese methods haven’t been tested abroad and that “such tests do not appear to be as rigorously controlled as compared to typical Western methods…” However, only the fact that the CIA deemed this case important is a valuable proof indicating that such abilities were not just bedtime stories.
In a CIA release entitled “Research Into Paranormal Ability To Break Through Spatial Barriers,” Zhang’s abilities are further described:
“A wooden cabinet 120 by 180 by 60 centimeters was used as a sealed container. Sheets of papers and boards with one of a kind markings were used as the target objects and placed inside the cabinet on the upper shelf.
“Without damaging the cabinet or opening the door, the person with ESP was able to remove the target objects and also was able to put them back inside.
“This demonstrates that even when using especially large container it is possible to completely break through spacial barriers, however, the success rate was much lower and was exceptionally difficult.”
In a paper on teleportation authored by Dr. Eric Davis, he mentions other children with superhuman abilities who were able to teleport small, physical objects from one place to another.
The experiment saw items such as watches, horseflies, insects, radio micro-transmitters, or photosensitive paper moving from one place to another, while the children never got to touch the objects.
The study had been conducted by the Department of Defense and required an unclassified Intelligence Information Report before it was made available to the public.
Time has proven that because of the largely accepted cultural paradigm, mystical phenomenon is altered and exploited in order to obtain profit.
What cannot be explained through a linear and materialistic cultural model is deemed fictional and delusive, examples here ranging from the UFO phenomenon, altered states of consciousness, psychic abilities, sacred and alternative medicine, to meditation.
All these are being irresponsibly exploited in a way or another that puts a certain label on those believing in or practicing them.
Are there latent superhuman abilities hidden in our DNA? Could other humans develop such skills using the power of the mind?
Whatever the case, Zhang Baosheng’s story and the interest displayed by the CIA and other governments regarding his abilities adds another important piece to the overall puzzle of humanity’s forbidden history.
References: china-underground.com; organicandhealthy.org; archive.org; www.theblackvault.com

The Earth Signals Change: A Mysterious Leap In Schumann Resonances

A Man Went Missing In 1991, And Appeared 30 Years With Same Clothes And No Memory