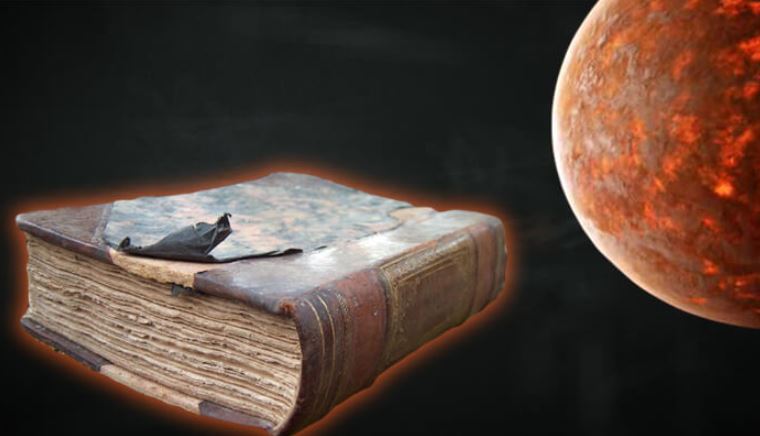 History was still being written before Christ came to be, and this 3.600-years-old Bible offers more details about those times long-forgotten, while at the same time warning of the forthcoming cataclysmic events that will unfold in this modern age.

The Kolbrin Bible represents the first Judaic-Christian manuscript covering the archaic events depicted by the Christian Bible, together with other uncharted
It’s comprised of eleven books narrating an extended version of the human genesis, starting from those walking this Earth in remote times, before Adam and Eve came to be, and till the great pharaohs of Egypt. 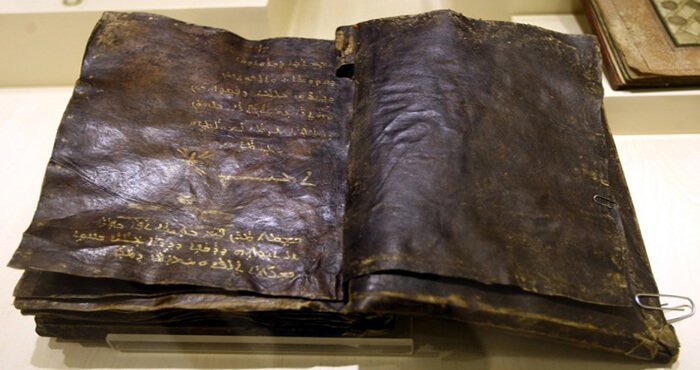 Five books constituting part of the Kolbrin Bible were written by Celtic mystics after the death of Jesus, while other six books were penned by ancient Egyptian scholars and scribes after the outcome of the Hebrew Exodus.
The interpretation of “fallen angel” in the Kolbrin is contrary to the common belief of holy or angelic being, and instead refers to mortal men who had wed the daughters of Adam and Eve and had children together.
The alternative version goes on stating that these men were descendants of a highly advanced society that had survived early calamities by sheltering underground.
These merciful events that struck these “Sons of God,” as they were referred to in the Kolbrin, came as a consequence of their irrational deeds.
Some researchers who studied this holy scripture had reached a somehow-vague but nevertheless intriguing connection between the aforementioned upheavals and the legendary civilizations of Atlantis and Lemuria (Kumari Kandam), cultures wiped-out by impending calamities.
The story of how this puzzling scripture overcame the test of time is also startling. It began with Joseph of Armathea, great uncle of Jesus Christ, who succeeded in his rogue rescue mission inside the Great Library of Alexandria.
When Julius Caesar besieged the city, he showed no mercy to the priceless knowledge contained inside the most renowned library in the world at that time. More than 700.000 scrolls were burned, but fortunately some made it out and were scattered across the globe to other places of knowledge.
Among the rescuers was Joseph and Jesus’ followers who allegedly rescued vital knowledge and transported it to Britain from Judea. The manuscripts were secretly preserved inside the Glastonbury Abbey in Somerset County, southwest Britan, for hundreds of years until the place had been ignited in 1184 in mysterious circumstances.
Luckily, the majority of texts were transcribed on thin bronze sheets and amassed inside cooper-clad containers, remaining undamaged after the fire had been extinguished.

After escaping this tragic event they were dubbed “The Bronzebook of Britain,” and were subsequently added to another collection of forbidden knowledge texts known as “The Colebook.” a series of wordings preserved by the Celts – mystics with advanced knowledge in various fields such as astronomy, religion, medicine, mathematics and oratory. Altogether, this collection of sacred knowledge now formed the Kolbrin Bible.
Through Joseph of Arimathea, this bible is believed to have direct connections to Jesus’ timeline, and other hypothesis speak of how Nikola Tesla had acquired relevant knowledge from this manuscript that, in the past, was only accessible to a select few.
Nowadays, the content of the Kolbrin Bible is freely displayed on the internet, reasoning for this being the great shift humanity is experiencing right now. In the acceptance of those taking care of the manuscript, this knowledge is now publicly available because “these are the days of decision when humankind stands at the crossroads.”
To highlight its expanded and unconventional content, let’s have a look at a passage from the Kolbrin allegedly speaking of Nibiru and how it caused the great deluge in ancient times. It ties these two notorious events, bringing them together in a never-before-heard scenario.
“… then, with the dawning, men saw an awesome sight. There, riding on a black rolling cloud came the Destroyer, newly released from the confines of the sky vaults, and she raged about the heavens, for it was her day of judgement.
“The beast opened its mouth and belched forth fire and hot stones and a vile smoke. It covered the whole sky above and the meeting place of Earth and Heaven could no longer be seen. in the evening, the places of the stars were changed, they rolled across the sky to new stations, then the floodwaters came.
“The floodgates of heaven were opened and the foundations of Earth were broken apart. The surrounding waters poured over the land and broke upon the mountains. The storehouses of the wind burst their bolts asunder, so storms and whirlwinds were loosed to hurl themselves upon Earth.
“In the seething waters and howling gales, all buildings were destroyed, trees were uprooted and mountains cast down, there was a time of great heat, then came a biter cold. the waves over the waters did not rise and fall but seethed and swirled, there was an awful sound above.”
Contradicting every established belief system so far, the above-depicted event shatters the conventional understanding of the great flood.
To this extent, it links this devastating historic event acknowledged by countless cultures across the globe, to a modern-day event that most people believe will unfold in the near future.
This great flood-Nibiru link offers an intriguing perspective that seems more inclined to our reality than that of the ancients. Traces of a rogue planet were detected by astronomers in recent years, and a map of its orbit based on mathematical calculations was also made available.
Since a full orbit of Nibiru is estimated to be completed once every 3.600 years, and based on the insight offered by the Kolbrin Bible, the Destoyer is set to arrive quite soon, in the next 100-200 years. 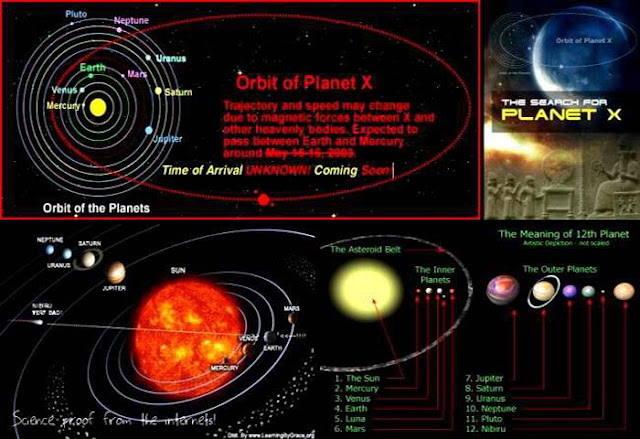 If you would like to catch such an event that would turn on its head the entire cultural and religious paradigm, you better put on your cyborg hat and prepare for a literally scorching experience. Don’t think anyone would mind if the Anunnaki would also show up from their planet-spaceship.
Whatever the future may hold, the Kolbrin Bible remains one of the most ancient texts with numerous links to biblical events attested by religious institutions. It remains an elaborate mystery that will incite all readers seeking an alternative interpretation of the events that shaped humanity in the past.
And just a reminder: the passages doesn’t speak too kind of our fate – Manuscript 3:6, Kolbrin Bible, 21st Century Master Edition:
“The people will scatter in madness. They will hear the trumpet and battle cry of the Destroyer and will seek refuge within dense in the Earth.
“Terror will eat away their hearts and their courage will flow from them like water from a broken pitcher. They will be eaten up in the flames of wrath and consumed by the breath of the Destroyer.”