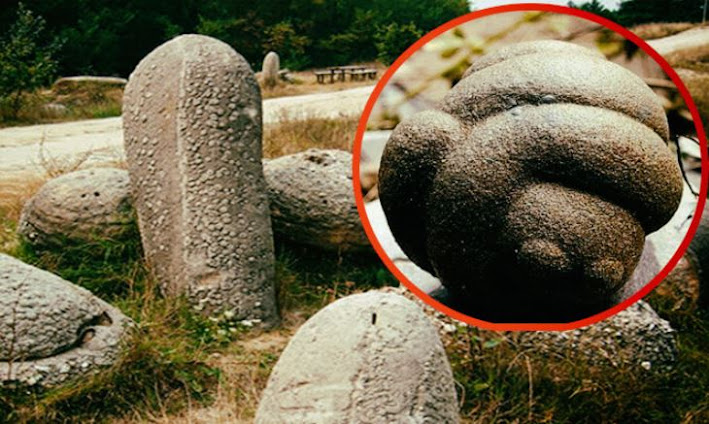 We often don’t pay attention to the many mysteries this planet has to offer, but when we finally do, we become perplexed by the intricacy of the out-of-place objects we discover.

These odd formations found in a small village in Romania are called Trovants. Their common aspect makes them look like regular rocks, but in reality they are much more special than that.
Believed to have sprung from the bowers of the Earth some 6 million years ago, the Trovants have become notorious for their curious growing ability. 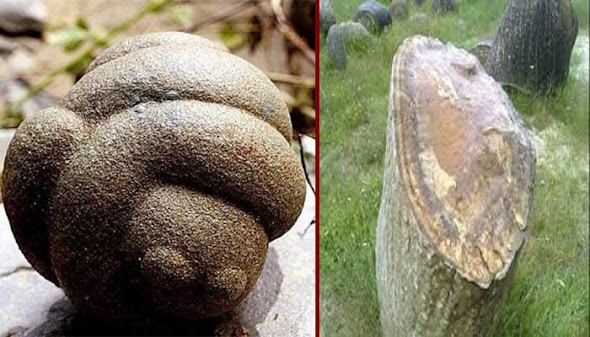 Yes, you heard that well! These stones can grow from the size of a pebble and stretch for more than 10 meters, although this process is extremely lengthy, taking them about 1,000 years for a 4-5 cm deposition.
Trovants are also known to move at an average rate of 2.5 mm over the period of two weeks. While this can be due to an increase in mass on one side that’s leaning all the stone forward, it may very well have some other cryptic explanation.
These unusual rocky formations have cause quite a stir inside the scientific community, and so researchers have ‘dissected ‘ them to try and reach the bottom of this riddle. Unfortunately, they were confronted with another riddle.
Upon opening them up, scientists have discovered circular rings extremely similar to those found on tree stumps. Those rings were then used to determine the age of the Trovants, just like you would do with trees.

After closely analyzing their enigmatic characteristics, the out-of-place stones were labeled as inorganic forms of life.
Although their composition was found to contain ‘cemented sand‘ and mineral salts, their shell is as durable and rigid as of any other rock.
Because of the many abnormalities encountered, those who have researched the Trovants have started formulating various theories about their origins and nature.
Some researchers say their growth is due to the minerals the stones absorb from the rainwater. Whenever they undergo a heavy rain shower, they combine the minerals with the chemicals present within, which further enables a reaction that puts pressure from the core to the exterior of the Trovant’s shell, thus allowing for periodic growth.
Other researchers have suggested that the stones can reproduce and even breathe. It may sound a bit metaphoric, but the truth is these processes are happening, just that on a micro scale.
One “breath” takes from 2 days to 3 weeks. The “living stones,” as they were dubbed, even have a strange pulse that can be detected using super-sensitive equipment. Because of the multitude of unexplained features, some scientists are inclined to think the Trovants are silicon forms of life with a conscious of their own.
Although science may be a long way from proving that, there’s no denial of the bizarre features these Trovants possess.
One of the most conclusive theories describes them as products of ancient earthquakes, meaning that they had originated from deep underground. Since we know so few of what’s happening under there, we can let our imagination wonder and speculate on their ‘true’ origins.
Are these trovants artifacts from a secluded underground world that were carried to the surface after a violent earthquake? Do they bear a cryptic message that’s waiting to be cracked?
That, we can only guess, but if this topic has incited your curiosity, make sure to drop by and visit them whenever you are in Romania. You can buy your pet-rock from the souvenir shop, or maybe try your own luck scouting the surroundings for one.
As an alternative, you can visit the other lesser-known sites where these living stones grow, namely in Russia, the Czech Republic, or Kazakhstan.