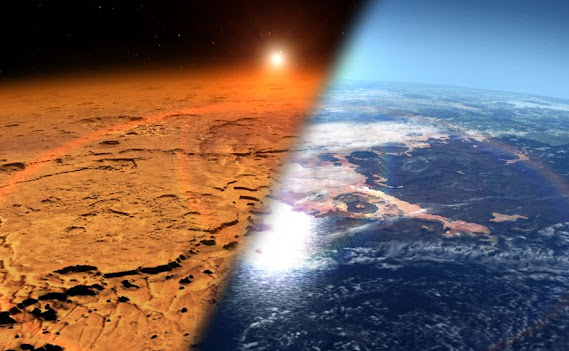 An international team of scientists came to the conclusion that Mars was previously inhabited, but an unknown force destroyed all living organisms on it, reports space.com.

Researchers analyzed soil samples from Gale Crater and concluded that Mars was inhabited in ancient times.
Five years ago, the Curiosity rover mined clay minerals that are very similar in properties to glauconite clays. These complex hydrous aluminosilicates are common on Earth and form exclusively in stable ecosystems.
The results of this study allowed planetary scientists to make the assumption that for millions of years Mars was suitable for the existence of biological life, that is, living organisms lived here.
Now the team of scientists is concerned about the following question – what exactly caused the death of all life on the Red Planet?
Life from Mars migrated to Earth?
Some scientists are inclined to believe that life originated on Mars, and millions of years ago it migrated to Earth. They believe that millions of years ago, the Red Planet was subjected to a monstrously destructive meteorite bombardment from space.
When meteorites began to bombard the Martian surface, large fragments of the planet broke off and flew into space. Some of them reached Earth.
One of these meteorites was discovered in Antarctica. It was then that scientists came to the conclusion that these fragments never got hot enough to destroy the microorganisms on them.
In 2020, Japanese scientists were able to establish the age of bacteria found in a Martian meteorite. The alien bacteria were 4 billion years old. Researchers believe that it was then that the meteorite brought an extraterrestrial life form to our planet.