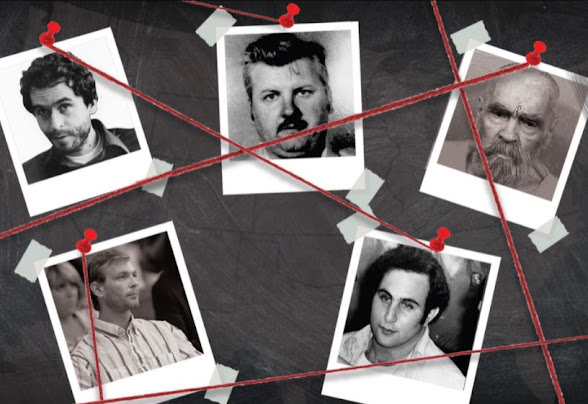 A common observation of known serial killers is their polar opposite demeanor in public and around friends, associates, and even loved ones.

How often have we heard “He was such a nice boy?” from neighbors and coworkers after they discover they were living and working side by side with a cold blooded monster?
Sometimes, these softer sides to serial killers are simply downright bizarre – so contrary to their evil natures it’s difficult to believe the same individuals could commit such heinous crimes:

Between 1972 and 1978, John Wayne Gacy murdered at least 33 boys and young men inside his suburban Chicago home, although authorities suspect he killed many more before being caught.
Throughout this time, Gacy would occasionally dress up as a clown and perform for charitable events around town, eventually earning him the nickname “Killer Clown” after being apprehended. 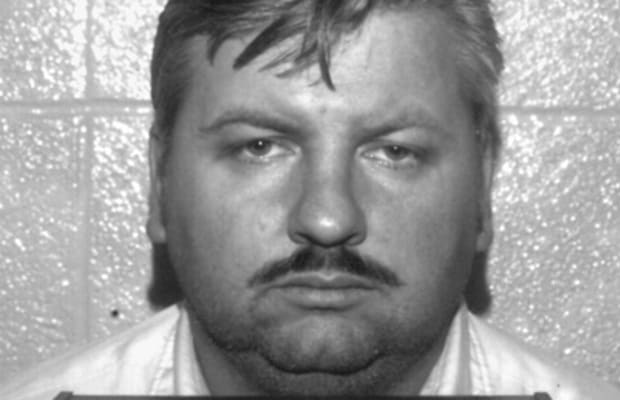 John Wayne Gacy
Gacy was also deeply involved in Democratic Party politics, to the point where he was photographed with First Lady Rosalynn Carter in 1978. In the photo, an “S” pin indicating Gacy was cleared by the US Secret Service can be seen on his lapel, a major embarrassment for the agency designated to protect the lives of the First Family.

The proverbial 20th-century psychopath, Ted Bundy was connected to the murders of dozens of women across the United States during the 1970s. Utilizing his good looks, charm, and high intelligence, Bundy would employ a variety of tactics to lure unsuspecting young ladies to their grisly demise. 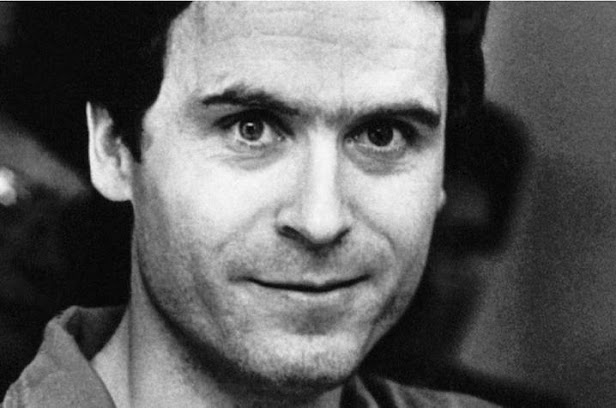 Bundy represented himself at trial and during the sentencing phase took advantage of a loophole in the law to marry off and on sweetheart Carole Ann Boone after she took the witness stand.
Despite restrictions on conjugal visits, the newly weds were able to have a child before Bundy was executed by electric chair in 1989.

If you overheard someone say “Doing a Dahmer” you would probably envision murder, necrophilia, cannibalism, and storing body parts in steel drums. 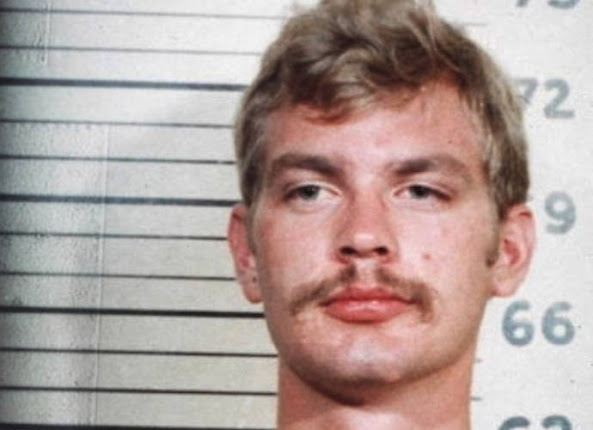 These were the acts attributed to the “Milwaukee Cannibal,” Jeffrey Dahmer, who from 1978 to 1991 raped, killed, and dismembered at least 17 young men before being caught.
However, during the would-be murderer’s high school days, “Doing a Dahmer” referred to the teenager’s habit of pulling off innocent pranks.
Dahmer was remembered by many fellow students as the class clown, somebody who sought attention with silly stunts and gimmicks, not someone capable of committing unspeakable acts of violence.

Referred to as a “killing machine” by police, Rodney Alcala is connected to five known murders in California during the late 1970s, with law enforcement convinced the victim count is much higher.
After already killing two women, Alcala landed a spot on The Dating Game, vying for the chance at a romantic encounter with contestant Cheryl Bradshaw.
Alcala won the contest that day, but fortunately for Bradshaw she canceled the date after finding him to be too creepy. One criminal profiler believes this rejection was a driving force behind several more murders committed by Alcala.

Known as the Green River Killer, Gary Ridgway was a seemingly unstoppable murdering machine until law enforcement finally caught up to him in 2001. 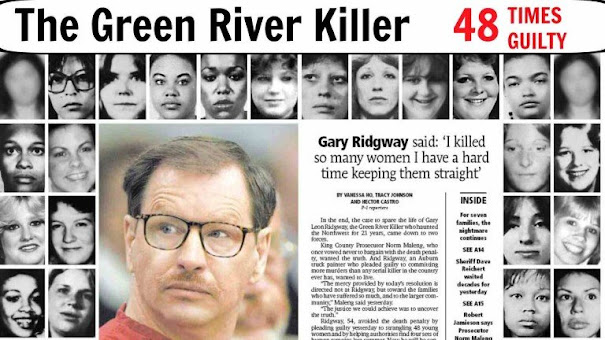 From the early 1980s to late 1990s, Ridgway confessed to killing over 70 women, mostly prostitutes and teenage runaways, though authorities have only successfully tied him to 48 cases.
In the middle of his decades-long killing rampage, Ridgway became a born-again Christian. He would read the Bible out loud at work, cry during church service, and work diligently to convert non-believers in his spare time.
By all accounts, he steadfastly maintains his Christian beliefs in prison.

“Bind, Torture, Kill” was the calling card of serial murderer Dennis Rader, popularly known as the BTK Killer.
Responsible for ten murders in and around Wichita, Kansas from the mid 70s to early 90s, Rader’s M.O. involved breaking into residences and killing everyone inside, with the primary targets usually being an adult female. 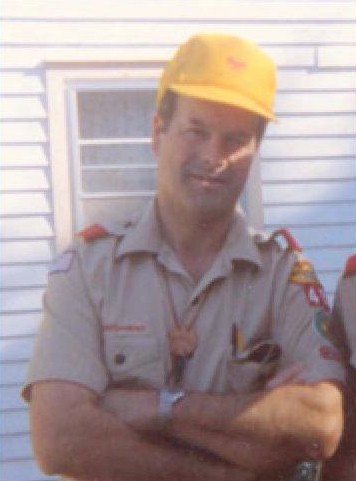 During the peak of his activity, Rader worked for ADT installing alarms in households across the Wichita area.
Many of the homeowners were seeking increased security to avoid becoming victims of the BTK Killer, reassured by Rader’s polite demeanor around their children and professional work done on their property. Little did they know, the BTK Killer was already inside.

The yet to be identified Original Night Stalker is also referred to as the East Area Rapist and the Golden State Killer, a testament to how long it took law enforcement to realize dozens of home invasions, rapes, and murders across California were the work of a single individual.

The ONS/EAR/GSK meticulously stalked his victims before striking, almost always choosing couples in suburban neighborhoods. Dogs owned by the victims wouldn’t bark, leading to speculation the killer would acquaint himself with the canines during reconnaissance.
In one case attributed to the ONS/EAR/GSK, a set of canine paw prints were discovered at the residence despite the couple not owning a dog, suggesting the killer brought along his pet pooch on at least one occasion.
The FBI alleges there are anywhere from 25 to 50 serial killers active in the United States at any given time. Many are able to successfully evade capture for years and even decades thanks to a chameleon-like ability to blend into society.
The result is often a split personality, where cruelty and evil dominate one-half of a killer’s brain while the other half remains tethered to humanity, if not in a tenuous, sociopathic way.
By Taylor Leonard, source: theghostdiaries.com
Related Topics:
Up Next

When Hell Came To Earth: The Axeman Of New Orleans

Miners of the Elga coal deposit (Yakut) in Siberia dug up a strange statue in the form of a woman with a sword and shield, and behind it there seem to be wings, like a fallen angel. The statue was unearthed by an excavator.

Miners show their emotions and enthusiasm when they are standing next to the statue. If the translation is right, they say that they cannot describe or tell what it is and that right now the special services will arrive by helicopter to pick up the statue to an unknown location.
Further study and examination by experts may be required to determine the significance of this potentially valuable ancient artifact, but since the special services are involved, it remains to be seen whether we will hear anything about it in the future.

Mankind has been waiting for the end of the world for a long time. The latest example is 2012. Many have stocked up on canned food and other necessities. But whether the Mayans were wrong or we misunderstood them, the world did not end. Nothing catastrophic on a global scale happened on December 21, 2012.

Is there anything to fear now? Are there prophecies that point to a specific date? And not dubious predictions from uneducated fraudsters, but from respected people – like the Mayans.

Every year we see the alleged predictions of Baba Vanga and Nostradamus. In most cases, the end of the world is always linked to them in one way or another. But seriously, we can hardly believe in any of them anymore.

Here’s another name that has been associated with doomsday predictions in recent decades – the famous scientist Isaac Newton. Based on information from his personal manuscripts, we know that he tried to calculate the exact year of the apocalypse – 2060. Here’s what we know.

The many interests of Isaac Newton

The fact that Isaac Newton indicated the date of Armageddon, experts learned at the end of 2002, when manuscripts with his notes were discovered.

They had been kept for many years in the National Library of Israel among the unorganized archives of the author of the First, Second and Third Laws and, of course, the Law of Universal Attraction.

After scientists discovered and read the previously unknown manuscripts of the genius, it turned out that in addition to mechanics, physics and mathematics, he also studied alchemy, occultism, astrology and theology.

After Newton’s death in 1727, thousands of pages dedicated to his “secret passions” were kept in a chest in the home of the Earl of Portsmouth for more than 200 years. In 1936, most of the manuscripts were purchased at auction by the Jewish scholar Abraham Yehuda.

As a result, they ended up in the National Library of Israel.

There is Newton’s manuscript with a prophecy about the end of the world in 2060. It was discovered by Harvard University Professor Stephen Snobelen, who began the initial research.

Newton’s previously inaccessible manuscripts testify to the fact that alchemy, theology and the occult came to the fore, and his serious discoveries were the result of this “obscurantism”.

For example, the law of universal attraction did not appear thanks to the famous apple, but thanks to the concept of the attraction of one element to another, which was proclaimed by alchemy. Another example is Newton’s famous physical theory of absolute space and time, which was based on the theological ideas of the genius of physics.

He believed that absolute space is the place inhabited by God, the form of existence of His universal spirit, and absolute time is the infinite duration of the divine presence.

In addition, Newton believed that due to the divine structure of the universe, any impact is immediately transmitted to each of its points without the participation of matter. Curiously, this theory is also considered by some modern physicists who study vacuum and quantum mechanisms.

Now let’s take a closer look at Newton’s actual predictions and the apocalypse.

Part of a 1704 letter to a friend in which Newton calculates the day of the Apocalypse using the Book of Daniel.

Newton treated the Bible with a special mystical reverence – he studied it all his life. He believed it contained messages from higher powers about the future of the world. He dreamed of creating a system that would allow the Bible to be used to predict that future.

There is another well-known source that also attracted the attention of a genius – the Book of Daniel (Old Testament), in which the prophet accurately predicted the date of Christ’s coming to earth, the death of the Son of God, and His resurrection.

Newton believed that God had chosen the prophet Daniel to interpret the future. And to “see” it, the book must be deciphered – every word of it. What Newton did for many years-nearly 50, since he also considered himself chosen by God-to try to decipher it.

Mathematically calculating the date of the end of the world, he wrote 4,500 pages of words and formulas. The Book of Daniel itself is a collection of prophecies.

Newton interpreted them in an attempt to create an algorithm suitable for predicting future events. What happened in the end remains to be seen – the archive has not been fully studied. Only the mysterious date of the end of the world, 2060, was discovered.

After understanding the essence of Newton’s manuscripts, Professor Snobelen discovered that the scientist had deciphered the Bible’s references to certain periods of time. Newton defined one of these periods as 1260 years. He then calculated that this period began in 800 AD.

He added 1260 years and came up with 2060. Newton himself wrote that a world war would begin, then there would be a plague that would lead to the destruction of a significant portion of humanity. But after the end of the tribulation, the kingdom of the Messiah will come, and the world will see a new beginning.

In other words, it should be noted that when the prophet prophesied the end of the world, he still believed that after a time of trouble for mankind, an era of prosperity would come when God would live among people to dry their tears of suffering.