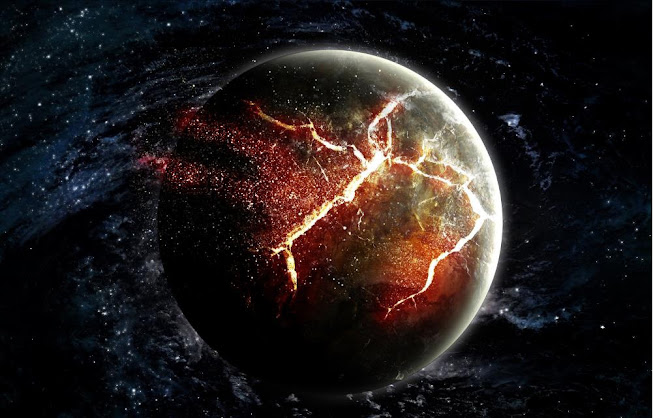 (Planet Today) If you’re wondering why corrupt, criminal governments of the world seem to be in such a hurry to mass “vaccinate” everybody with a deadly, experimental, non-approved gene therapy injection, one of the most shocking answers may be simpler than you think. According to analyst and radio hose John Moore (The Liberty Man), who has many contacts with high level U.S. Navy officers and scientists, a global extinction level event is approaching and the globalists are desperately trying to cull the human population before people figure out what’s about to happen.

If 7+ billion people were told the truth about the coming cosmic event that may devastate human civilization, they would all stop working, causing a near-instant collapse of the entire global infrastructure of manufacturing, transportation, food production, government, military and so on. The globalists are still buying up loads of supplies such as food, electronics, firearms, ammunition, communications gear, etc., and they need the masses to keep on working until the very end. Otherwise, they can’t acquire more supplies for themselves, even as these globalists are now hiding out on remote islands, moving into underground tunnel systems and cities, or planning to be off-planet when it all comes down.

The event that John Moore refers to is a “tenth planet” fly-by where a, dark large planetary mass (that can only be seen with infra-red telescopes) passes near Earth’s orbital plane around the sun. The gravitational effects alone, warned former top Navy scientists, will cause cataclysmic Earth changes consisting of unprecedented earthquakes, volcanoes and even a “pole shift” that will reportedly reorient the physical polar axis of the planet (not just the magnetic poles), thereby shifting the equator and unleashing unimaginable ocean “slosh” that will inundate coastal areas on every continent.

The coming events have been known since at least 1979, Moore explains, and the governments of the world have kept this secret from the public in order to keep society running until the very last day before the cataclysm arrives. On that day, global winds will be sustained at 200 mph for a full day, Moore explains, destroying nearly all human-built structures which are above ground. Only below-ground structures and concrete-and-steel reinforced above-ground structures stand a chance of surviving the winds.

Once you survive the winds, your next challenge will be surviving the complete collapse of human civilization, as there will be no functioning farms, power grids, internet, transportation infrastructure, fuel refineries, etc. There may not even be enough people to decommission the hundreds of nuclear power plants that are scattered across the planet, raising huge questions about what happens if they lose cooling capability and plunge into criticality.

Watch the full interview here, which also includes a map of the water inundation that’s predicted to occur in the continental United States:

Attorney Thomas Renz from Renz-Law.com is the attorney behind the recent whistleblower lawsuit alleging the U.S. government has proof of at least 45,000 deaths from covid vaccines (so far) and rising.

Starting out as a non-red-pilled “normie” who believed in vaccines and official narratives, Renz dove into the real story about covid vaccines and unearthed an astonishing quagmire of criminality, corruption and horrific crimes against humanity.

In this interview, Renz says that vaccine mandates are illegal violations of fundamental human rights and that a wave of lawsuits will be coming from thousands of plaintiffs across America, challenging the vaccine mandates now being pushed by government and private corporations such as Google, Facebook, Disney and even Wal-Mart.

Scientists propose to catch up and study mysterious interstellar object