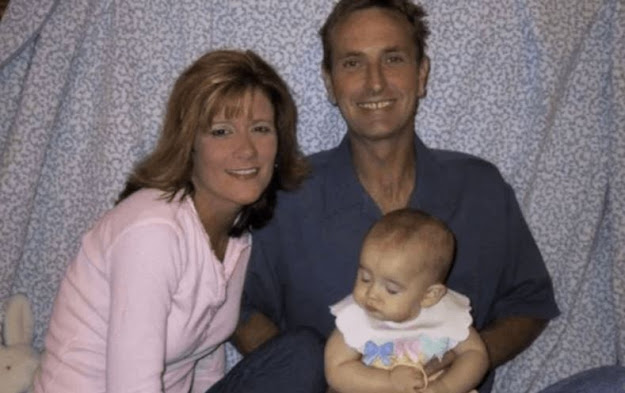 In October of 2009, Bobby and Sherilyn Jamison went missing along with their six-year-old daughter Madyson. In 2013, after a grueling and mystifying manhunt, a deerhunter finally found their skeletal remains on Panola Mountain, a remote Oklahoma terrain.

The bodies were lying side-by-side, face down in the dirt, only three miles from where their truck had been abandoned. The results of the autopsy are still ‘inconclusive’ and the mystery surrounding this case has not diminished. In fact, the Jamison family disappearances and deaths are considered by many to be one of America’s most bizarre murder mysteries.
The initial–rational–explanations include: murder-suicide, (following the tragic death of her sister two years earlier, Sherilyn was very depressed); hypothermia as the result of simply wandering off and getting lost; and, of course, murder by an outside party. The family refuses to believe the first or second explanation. 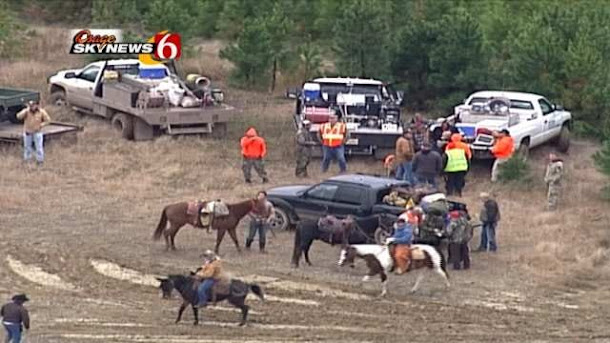 Missing family’s remains found four years later
They have steadfastly maintained that despite some of the peculiarities we will soon discuss, the Jamisons were an incredibly loving family and that Bobby and Sherilyn were completely devoted to each other and their daughter. They are vocal in their belief that their beloved family members were the victims of homicide.
“The way their truck was left, it looks like it had been forced to stop by someone. Everyone round here knows there are lots of evil people up in those mountains. It’s where outlaws like Jesse James used to hide out. It’s so isolated; I’m scared to go up there.”
Other theories include murder by white supremacists, a drug deal gone wrong, a begrudging relative who works for the Mexican mafia, and even the discovery of a meth lab run by nefarious drug users. All of these, of course, lend support to homicide. Except that there is no substantial evidence for any of them.
Connie Kokotan, Sherilyn’s mother, has gone on record with the following: “What I truly believe is that they went up there, saw something they shouldn’t and were murdered by someone. Who that was, I just don’t know.”
Nor do we, or the authorities for that matter.
However, recent information has suggested a very bizarre new line of inquiry that includes witchcraft, cult activity, satanism, and paranormal possession. Yes, the mystery deepens. But before we get into these new fringe theories, let’s provide a little more backdrop on what the Jamisons were doing in those mountains in the first place. 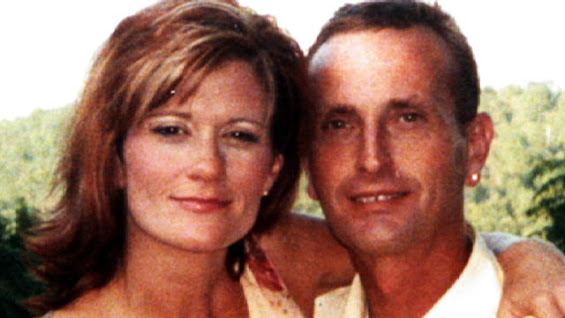 Bobby and Sherilyn Jamison
According to family accounts and personal records, Bobby and Sherilyn had plans to buy a forty-acre plot of land near Red Oak, Oklahoma in the isolated Sans Bois Mountains, approximately 30 miles away from their home in Eufaula.
The family had set out on a trip to make this purchase; only a few days later, of course, they were reported missing, with only the family dog (nearly dead from starvation) remaining in their locked truck, along with Bobby and Sherilyn’s phones, car keys, GPS, and $32,000 in cash.
Upon this discovery, Latimer Country Sheriff Israel Beauchamp launched a massive search operation employing 100 men, dogs, horses and a drone–all of whom turned up nothing. Frustrated, Beauchamp said, “A lot of investigators would love to have as many leads as we do. The problem is they point in so many different directions.”
Now there are even more directions.
It has been established that at the time they went missing, Bobby and Sherilyn were thin and emaciated. This has led many people to suspect that the couple was using drugs, specifically meth.
But there’s another angle here that is just as troubling. Let’s start with the initial statement given by the family’s pastor, Gary Brandon, who claimed the family had been involved in ‘spiritual warfare’ and believed their home was possessed by spirits. 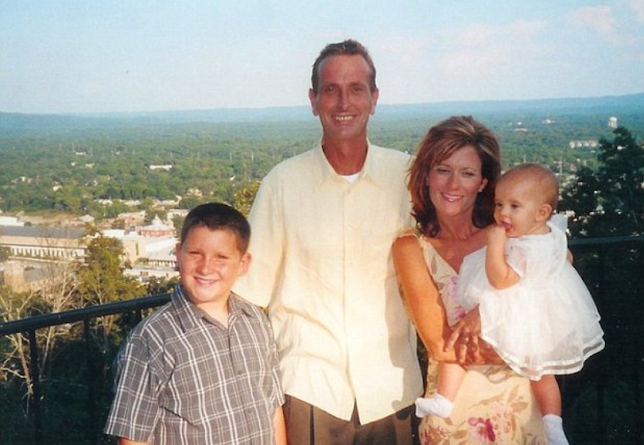 No, this doesn’t exclude drug use–in fact, it may argue for it. But we must point out that police found absolutely no evidence of illegal substances or drug use at the property.
Prior to her disappearance, Sherilyn Jamison had claimed that the spirits of a long-dead family lived alongside them in their home and, even more disturbingly, that their daughter Madyson spoke frequently with the youngest spirit member of this family.
Bobby Jamison had asked his pastor – who, it should be noted, has since moved out of the area and will not speak to anyone about the case – about acquiring ‘special bullets’ and a ‘satanic Bible’ that might be used to exorcise the house of its spirits.
During the initial investigation, a ‘witch’s bible’ was found in the Jamison house. Then investigators discovered cryptic messages written on the walls of the moving container the family was using for house-side storage. One of these messages read: “3 cats killed to date buy (sic) people in this area … Witches don’t like there (sic) black cat killed.” 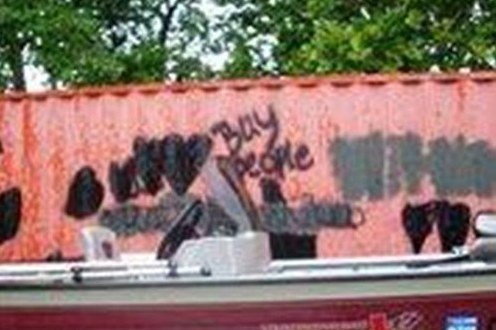 As a counterpoint to the witchcraft angle, let’s momentarily consider that the $32,000 in cash found in the truck may have not been for the property purchase…maybe it really was to purchase drugs? The mountainous area the Jamisons disappeared in is notorious for its drug activity, specifically crystal meth.
But family members have testified that the Jamisons were struggling financially at the time, and you don’t need $32,000 to buy meth unless you intend to sell. So, another question: where did this money come from and what did they intend to spend it on?
Let’s also consider the fact that both adult Jamisons had suffered acute depression at different times in their lives (though millions of people around the world suffer clinical depression–including this author–without resorting to murder) and that a venomous letter, written by Sherilyn to Bobby, was also found in the truck. Missing from the truck was Sherilyn’s .22 caliber pistol.
Does this, coupled with the fact that the coroner reported a hole in the back of Bobby Jamison’s skull, lead one to conclude that Sherilyn walked her family three miles out into the mountains to kill them, and then kill herself? Perhaps she shot Bobby, but found a more peaceful way of killing Madyson. With an inconclusive autopsy, this is all simply conjecture.
Regardless of how the family died, one cannot overlook the overwhelmingly disturbing intensity of the paranormal angle in this story. In addition to the family reports of the haunted house, witchcraft, satanism and spirits of the dead, there is evidently footage of Bobby and Sherilyn on a security camera loading up their car the day before they left.
At the time of this writing, we have not been able to find this video online, but there is a still image from it. Police report that the video does exist and that it depicts the couple moving in a ‘trance-like’ state.
There are three explanations to this: 1) the Jamisons were stressed out or tired and acting strangely for natural reasons; 2) the Jamisons were in the midst of a paranormal possession or satanic spell and 3) the Jamisons were under the influence of drugs prior to their departure.
The first one is certainly possible. Occam’s Razor would support this as it is certainly the simplest explanation, requiring the least number of unknown or unproven variables. And the third explanation, drug intoxication, would help explain any kind of terribly unnatural ‘trance-like’ state. However, let’s again remember that no evidence of drug use or drug possession by the Jamisons has been found whatsoever–none.
Let’s also consider, finally, a fourth explanation and then a new angle to the third–paranormal possession–explanation. On November 19th, 2013, an article was published in which Sherilyn’s mother, Connie–who speaks with unnerving lucidity during the interview–stated that she now believes a religious cult was responsible for the family’s disappearance and that her granddaughter Madyson was on a cult hit list.
“That part of Oklahoma is known for that … cults and stuff like that … from what I’ve been told and from what I’ve read,” Connie said. “I was told (around the time of Sherilyn’s disappearance) … that she was on a cult’s hit list.”
The unnerving, perhaps subconscious suggestion here, is that Madyson may have been a sacrifice to a cult or used in a satanic ritual? 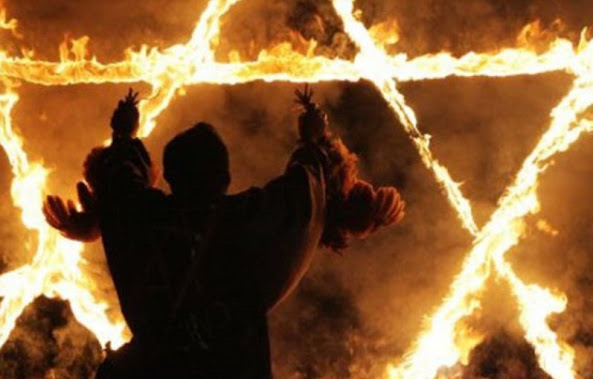 There was no further information on the source of that claim or why she believed a cult was responsible and had targeted Madyson. However, it should be noted that in 1993, around the time of the David Koresh Branch Davidian cult compound near Waco, Texas, the Oklahoman newspaper ran a story in which a U.S. Marshal confirmed that “some cults have found a home in eastern Oklahoma” and some of them are “extreme”.
Another story by the Oklahoman reported the mysterious case of Tommy Raymond Eastep, who disappeared after a trip to Eufaula, the same town where the Jamisons lived. Police found his truck abandoned at a highway ‘crossroads’ on the 35 degree north latitude.
Which brings us back to the paranormal explanation. We’ve discussed the details of the family’s odd descriptions of their Eufaula home being possessed by spirits of a family that died long ago. We discussed that Bobby had been reading a “satanic bible” and had asked their pastor about getting “special bullets” to kill the spirits that were haunting them.
It was also reported that Sherilyn Jamison had suggested to at least one friend that she was a “witch” and we know she–or possibly Bobby (or Madyson)–scrawled a strange message about witches on the moving container.
Now let’s tie in other disappearances and murders in the area as well as disturbing pattern regarding the 35th degree latitude.
So, both the Jamisons and Tommy Raymond Eastep disappeared at this coordinate, which is also the site of a brutal murder that occurred in Anadarko, Oklahoma a month before the disappearance of the Jamison family.
Pastor Carol Daniels was found viciously, sadistically, murdered in her church, a crime scene that District Attorney Bret Burns described as the most “horrific” he had ever seen: Daniels’ nude and mutilated body was “staged” behind the church altar in a crucifix position.
The location of this murder rests on the 35th degree latitude, the same coordinate at which Andrea Yates drowned her 5 children in the family bathtub in 2001. Occult psychic and Cabalist Sollog calls the 35th degree latitude “the line of tragedy,” as countless other murders and deaths have occurred along its path. 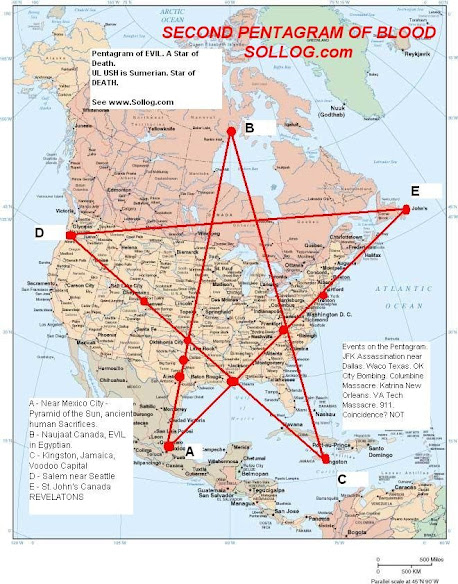 Did the 35th degree latitude “line of tragedy” play a role in the Jamison deaths? Were their trance-like states and visions of paranormal entities the result of possession, spirits from the past, or some kind of satanic or occult ritual?
Did a cult become involved with the family for some still-unknown reason? Were they murdered as random victims or targeted prey?
Should we once again trot out and dust off Occam’s Razor, or is there something truly incomprehensible behind the tragic Jamison family mystery?
Source: theghostdiaries.com