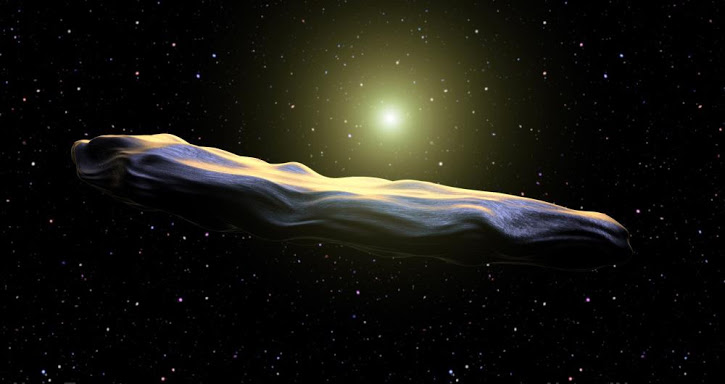 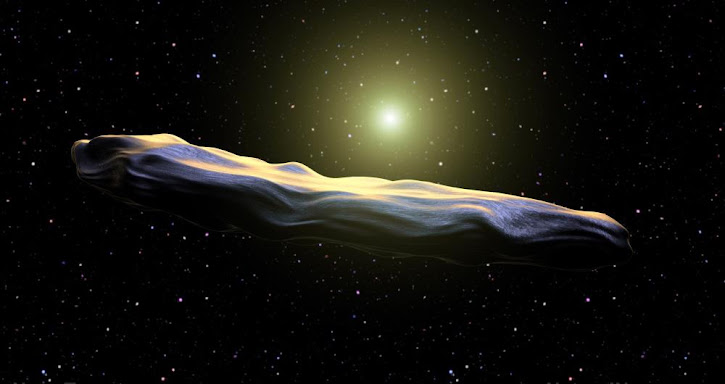 (Planet Today) A professor from Harvard University believes an ancient alien civilization may have dropped sensors on Earth, providing it with a readout of what it’s like in the solar system’s habitable zone and only inhabited planet. He even suggests that the recent sightings of unexplained aerial phenomena (UAP) may be extraterrestrial vessels following up on their sensors.

At the center of this theory is ‘Oumuamua, an interstellar object that was first discovered in 2017 when it entered the solar system. ‘Oumuamua caught the attention of many scientists because of its flat shape.

While most astronomers believe ‘Oumuamua is just a natural object hurtling through space, some scientists have suggested that it may have been sent by aliens. One of those scientists is Israeli-American Avi Loeb, a theoretical physicist and professor of astronomy at Harvard.

In an opinion piece written for Scientific American, Loeb suggests that ‘Oumuamua might be an extraterrestrial spacecraft sent to the solar system to tune into sensors it left behind in the system’s habitable zone. Some of these sensors might even be on earth.

‘Oumuamua may be linked to the rise in UAP sightings

The first is ‘Oumuamua itself. Loeb argued that the interstellar object was acting like it was being pushed away from the sun, as if it were being powered by a solar sail – a method of spacecraft propulsion that uses the radiation pressure exerted by stars.

Furthermore, ‘Oumuamua was tumbling around as it soared through the solar system. That might be because the interstellar object’s broader surfaces contain equipment that can pick up the signals from the sensors it left behind on Earth and elsewhere in the habitable zone. This, combined with the tumbling motion, might be meant to scan for signals from all directions.

The second piece of evidence involves the sudden abundance of UAP being spotted across the world. Loeb speculates that the reason the Department of Defense is preparing to deliver a report to Congress regarding the existence of UAP is that their true nature is unknown.

“If UAP originated from China or Russia and were a national security risk, their existence would never have been revealed to the public,” wrote Loeb.

Because of this, Loeb argues that it is reasonable to conclude that the American government does not believe the UAP are human creations.

“This leaves two possibilities: either UAP are natural terrestrial phenomena or they are extraterrestrial in origin,” Loeb added. “Both possibilities imply something new and interesting that we did not know before. The study of UAP should therefore shift from occupying the talking points of national security administrators and politicians to the arena of science where it is studied by scientists rather than by government officials.”

But even Loeb admits that his theory is just one of many possible scenarios for why ‘Oumuamua is in the solar system. Instead of simply wondering about the other possibilities, Loeb believes scientists all over the world should begin conducting their own studies regarding ‘Oumuamua and the true nature of UAP.

Loeb recommends that scientists begin deploying cameras on wide-field telescopes that can monitor the sky and keep an eye out for more UAP and to observe ‘Oumuamua.

“The sky is not classified,” said Loeb. “Only government-owned sensors are. By searching for unusual phenomena in the same geographical locations from where the UAP reports came, scientists could clear up the mystery in a transparent analysis of open data.”

Learn more about extraterrestrial life and the other mysteries of space by reading the latest articles at Cosmic.news.