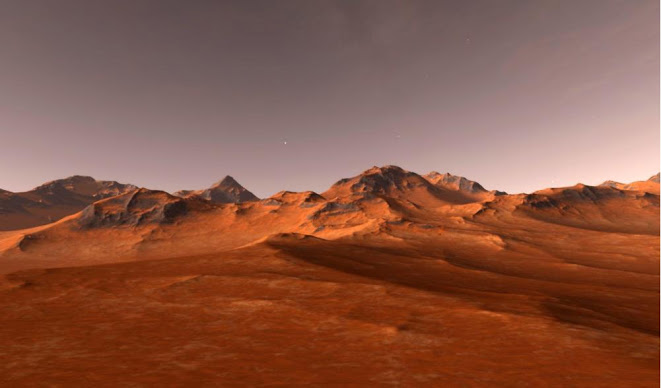 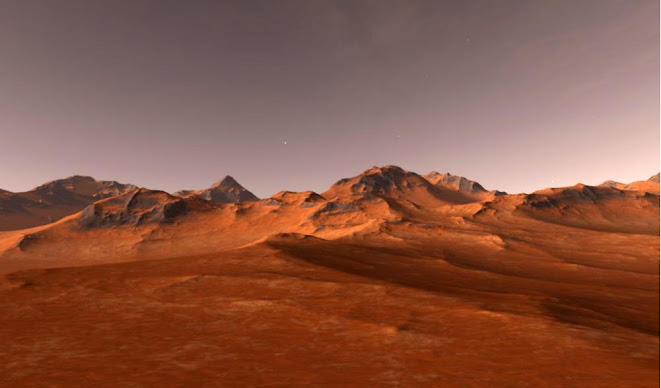 According to satellite images from the red planet, there is a massive temple on Mars that is ‘identical’ to an ancient Japanese tomb.

There are some truly fascinating things on Mars. A baffling structure located on the surface of Mars eerily resembles a massive temple on Earth, and UFO hunters claim there is a mindboggling connection between the two.

In the last couple of years, intriguing theories have been proposed suggesting that in the distant past a catastrophic event or nuclear war destroyed a sophisticated Martian civilization, forcing its survivors to migrate to Earth and restart civilization.

Now, UFO hunters have discovered a structure on the red planet whose apparent geometry is eerily similar to a temple located on Earth.

The enigmatic structure visible on numerous satellite images of the red planet displays staggering similarities to the ancient Japanese tomb of Kofun.

While there are numerous images of alleged structure on Mars that can easily be dismissed as pareidolia, the massive ‘Martian Monument’ has fascinating similarities to the funerary complex in Japan, raising speculations that an ancient civilization did, in fact, inhabit Mars, perhaps millions of years ago. 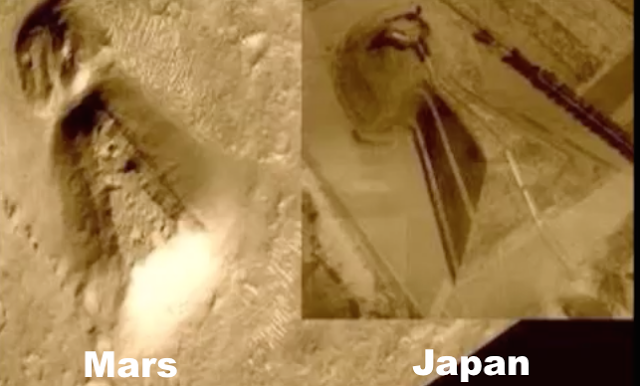 To see the similarity between the alleged structure on Mars, visit Google Earth and type in the following coordinates: 36° 7’45.64?N 139°28’52.95?E, which will take you to the Japanese tomb.

A YouTube user who posted a video online believes the similarities between the two structures can only mean one thing: An ancient civilization once existed on Mars, and we are looking at its remains today.

Many UFO researchers agree and claim that the structure identified on Mars probably went through millions of years of erosion, but it’s clearly visible shape is a definitive tell-tale sign that an ancient race most likely inhabited Mars.

“The keyhole-shaped mound looks incredibly similar to what we have here in Japan, says a YouTube user during the video. There are many interesting things about this mound that we found on Mars. First of all, it is a massive structure, and it appears in a very isolated, flat empty plain. The sides of the structure have straight edges that run down to a large circular dot formation at its base. Just like the one we have here in Japan.”

Interestingly, despite the fact that there are many structures that can be dismissed easily as being natural formations, the two structures exhibit remarkable symmetry.

However, at the insistence of some users, NASA has taken the trouble to respond to alleged claims about the artificial structure on Mars.

The U.S. space agency explained that the straight edges are the result of fractures or a natural hill forming a solid ground that has undergone changes and erosion for billions of years.

Many people disagree with NASA and indicate the similarities cannot go unperceived, and we are looking at the remains of a once mighty Martian civilization that most likely disappeared millions of years ago, after a catastrophic nuclear war took place there, as Dr. Brandenburg suggests.

Dr. John Brandenburg believes that an old Martian civilization was wiped from the face of Mars in the distant past.

Dr. John Brandenburg has a Ph.D. in Theoretical Plasma Physics from the University of California, and he is currently working as a plasma physicist at Orbital Technologies in Madison Wisconsin.

According to Dr. Brandenburg, ancient Martians known as Cydonians and Utopians were massacred in the giant nuclear attack – and evidence of the genocide can still be seen today.

According to scientists, there are very large traces of Xenon-129 on Mars and the only process that we know that produces Xenon-129 is a nuclear explosion.