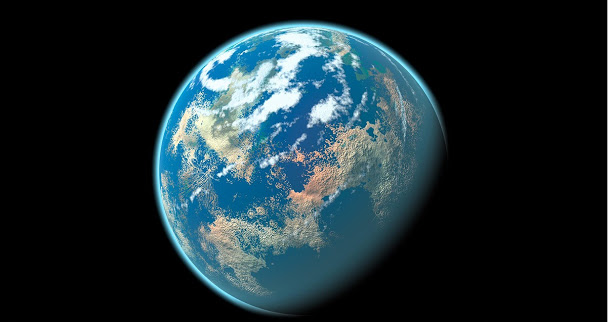 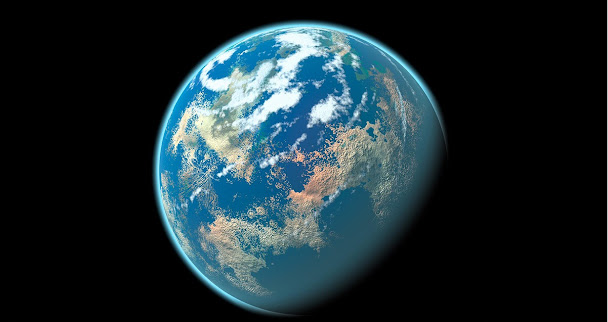 (Planet Today) There is a weak spot in the Earth’s magnetic field, and some scientists believe it may have been caused by the remnants of an ancient planet that impacted the Earth billions of years ago.

The Earth has a protective geomagnetic field that shields the planet from deadly solar radiation. This field is generated by a process that starts 2,000 miles below the surface of the planet, in the Earth’s outer core.

In the outer core, there is a gigantic mass of liquid iron swirling around. This generates the magnetic field that stretches from the outer core up to the space surrounding the Earth.

This swirl is generated by a process known as convection. Hotter and lighter material from the core rises into the mantle above, and cooler and denser material sinks into the core below.

But there’s a problem here. The convection process is being disrupted by an unknown mass between the core and mantle underneath southern Africa. This disruption is weakening the strength of the magnetic field above it, which led to the creation of the area known as the South Atlantic Anomaly.

The South Atlantic Anomaly stretches from South America to southern Africa. The magnetic field in this area is a lot weaker. Higher quantities of charged solar particles can pass through the anomaly and enter the Earth.

This can potentially cause computers and other electronics to malfunction. Satellites and spacecraft that pass over it can experience difficulties when they are in the area.

The origin of this “dent,” as NASA informally refers to it, is unknown. But some scientists believe that the anomaly was created by the remains of a protoplanet known as Theia colliding with the Earth around 4.5 billion years ago.

Shards of Theia may be embedded in the Earth’s mantle

A team of scientists from Arizona State University led by Qian Yuan, a graduate student, came up with the hypothesis that, underneath the area where the South Atlantic Anomaly is, lies one of two gigantic underground blobs of dense material. Each blob is thought to be “millions of times larger than Mount Everest in terms of volume,” according to Yuan.

The team believes the blob underneath southern Africa could be one of the shards of Theia that was left underneath the Earth’s crust after the collision.

These two large blobs are buried around 1,800 miles underneath the surface of the Earth, according to Julien Aubert, an expert on geomagnetism from the Paris Institute of Earth Physics. Aubert believes it is possible that one of these blobs is to blame for the anomaly.

According to his team’s hypothesis, after Theia crashed into the Earth, two parts of the protoplanet may have sunk and been preserved in the deepest part of the Earth’s mantle, creating the blobs we see today.

These blobs, known as large low-shear-velocity provinces, are between 1.5 to 3.5 percent denser than the Earth’s mantle. They are also significantly hotter.

According to Yuan’s theory, whenever these blobs get involved in the convection process, they disrupt the regular flow of material to and from the mantle and the core by leading the mass of iron under southern Africa to swirl in a different direction.

The orientation of the Earth’s magnetic field depends on which way this mass of iron is moving. For the magnetic field to remain strong and stable, all of it must be oriented the same way. The southern African blob is causing the iron to deviate from its regular pattern, thus weakening the overall integrity of the magnetic field.

Yuan’s theory isn’t perfect. Christopher Finlay, a geophysicist at the Technical University of Denmark raised the important question of why there isn’t a similar anomaly with the second blob, which is underneath the southern and central Pacific Ocean. Scientists are still working on figuring out the answers.

Learn more about the Earth’s magnetic field by reading the latest articles at Space.news.

Scientists propose to catch up and study mysterious interstellar object