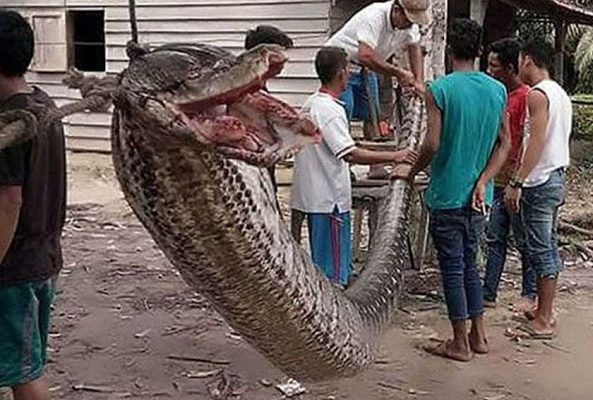 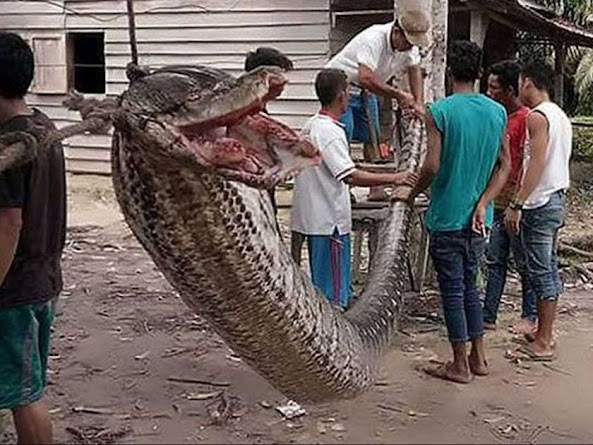 A woman in Indonesia was swallowed whole by a python as she checked on her cornfields last week. The woman lived on Muna Island off the coast of Sulawesi, reports strangesounds.org.

She left her home Thursday night to visit her cornfield about a half mile from her home.
Reticulated pythons are common in the area, but it was actually wild boars that the farmer had been worried about initially because they’d be destroying her crops.
When Wa Tiba didn’t return, her sister went out to find her and found her footprints, flashlight, slippers, and machete.
On Friday, 100 villagers from Persiapan Lawela searched the area and found a 23 foot-long snake with a very swollen belly. The villagers killed the snake, cut it open, and found Wa inside intact. 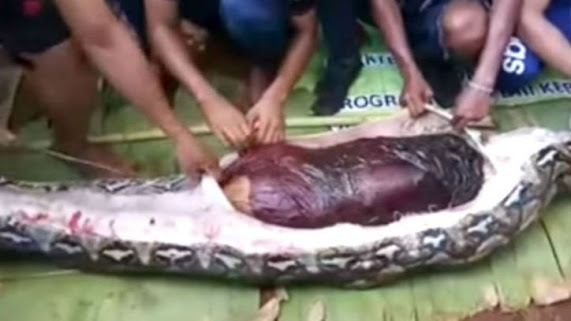 Videos posted on some websites showed villagers slicing open the python’s carcass to reveal the woman’s body.
“When they cut open the snake’s belly they found Tiba’s body still intact with all her clothes,” Faris said. “She was swallowed first from her head.”
She probably didn’t die inside the snake: A reticulated python secures its prey with a bite, then wraps its body around the victim, squeezing down until the victim cannot breathe, before consuming.
Pythons are the largest snakes in the world and usually only eat smaller mammals. Most members of this family are ambush predators, in that they typically remain motionless in a camouflaged position, and then strike suddenly at passing prey. Attacks on humans, although known to occur, are extremely rare.
Source: strangesounds.org