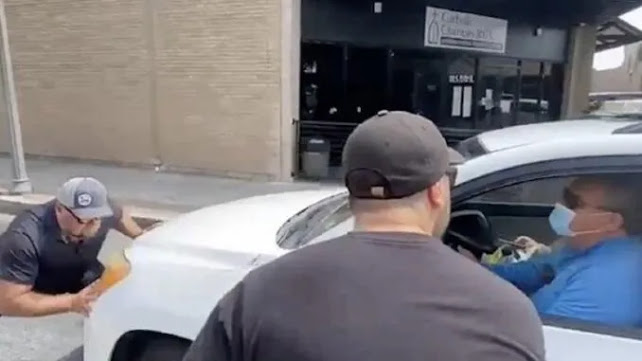 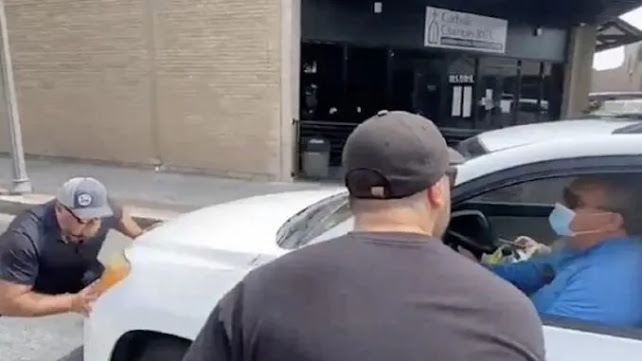 Alex Jones was filmed on Wednesday stopping smugglers from illegally transporting children at the U.S.-Mexico border. While documenting the border crisis in Texas, Jones and his crew witnessed a man secretly shoving several young kids into the luggage compartment in the back of his vehicle.

According to Jones, children were being taken “from the dirt floor child camp under the International Bridge in McAllen” to a processing camp in Donna, TX.

The migrants were then transported to a COVID processing center in downtown McAllen, before being brought to Catholic Charities of the Rio Grande Valley.

Thegatewaypundit.com reports: The charity, according to the Infowars report, provides the illegal migrants with airplane or bus tickets to any city they choose in the US and a debit card with $1,200 per person. They are then transported by staff to the airport or bus station. On their website, they claim to “have assisted” over 23,000 individuals who have illegally travelled into this country.

“When the crew was walking to the Christian Charity center near the bus station, they witnessed five children and an adult exiting the center and being loaded in a hatch back car,” Infowars reports. “Three of these children were loaded into the luggage compartment where no seat belts were present. This video picks up where the crew sprung into action.”

Jones immediately stood in front of the vehicle to prevent it from moving, while members of his crew attempted to get police to the scene.

After police arrived, the driver removed the children from the back of the vehicle and brought them back inside the building. He claimed that their mother was with them.