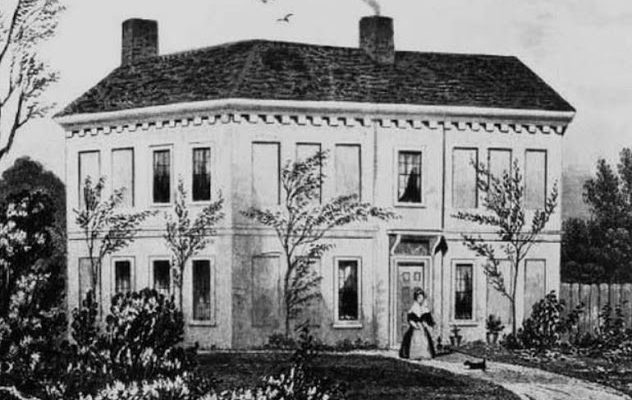 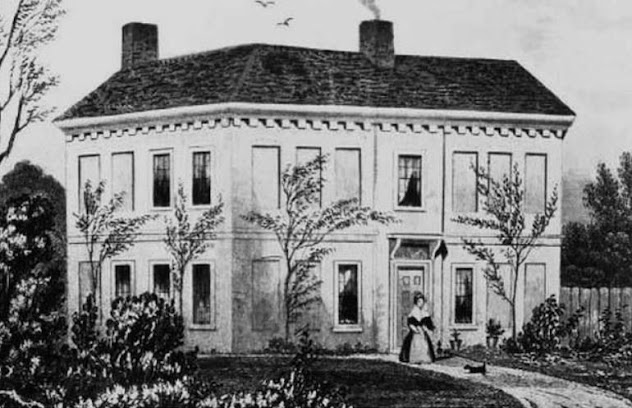 In the early 18th century, Epworth Rectory in Lincolnshire, England, was the site of daily poltergeist disruption. The Queen Mary gave over the rectory to the Reverend Samuel Wesley, but his family (especially his daughter Hetty) was not happy with the move into the faraway rural village.

The local townsfolk were not particularly welcoming to the stern and severe new clergyman either: They set fire to the rectory in 1709 and injured the pastor’s cattle.
However, Wesley decided to rebuild the rectory, and stay on. On December 1, 1716, poltergeist activity started at the Epworth Rectory, Dorcester, South Yorkshire. The children and servants brought their complaints to Reverend Samuel Wesley. 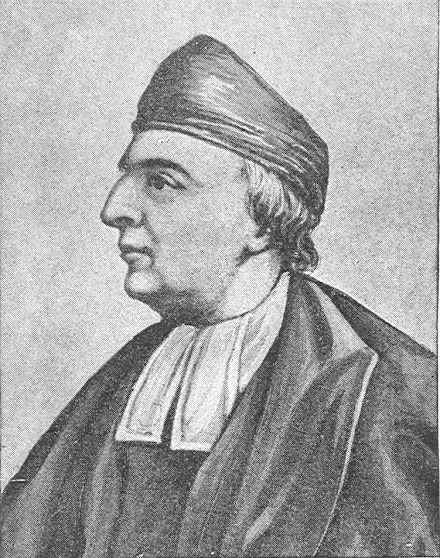 Samuel Wesley
For several nights they had been heard mysterious groans and sounds in their rooms. In addition to those frightening manifestations, they also heard the sound of footsteps ascending and descending the stairs at all hours of the night.
The sounds of bottles smashing and pewter plates crashing could be heard in adjoining rooms; but when the rooms were checked, nothing had been disturbed. On at least one occasion, the bed of a daughter, Nancy, levitated with her on it.
Reverend Wesley was skeptical about the allegations that paranormal manifestations were occurring in his house. After a week of careful nocturnal surveillance throughout the rectory, Wesley had not even uncovered a stirring mouse. One night at dinner, he told his family that he been unable to detect any unusual noises in the rectory.
The Wesleys had four grown daughters who had begun to entertain beaus and suitors. One of the older daughters wished aloud that the ghost would come knocking at the door to their father’s study or bedchamber and give him a fright.
The girls were so peeved with their father that they stubbornly vowed to ignore the disturbances until they became so loud that even he would have to acknowledge them. The next night, nine loud knocks thudded on the walls of Wesley’s bed chamber.
In the morning, Wesley whispered to his wife that he would buy a large dog “big enough to gobble up any intruder.” First thing in the morning, the clergyman obtained a huge mastiff and took it into the rectory. Such a brute would be able to deal with any spook, he decreed. 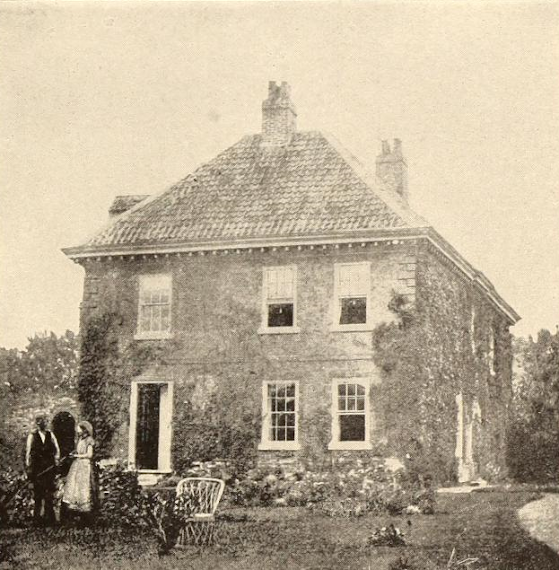 Old Rectory, Epworth
That night, however, as the knocks began to sound, Wesley was startled to see his canine ghostbuster whimper and cower behind the frightened children. One of the older girls teased that the dog was more frightened than they were.
Two nights later, the sounds in the house seemed so aggressively violent that Wesley and his wife were forced out of bed to investigate. As they walked through the rectory, the unseen noisemakers seemed to follow them. Mysterious crashing sounds echoed in the darkness.
The sound of metal clinking seemed to surround them. The Wesleys somehow managed to maintain their courage and searched every chamber rectory for the source of the disruptions, but they found nothing.
Poltergeist activity became a nightly event, usually starting about 9:45 P.M. The impending commotion was always preceded by a “signal” that sounded something like the winding of a very large clock. The noises also appeared to follow a pattern that seldom altered. They would begin in the kitchen, then suddenly move up to visit one of the children’s rooms, where the ghost would knock on the foot and head of the bed.
Wesley demanded to know one night as the knockings in the nursery became especially explosive and challenged the ghost to meet him at his study room. As if in answer to Wesley’s challenge, a sharp knock sounded on the door of his study with such force that the cleric thought the boards would splinter.
Although there were no more disturbances that evening, Wesley soon found that his invitation not been ignored. While in his study one evening, “an invisible power” heavily pushed him up against his desk. On another occasion he was slammed into the door jamb of his study just as he was entering the room.
Wesley decided to obtain reinforcements for the struggle against the evil that had invaded his rectory. He sent for Mr. Hoole, the Vicar of Hoxley, and told him the whole story. Hoole listened patiently to his fellow cleric’s story and told Wesley that he would lead devotions that night. They would see if the thing would dare to manifest in his presence. 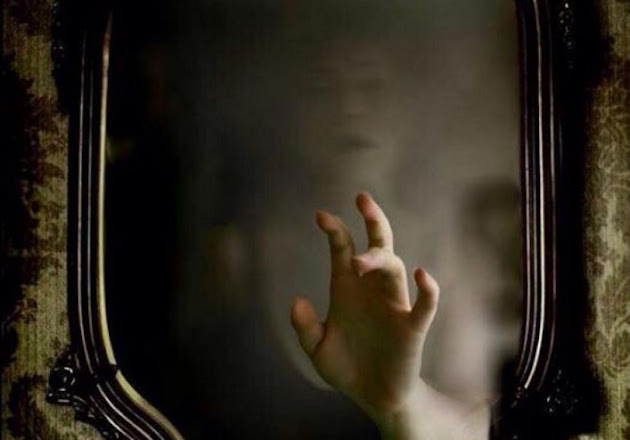 The ghost was not the least bit awed the Vicar of Hoxley. That night the ghost put on such a powerful demonstration of paranormal power that the clergyman fled in terror, leaving Wesley to combat the unseen demon as best he could.
The children had overcome their initial fear of the invisible entity in a most remarkable way. They had come to accept its supernatural antics as a welcome relief from the boredom of village life. They had begun to call their unseen guest “Old Jeffery,” and the ghost almost achieved the status of a pet.
Old Jeffery, it was observed, was a bit testy and temperamental. If any visitor slighted him by claiming that the rappings were due to natural causes, such as rats, birds, or wind, the phenomena would quickly intensify so that the doubter stood instantly corrected.
Some people believed the culprit to be the ghost of “Old Ferries,” which was the name of someone who had died in the rectory. No apparitions were ever seen, but some thought that a rabbit-like creature seen one night, and a badger spotted on another evening, were actually spirits in animal form. Also, no real communication was ever established with the poltergeist; it would repeat raps but would never use them to answer questions.
Once, Mrs. Wesley remembered an ancient remedy for riding a house of evil spirits. Old folklore and texts recommended that those afflicted by bothersome entities should obtain a large trumpet “and blow it mightily throughout every room in the house,” she told the family.
“The sounds of a loud horn are unpleasing to evil spirits.” Then she tried to scare the ghost away by blowing a loud horn throughout the house. The poltergeist responded by doubling its efforts to both day and night.
The children seemed to welcome the fact that Old Jeffery would be available during their playtime hours as well. Several witnesses swore that they saw a bed levitate to a considerable height while a number of the Wesley children squealed merrily from the floating mattress.
The only thing that seemed to disturb the children was the sound that Old Jeffery had begun to make. It sounded like a trailing robe was following them wherever they went.
One of the girls declared that she had seen the ghost of a man wearing a long, white robe that dragged on the floor. A number of the servants testified that they had seen the head of a creature that resembled a rodent peering out at them from a crack near the kitchen fireplace.
As suddenly as the poltergeist activity started, it abruptly stopped at the end of January 1720. While the entity never returned to harass Epworth Rectory with its mischief, the memory of its disruptive period of occupancy has remained to challenge both scholars of Christian history and the paranormal for more than two centuries.
Among the 19 children of the Reverend Samuel Wesley who witnessed the phenomena were John and Charles, the founders of Methodism and the authors of some of Christendom’s best loved hymns.
Paranormal experts suggest that the poltergeist phenomena were actually caused by the unleashing of pent-up psychokinetic activity, either on the part of the frustrated Mrs. Wesley (who was kept in an almost constant state of pregnancy19 births in 20 years, only five children of which lived past infancy), or of the daughter Hetty (who hated the rectory and was at that poltergeist-triggering age somewhere between 14 and 19 years old).
There is also the possibility that villagers who wanted to drive the rector and his family out of town perpetrated some of the activity.
Sources: Real Ghosts, Restless Spirits, and Haunted Places by Brad Steiger; The Complete Idiot’s Guide to Ghosts and Hauntings by Tom Ogden