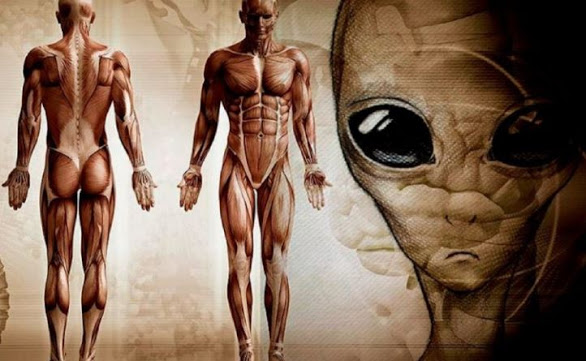 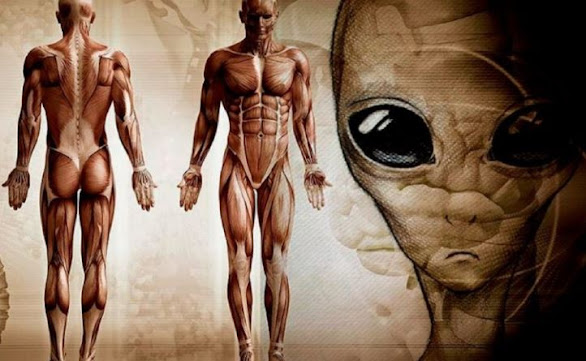 In 2005, an anonymous source sent a series of emails to a UFO Discussion Group led by former U.S. Government Employee Victor Martinez.

These emails detailed the existence of an Exchange Program between the U.S. Government and the Ebens – alien beings from Serpo, a planet from the Zeta Reticuli Star System. The program was thus called Project Serpo.
The source identified himself as a retired employee of the government, claiming he had participated in a special program. 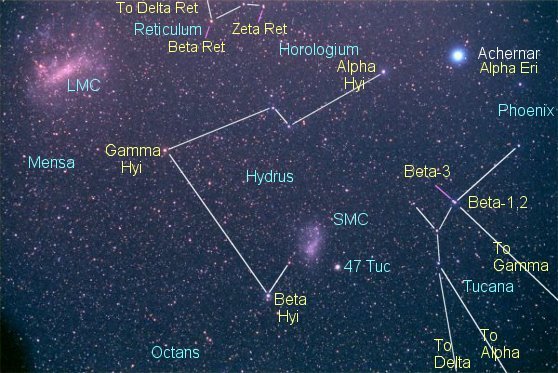 The program’s origins lay with the two UFO crashes in New Mexico in 1947, the famous Roswell incident and another one in Corona.
He claimed one extraterrestrial survived the crash and was transferred to the Los Alamos National Laboratory. The other six deceased extraterrestrials were placed in a freezing facility in the same laboratory.
Establishing communications with the scientists and military personnel, the survivor provided them with the location of its home planet and continued to cooperate until its death in 1952.
The alien provided information regarding the items found inside the crashed UFOs. One of the items was a communication device that it was allowed to use, contacting its home planet.
A meeting was set for April 1964, when an alien craft landed near Alamogordo, New Mexico. Upon retrieving the bodies of their dead comrades, the extraterrestrials engaged in an information exchange that was carried out in English, thanks to the aliens’ translation device.
One thing led to another and in 1965, the aliens accepted to take a group of humans back to their planet as part of the exchange program.
Twelve military personnel were carefully selected for a ten-year stay on Serpo. The ten men and two women were specialists in various fields and their task was to gather as much information as possible, regarding all aspects of life, society, and technology on the alien planet.
They were three years late and four people short when they finally returned in 1978. Two men had died on the alien planet. One man and one woman had decided to stay. The journey to Serpo, located 37 light-years from Earth, took only nine months aboard the alien craft. 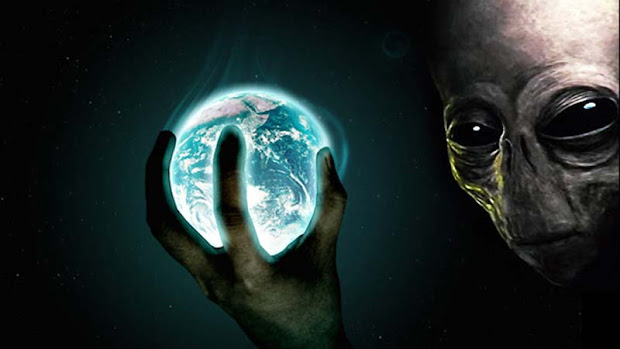 They had learned that Serpo was a planet similar to our own, albeit smaller. It orbited around a binary star system and had an atmosphere similar in composition to the one on Earth.
However, the two suns meant there were higher levels of radiation and the twelve humans had to resort to protection at all times. Two of them died from complications. The heat was extreme and it took the remaining humans several years to adjust.
Another problem was the food. The crew had taken enough food to last them for two and a half years but eventually had to resort to eating native Eben food. Anyone who’s traveled abroad knows about the serious gastrointestinal implications posed by eating local food but the human crew eventually adjusted.
Another problem was the length of the day on Serpo, which was 43 Earth hours long. Also, it never got fully dark as their night skies were dimly lit by the smaller sun. The crew had complete freedom to explore the alien planet and they were not hindered in any way.
The geology of the alien world was different; there were few mountains and no oceans. Several types of plant-like life existed but mostly near the polar area, where it was cooler.
There were also types of animal life and some of the larger ones were used by Ebens for work and other tasks but never as food sources. They produced their food through industrial processes, of which they had many.
The inhabitants of Serpo lived in small communities led by a large city. They lacked a central government but seemed to be doing fine without it.
The Ebens had leadership and an army but the Earth team noticed they never used weapons of any type and violence was virtually unheard of. They had no concept of money or commerce. Every Eben was issued items in accordance with their needs.
The planet’s population was about 650,000 individuals. The human crew noted the Ebens were disciplined in all aspects of their lives, working on schedules based on the movements of their suns. There were no other civilizations on Serpo except the Ebens.
Their method of reproduction was similar to our own but it had a much lower success rate. Therefore, their children were highly isolated.
In fact, the only problem the human crew had was when they intended to photograph Eben children. They were escorted away by the army and asked not to attempt that again.
Upon returning to Earth, the remaining eight members of the expedition were quarantined for a year. During this period, they were debriefed and the complete account amassed around 3,000 pages.
All members of the expedition have since died from various complications due to radiation exposure. The fate of the two people who chose to remain on Serpo is unknown. The Ebens have not contacted Earth since 1985.
Related Topics:
Up Next

Jupiter does not revolve around the Sun

Spaceship Moon Theory: Is The Moon An Artificial Alien Satellite

Are you still sure that intelligence agencies and scientists know more about extraterrestrial civilizations than anyone else? In fact, science centers, the CIA, and individuals like Elon Musk and Bill Gates know less about UFOs and alien visitations than the Pope. You may be surprised to learn that the Vatican has its own space exploration program.

The Vatican Observatory is an astronomical research and educational institution supported by the Holy See. Originally based in the Roman College of Rome, the Observatory is now headquartered in Castel Gandolfo, Italy, and operates a telescope at the Mount Graham International Observatory in the United States.

Indirect confirmation that the Vatican is “in the know” are the statements of Pope Francis and his predecessor about extraterrestrial life.

Cultists have repeatedly pointed out that people will soon get acquainted with extraterrestrial intelligence, learn more about extraterrestrial civilizations. And there is no doubt that the Vatican takes extraterrestrials more than seriously. For example, the possibility of converting them to Catholicism has been announced.

“Honestly, I wouldn’t know how to answer that,” the Pope replied, explaining that while scientific knowledge has so far ruled out the possibility of other thinking beings in the universe, “until America was discovered, we thought it didn’t exist, and instead it did,” Pope Francis said.

“But in any case, I think we should stick to what scientists tell us, still aware that the Creator is infinitely greater than our knowledge.”

Francis said the one thing he is sure of in the universe and the world we live in is that it is “not the result of chance or chaos,” but rather of divine intelligence.

Yes, the Vatican’s research power pales in comparison to NASA’s latest technological advances, but the facts speak for themselves.

Until the 19th century, this religious organization was known for opening astronomical observatories and scientific schools where young and able scientists were trained in the technique of observing space.

The Vatican Observatory, which still exists today, is one of the oldest and most authoritative on a planetary scale.

But that’s not all. It turns out that the Vatican also has a space program that, according to experts, is not much inferior to the program of the same NASA.

The Vatican has quite modern and powerful telescopes and other observation equipment. The largest telescope observes the universe in the infrared range and significantly exceeds the capabilities of analogues.

And another interesting fact to ponder. While the Vatican conducts space research, more and more people on Earth begin to believe in the reality of extraterrestrial life.

According to statistics, in 1990 this number was estimated at 27% of the world’s population. In 2000 it increased to 33%. Now it is approaching the 65% mark. Thus, the Vatican’s awareness of extraterrestrial life can be seen as a “fire of knowledge”.

Father Funes said it is difficult to rule out the possibility that other intelligent life exists in the universe, and he noted that a field of astronomy is now actively searching for “biomarkers” in the spectral analysis of other stars and planets.

“This is not contrary to faith, because we cannot place limits on God’s creative freedom,” he said.

“To use the words of St. Francis, if we consider earthly creatures to be ‘brothers’ and ‘sisters,’ why can’t we also speak of an ‘extraterrestrial brother,'” he said.

According to some scientists, the goals and objectives of church officials have changed somewhat. Now they are clearly focused on preparing humanity for an encounter with extraterrestrials.

Science has long been interested in the so-called wormholes. These are tunnels in space-time, giving, so far only theoretically, the possibility of instantaneous movement between galaxies.

Recently, for the first time, it turned out that in our Galaxy there is an object similar to a wormhole. It is located at a distance of 1566 light years from us, by space standards within easy reach.

Portals between universes or galaxies are theoretically possible, their existence does not contradict the laws of physics. Albert Einstein and Nathan Rosen stated this back in the 1930s.

Later, several theories appeared, in their own way explaining the likelihood of such travel using the so-called wormholes.

One such hypothesis compares a wormhole and a black hole. The entrances to them as a region of powerful gravity are very similar. Based on this analogy, scientists hope that tunnels in space-time can be detected, including using the Event Horizon Telescope (EHT), the main purpose of which is to observe black holes.

EHT is a complex of radio telescopes located in different parts of the world. With his help, several discoveries have already been made, last year he found a black hole in the center of our native galaxy

In general, there are supposedly millions of such black holes in the Milky Way, and most importantly, some of them are potentially the mouths of wormholes.

Astrophysicists in the United States and Germany recently discovered the first such object. This is Gaia BH1, an object ten times the size of the Sun, located 1566 light-years from Earth.

Gaia BH1 has a Sun-like star orbiting it. Usually, in such binary systems, the black hole is “fed” by the star, simultaneously emitting powerful X-rays. But this black hole does not attract matter to itself and does not radiate anything. Astronomers conventionally call such mysterious objects “sleeping” black holes. They have never before been found in our galaxy.

This is either a “sleeping” black hole, or a perfectly suitable candidate for the “role” of a wormhole. The discovery was made possible by the highly functional Gaia space telescope and the ground-based Gemini telescopes.

Traditionally, a classical wormhole is represented as a three-dimensional tube in a curved two-dimensional space. This does not contradict general relativity, but most scientists believe that such tunnels are only stable if they are filled with exotic matter of negative energy density, which creates a strong gravitational repulsion and prevents the cavity from collapsing.

However, there are also other opinions. For example, Pascal Koiran, professor of computer science at Ecole Normale Superieure of Lyon, published calculations according to which exotic matter is not needed to pass through the wormhole at the level of elementary particles.

You may feel as if you are being transported from one place to another without actually moving. As you move through the wormhole, you could experience changes in gravity or shifts in the space-time continuum.

The inside of the tunnel may appear to be made out of strange and exotic particles, with colors and shapes that seem out of this world. In some cases, the tunnel may even be filled with a mysterious form of energy that seems to be alive.

Wormholes were and remain today the only chance for interstellar flights. So scientists will continue their research, no matter how fantastic they may seem.