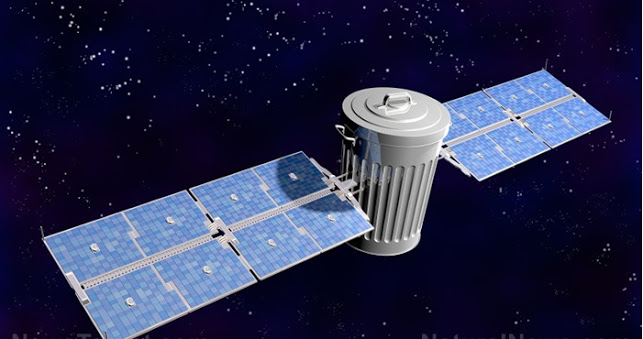 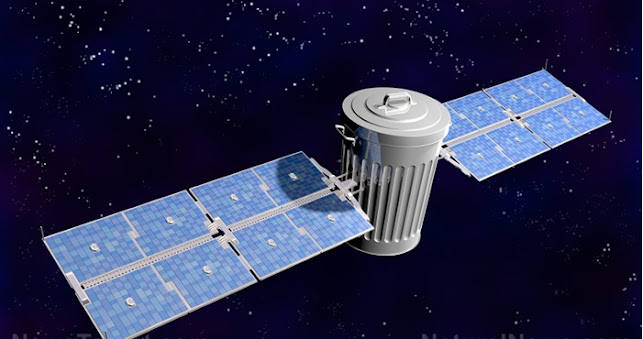 (Planet-Today) An enormous lump of space junk that the International Space Station (ISS) dumped on March 11 is slated to fall back to Earth in two to four years, according to the National Aeronautics and Space Administration (NASA).

The 2.9-ton piece of space junk, a pallet of old nickel-hydrogen batteries given the name “Exposed Pallet 9” or “EP9,” is the largest thing that the ISS has ever jettisoned. NASA is assuring that it will burn up harmlessly in the atmosphere when it makes its descent to Earth. But not everyone is convinced that that will be the case.

“This strikes me (haha, a pun given the circumstances) as dangerous. It seems big and dense so unlikely to burn up completely,” astronomer and author Phil Plait, who previously worked at NASA’s Hubble Space Telescope, tweeted on March 12.

Jonathan McDowell, an astrophysicist based at the Harvard-Smithsonian Center for Astrophysics, agreed with Plait but noted that China’s Tiangong-1 was even bigger at more than eight tons. The bus-size prototype space station burned up on its way down to Earth in 2018, breaking apart into several pieces as it crashed into the Pacific Ocean.

“I would say given how dense EP9 is, it’s concerning, albeit at the low end of concerning,” McDowell tweeted in reply to Plait.

How a rocket launch failure led to ISS space dump

The ISS did not intend to dispose of its old batteries this way. It sent previous batches back to the planet aboard Japan’s disposable supply spaceships, the H-II Transfer Vehicles (HTVs), which burned up in the atmosphere along with the batteries they carried.

But the 2018 launch failure of a Russian Soyuz rocket that carried American astronaut Nick Hague and Russian cosmonaut Alexey Ovchinin disrupted this pattern. Both astronauts safely landed after a launch abort sequence, but Hague was supposed to assist in the battery swaps. With Hague still on Earth, managers had to adjust and send an HTV away without an old battery pallet.

EP9 was intended to be flown home through the ninth and final HTV. But the battery pallet that came immediately before it had to take its ride because of the adjustment. At the same time, Japan had already stopped making HTVs because it is developing a next-generation supply spaceship. As such, there were no more HTVs coming to the station to retrieve and get rid of EP9.

The ISS then decided to maroon the ninth battery pallet to space. Ground controllers at NASA’s Johnson Space Center in Houston commanded the station’s robotic arm to jettison EP9. The space junk moved safely away from the outpost and entered orbit around Earth.

The SUV-sized pallet joined some 3,000 dead satellites and 34,000 discarded objects that are at least four inches wide. Though these objects are defunct, they can still collide with each other or with active satellites. In 2009, for example, a retired Russian satellite destroyed an operational American satellite after crashing into it. Initial estimates showed that the collision scattered around 500 pieces of debris.

The United Nations has urged all organizations to remove their satellites from orbit within 25 years after the end of their mission. But there is currently no established method of doing this, though experts have proposed various removal mechanisms, such as firing lasers to heat up the satellite and using magnets.

Organizations are also exploring ways to reduce space waste. The European Space Agency, for example, plans to launch a suicide robot that will pull space debris out of orbit. Moreover, Elon Musk’s SpaceX aims to equip its next-generation reusable rocket Starship with the ability to collect debris.