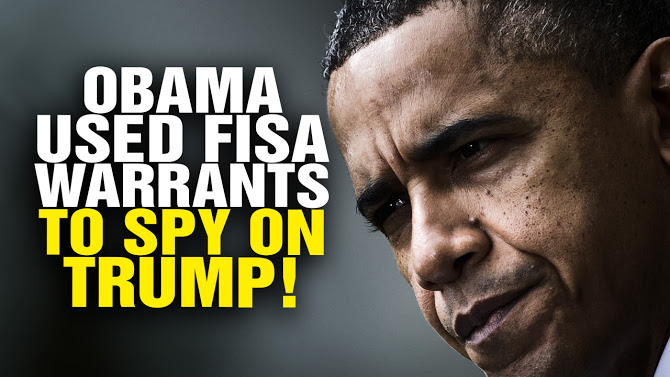 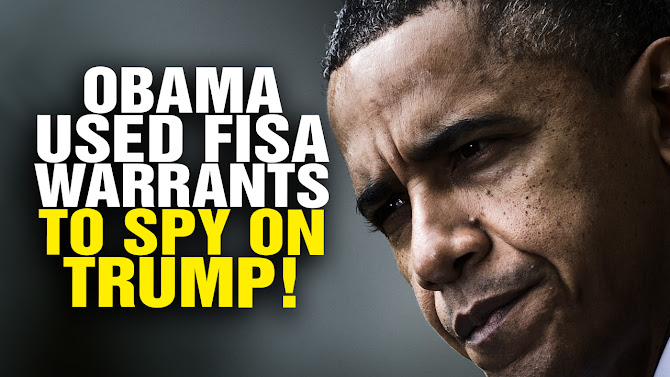 (Planet-Today) Once upon a time, ace investigative journalist Sheryl Attkisson broke massive stories for CBS News and was considered one of the best in her business at doing so.

She had good instincts, great insight, and killer sources.

Her problem was that she was uncovering unconstitutional and illegal activities that exposed the wrong political party and president: Democrat Barack Obama.

For her sins, she was eventually forced out at CBS News and has since made her own way — still investigating, still reporting, still exposing corruption, graft and illegal activities.

But because she got too close to ‘the action’ during her CBS News tenure, Obama’s deep state sought to fix her and fix her good: According to her book, “Stonewalled,” some shadowy government operative accessed her laptop in the dead of night and planted a document containing information she wasn’t supposed to have. The only reason she wasn’t busted by the feds after being set up is because she took her laptop to a trusted computer forensics expert who happened to discoverer it and remove it.

Yeah, that kind of stuff actually happens in real life, not just in suspense movies. And our government does it all the time, according to a deep state operative-turned whistleblower interviewed by Georgia-based attorney Lin Wood.

Wood has since released transcripts of his interview, and what the operative/whistleblower has to say is legitimate bombshell material.

According to screen grabs of the transcripts posted online at The Conservative Treehouse, the whistleblower described scenarios that most Americans would relate to Putin’s Russia or a third-world banana republic. The operative said that the deep state often targeted individuals to compromise — and then control — such as judges (Chief Justice John Roberts’ rulings against conservative principles and Trump policies make a lot more sense now, don’t they?). 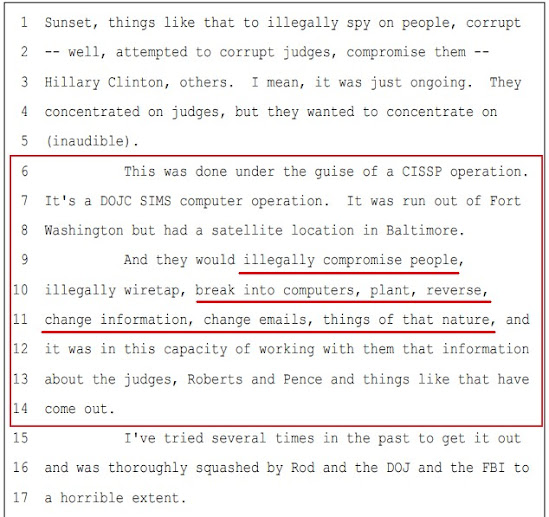 “This was done under the guise of a CISSP operation. It’s a DOJC SIMS computer operation. It was run out of Fort Washington but had a satellite location in Baltimore,” the whistleblower testified to Wood.

“And they would illegally compromise people, illegally wiretap, break into computers, plant, reverse, change information, change emails, things of that nature, and it was in this capacity of working with them that information about the judges, Roberts and Pence and things like that have come out,” the whistleblower continued.

There’s more. The whistleblower talks about working out of the Baltimore office at time when former Deputy Attorney General Rod Rosenstein was a U.S. attorney there; Rosenstein, readers may recall, was accused of offering to wear a wire for then-FBI Deputy Director Andrew McCabe so he could set up then-President Donald Trump for a fall and have his Cabinet invoke the 25th Amendment to remove him.

Rosenstein denied that under oath to Congress, but lo and behold, a McCabe memo from 2019 strongly suggests that yes, the two of them did talk about Rosenstein wearing a wire “to collect additional evidence on the president’s true intentions,” and that Rosenstein was the one who suggested it.

“As our conversation continued, the DAG proposed that he could potentially wear a recording device into the Oval Office to collect additional evidence on the president’s true intentions,” McCabe wrote in the memo. “He said he thought this might be possible because he was not searched when he entered the White House.”

Attkisson has since filed a lawsuit naming Rosenstein and others for the intrusion into her computer, as she notes in this update:

The site then posted a Fox News interview screen grab of House Intelligence Committee Ranking Member Devin Nunes saying: “These are all a bunch of dirty cops and, I’ll tell you, some of them better go to jail, or we’re going to go down in a spiral in this country because you will not have a Republican that will trust the FBI or the Department of Justice for generations to come.”