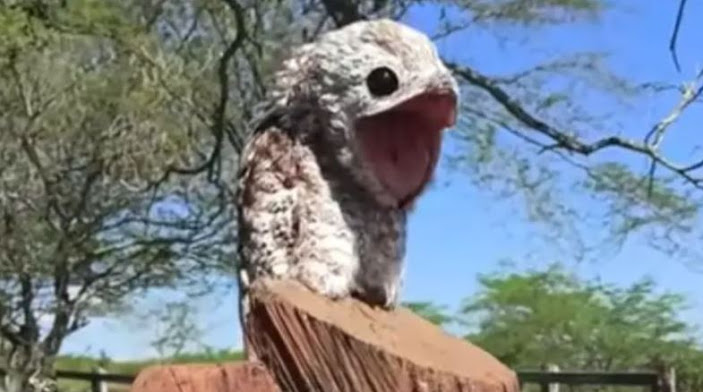 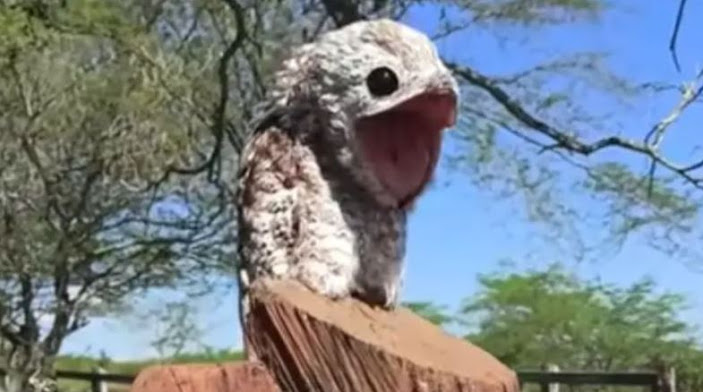 In the following video, you can see how a very rare bird with a rather creepy appearance scared a woman. The bird was sitting on a small post and did not stand out against the general background when a local resident stumbled upon it in mid-December last year.

At first, the woman thought it was an ordinary pole, but in fact it turned out to be a creepy looking bird, which became famous not only for its appearance, but also for its horrifying scream.
The bird began to scream only after the woman came too close to her. All this happened on one of the farms in Colombia. It is worth noting that the neighbors said that they had heard such screams several times before.
The alien-bird or Great Potou is more active at night. During the day, as a rule, he sits motionless on some kind of pillar, and after sunset he begins to look for large insects.
The bird has a huge head and looks a bit like an owl, but it has absolutely no relatives and belongs to a different species.
In most cases, the Great Potou lives on the edges of the forests and it is very difficult to see him, because he knows how to perfectly disguise himself and blend in with the environment.

The 3.75 Million Years Old Laetoli Footprints – Who Made Them?

A Skull Staring Back: The Unsolved Homicide Of Linda Sherman

Is There An Afterlife? The Strangest Experiments Ever Done To Find Out